‘When rules-based order was challenged in Asia…’: Jaishankar replies to Europe 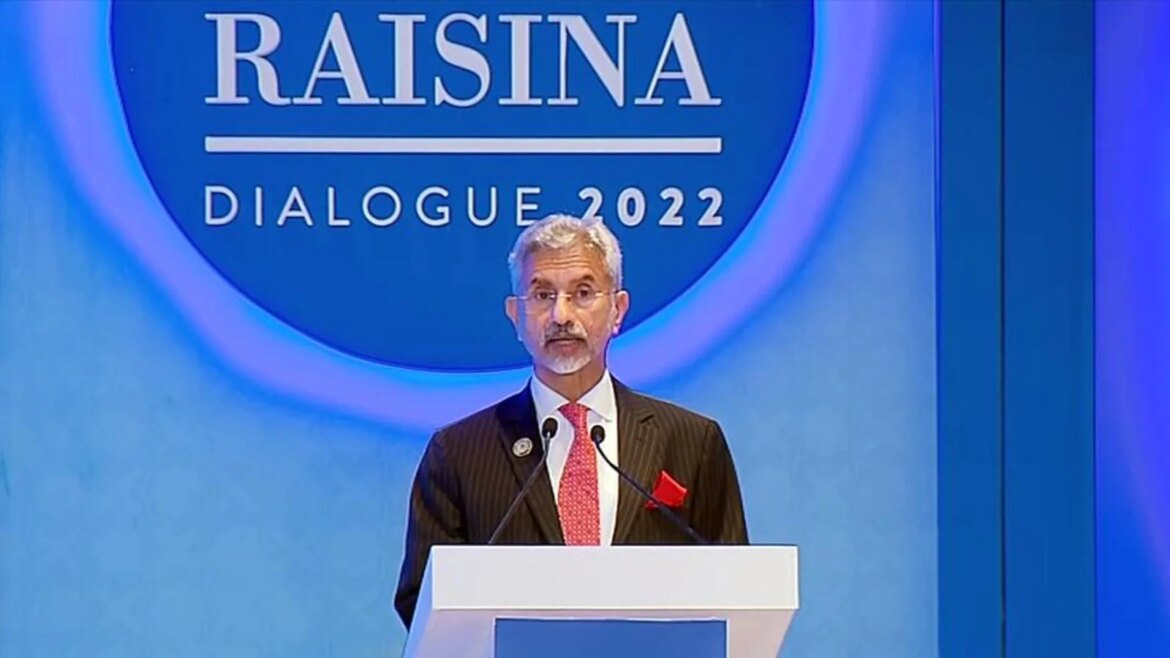 New Delhi: External affairs minister S Jaishankar on Tuesday pushed back against European pressure for India to oppose Russia’s actions in Ukraine by highlighting the fallout of the chaotic withdrawal of Western powers from Afghanistan and their silence on challenges to the rules-based order in Asia.

India’s position on the conflict in Ukraine emphasises the urgent cessation of fighting and a return to diplomacy and dialogue, and stresses the need to respect the sovereignty and territorial integrity of states, Jaishankar said at an interactive session at the Raisina Dialogue, the foreign ministry’s flagship conference on geopolitics.

He was responding to questions from Norway’s foreign minister Anniken Huitfeldt, who said Russia’s aggression was an instance of an authoritarian state attacking a democracy and asked about India’s role in defending free societies, and Luxembourg foreign minister Jean Asselborn, who asked if Russian foreign minister Sergey Lavrov offered a justification for his country’s actions in Ukraine during a recent visit to New Delhi.

Jaishankar responded by indicating that European powers had not reacted to challenges to the rules-based order in Asia for almost a decade. He said the West should “remember what happened in Afghanistan less than a year ago, where an entire civil society was thrown under the bus by the world”.

Jaishankar acknowledged the Ukraine conflict is the dominant issue in terms of principles and values as well as practical consequences, such as higher energy prices, food inflation, and various disruptions across Asia and Africa.

“There is really nobody who wants to see this conflict. There will be no winners out of this conflict,” he said. “Our position is that we all have to find some way of returning to diplomacy and dialogue. And to do that, the fighting must stop.”

India has not publicly criticised the actions of Russia, which accounts for a majority of the hardware used by the Indian armed forces. It has also taken up Russian offers of discounted oil and other commodities in the face of calls from Western leaders to change its position on the Ukraine crisis.

When former Swedish prime minister Carl Bildt questioned whether Russia’s invasion of Ukraine could inspire China to “do things that are otherwise not allowed”, Jaishankar replied: “We’ve been hearing for the last two months lot of arguments from Europe, saying there are things happening in Europe and Asia should worry about it because these could happen in Asia.

“Guess what – things have been happening in Asia for the last 10 years. Now, Europe may not have looked at it, so this could be a wake-up call for Europe…to also look at Asia.”

In an obvious reference to India’s problems with China and Pakistan, Jaishankar said there are parts of Asia where boundaries have not been settled and terrorism is often sponsored by states. It is important for the rest of the world to recognise that the rules-based order in Asia has been under stress for more than a decade, he added.

Jaishankar listed his top three priorities as getting the current world order right and developing an operational strategy and capabilities to deal with the situation. The world order was impacted by several big shocks in the past two years, including the Covid-19 pandemic, the situation in Afghanistan and Ukraine, and the frictions between the West and Russia and the US and China. A self-reliant India should have the capabilities to take on greater responsibilities around the world, he said.