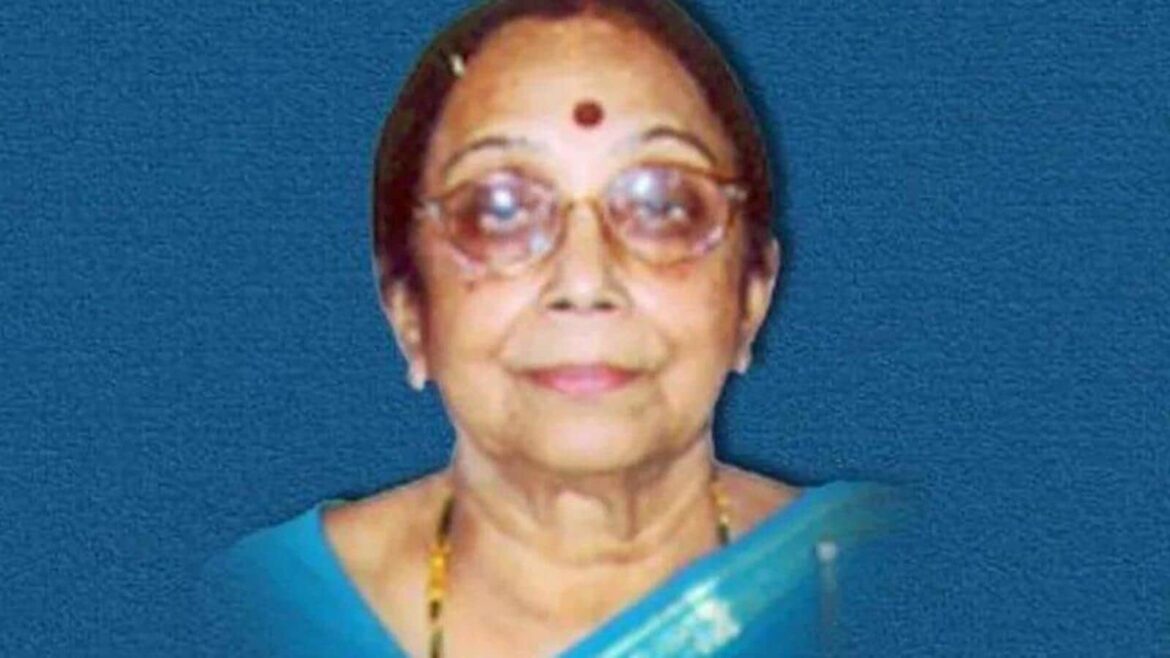 Four time Congress MP and first chairperson of National Commission for Women (NCW), Jayanti Patnaik passed away at a hospital in Bhubaneswar on Wednesday evening. She was 90.

The wife of former Odisha CM and ex-governor of Assam JB Patnaik, Jayanti was rushed to a private hospital at around 8pm after she developed complications.

She died at the hospital. She is survived by son Prithvi Ballav Patnaik and two daughters.

Jayanti was elected from Cuttack and Berhampur Lok Sabha constituencies in 1981, 1984 and 1998.

She was nominated to Rajya Sabha in 1996.

Born on April 7, 1932, Patnaik completed her graduation in sociology from Shailabala Women’s Autonomous College in Cuttack.

She did her post-graduation from Tata Institute of Social Science (TISS), Mumbai.

Patnaik was also known for her literary skills having translated KM Munshi’s Krishnavatara into Odia.

In 1953, she got married to JB Patnaik, when the latter became president of Odisha Pradesh Youth Congress.

JB Patnaik passed away in 2015 in Tirupati.

C president Niranjan Patnaik offered their condolences and pay their tribute to the departed leader.

Navratri 2022: When is Maha Ashtami and Navami in Navratri? Know date, shubh muhurat, Parana time and other details

Having everybody in the room was real challenge: Jaishankar on G20 Bali Summit

3 kids get stuck inside apartment lift in Ghaziabad, FIR against office bearers