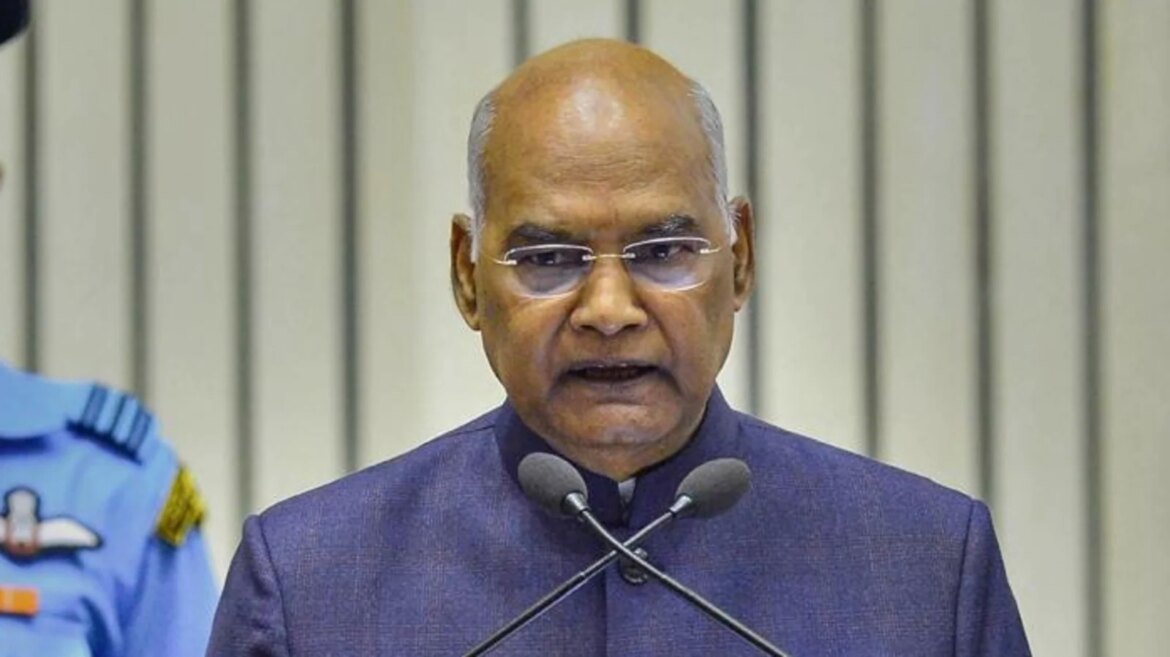 President Ram Nath Kovind on Sunday said India’s position on the ongoing Russia-Ukraine war has been “stable and consistent”, while calling for an immediate end to the violence and “a return to the path of dialogue and diplomacy”.

Addressing the media at the Institute for International Relations in Turkmenistan where he is on a state visit, Kovind said, “We are deeply concerned about the deteriorating humanitarian situation and call for an immediate end to violence and a return to the path of dialogue and diplomacy… We have also provided humanitarian aid to Ukraine,” he was quoted as saying by news agency ANI.

India has so far maintained a neutral stance on the war, while calling for an end to the violence. It has abstained from all Ukraine-related votes at the United Nations that condemned Russian aggression, while emphasizing the importance of the UN charter, international law and respect for territorial integrity and sovereignty of states.

India has also emphasized the need for dialogue and diplomacy on several occasions. On Wednesday, Prime Minister Narendra Modi said the ongoing Russia-Ukraine war has “raised questions about the stability of the international order”. India is also considering buying crude oil from Russia at discounted rates, according to reports.

“The recent developments in Europe have raised questions about the stability of the international order. In this context, it has become a greater priority to have regional cooperation,” PM said while delivering a virtual address at the BIMSTEC summit.

India has been under immense indirect pressure from Western nations that have openly condemned Russia’s military aggression against Ukraine. Several leaders of the Opposition have also questioned the BJP-led central government’s position on the matter.

Russian foreign Sergey Lavrov paid a visit to India last week and held talks with Modi and external affairs minister S Jaishankar. During the meeting with Modi, he conveyed India’s readiness to contribute in any way to the peace efforts.

Recently, Congress MP and a former UN undersecretary-general Shashi Tharoor said India’s stance has been “a bit of a dance on a tightrope”.

“India has gone through a very complicated and challenging time in negotiating as it were its own stand on the (Ukraine-Russia) crisis. There is no doubt that India in its very first statement seemed to be a little unwilling to say anything that the Russians will be upset about,” he added.

Russia’s war on its pro European neighbour has entered the sixth week with Ukraine claiming to have taken control over the capital Kyiv, the city that had been slowly surrounded by Russian forces. Moscow had launched a full-scale invasion of Ukraine on February 24.

Ukrainian President Volodymyr Zelenskyy, in his nighttime video address to the nation, said that Russian troops have mined the entire nation. “They are mining all this territory. Houses are mined, equipment is mined, even the bodies of dead people.” he said.

Over 70 people fall ill after consuming buckwheat flour in Haridwar