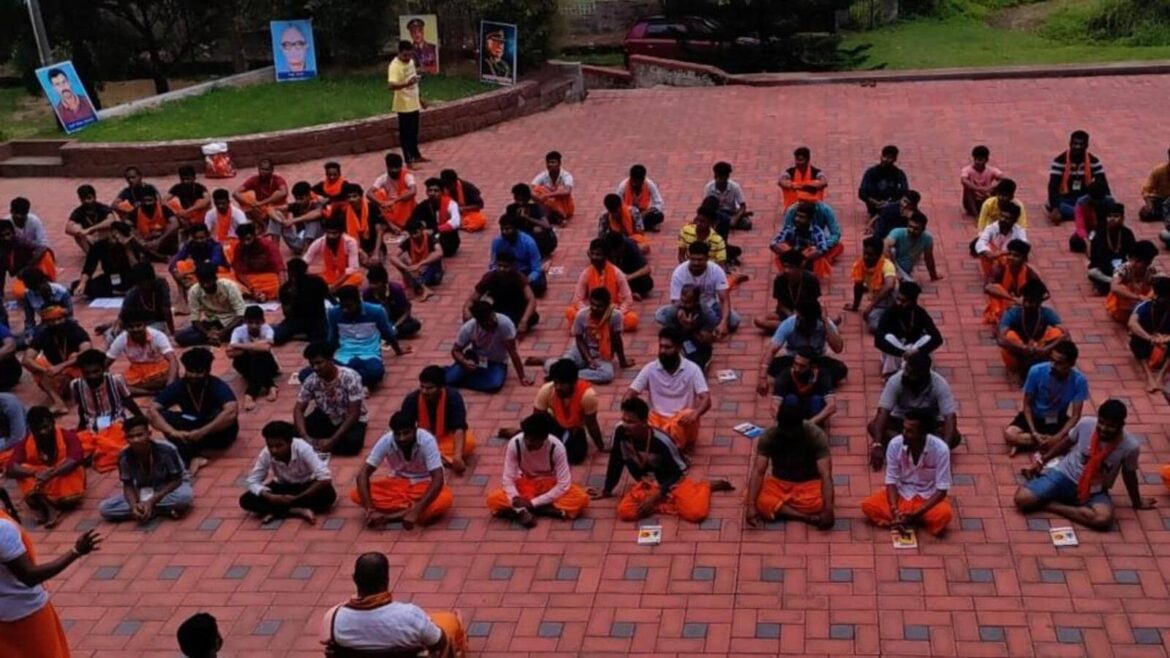 The Karnataka police are trying to collect information about a week-long “arms training” camp conducted by right-wing group, Bajarang Dal, in Ponnampet in Kodagu district, about 240km from Bengaluru, a police official in the know of matter said on Sunday.

During the training camp, in which over 100 people took part, weapons like trishul (trident) were distributed among the participants, the official said.

“The trishul that we give is just 5.5 inches and not even sharp. It is not considered a weapon but a religious symbol,” south Karnataka convener for the Bajarang Dal Raghu Sakleshpur said. “We conduct such sessions every year but the last two years it did not happen because of Covid-19,” Sakleshpur said.

Pictures of the training camp, with youngsters firing air guns and later being given the trishul attracted sharp criticism on social media platforms for inaction against such activities.

“We conducted the camp like every year. We give training during such camps. A similar camp also happened in Chitradurga in 2019,” said a Bajarang Dal worker, requesting not to be named.

“We distribute the trishuls under ‘trishula deekshe’ which is a part of our practice. These trishuls have never been misused,” he added.

The development comes at a time when the Basavaraj Bommai-led Bharatiya Janata Party (BJP) government in Karnataka has been accused of turning a blind eye on similar activities carried out by right-wing groups.

“We are still collecting details of this particular training camp in Ponnampet. So far, no complaint has been filed in the matter,” said an official from the local police station, requesting not to be named.

Despite repeated attempts, superintendent of police, Kodagu district, did not respond to calls and messages seeking his comment.

Kodagu is a stronghold of the BJP and falls in the Malnad belt, bordering Dakshina Kannada, making it an ideal space to experiment with Hindutva-based politics in a state that otherwise depends heavily on caste equations.

Kodagu has backed the BJP for multiple elections and several elected representatives, including two MLAs, Apachu Ranjan and KG Bopaiah, and one MP Prathap Simha, who are from the saffron party.