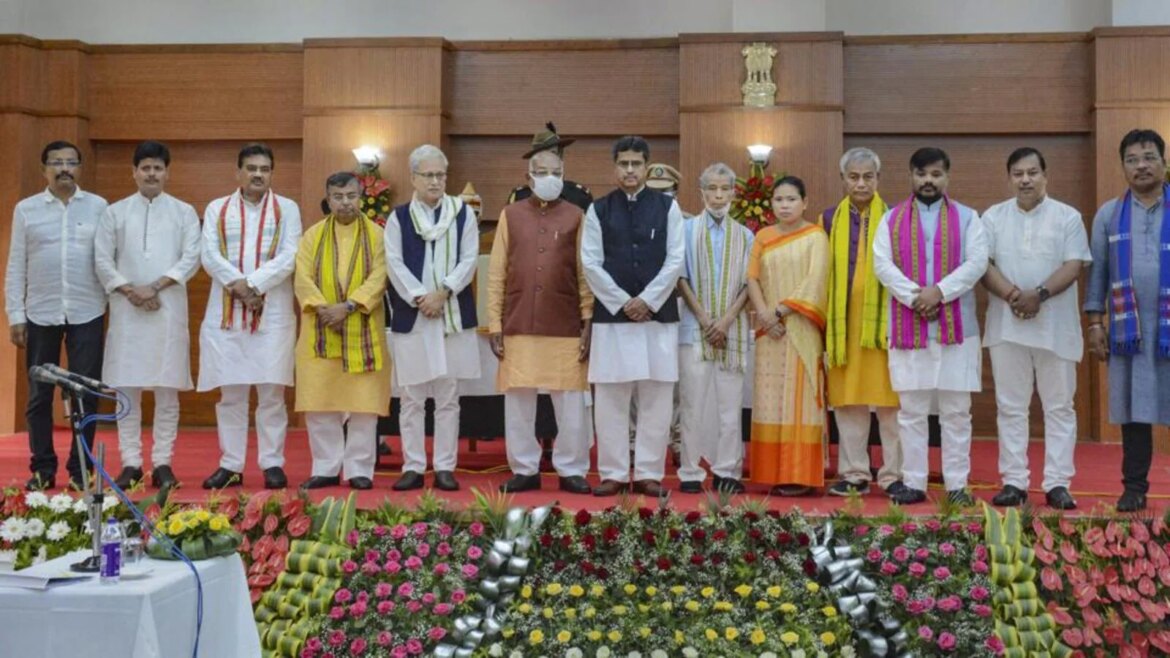 AGARTALA: Eleven ministers were inducted into Manik Saha’s council of ministers on Monday a day after he was sworn in as the Tripura chief minister following his predecessor Biplab Kumar Deb’s resignation from the post.

Jamatia is a Bharatiya Janata Party (BJP) leader while Reang is a legislator of ally Indigenous Peoples’ Front of Tripura (IPFT). IPFT’s Mewar Kumar Jamatia, who was the fisheries minister in former Deb’s cabinet, was dropped. Jishnu Devvarma will continue to as the deputy chief minister.

Rampada Jamatia said the BJP’s prospects for the 2023 assembly polls remain bright and that the change of guard will have no impact on it. “Development will surely come if everybody stays together.”

Reang said he shall try to perform duties assigned to him. “Among many other priorities, I shall focus on drinking water and education in my area.”

Deb, who became the first BJP chief minister of Tripura in 2018, was replaced on Saturday ahead of the 2023 polls in the state. Deb said he will focus on strengthening the party to ensure the BJP’s return to power.

A dentist, Saha joined the BJP in 2015 and was made chief of the party’s state unit in 2020. He became Tripura’s first Rajya Sabha Member of Parliament from the BJP this year

World No. 2 Daniil Medvedev still hopeful of playing in Wimbledon 2022