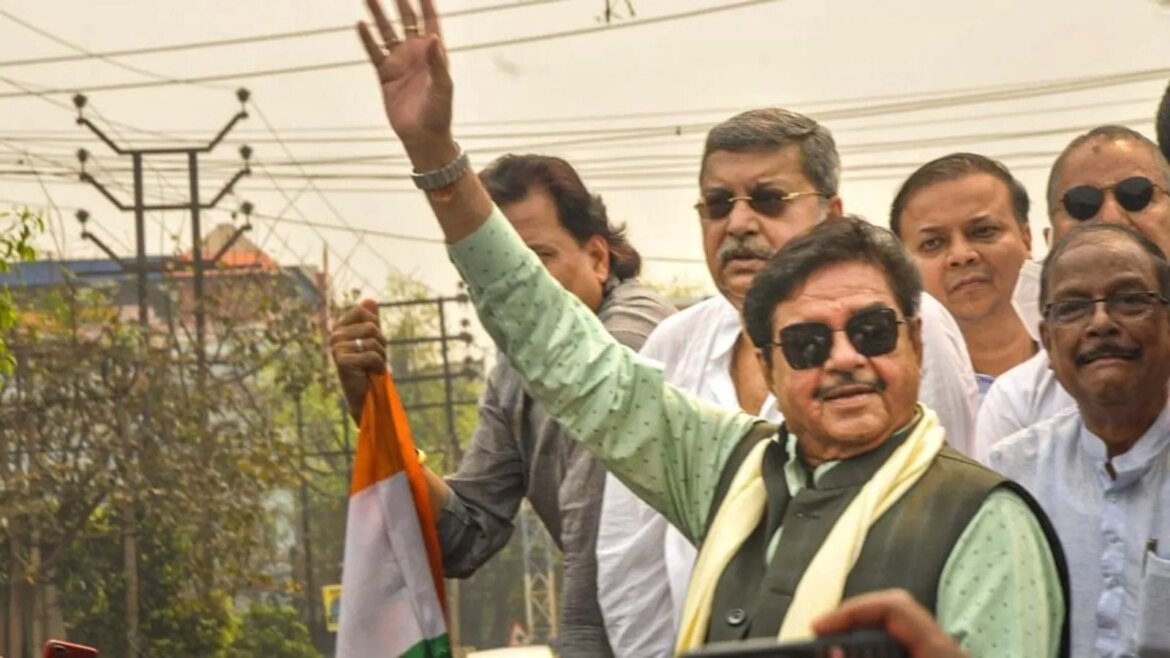 Trinamool Congress leader Shatrugan Sinha is set to return to the Lok Sabha with a big win in the bypoll for Bengal’s Asansol seat. The former BJP and Congress leader is ahead by over 1.5 lakh votes at 2:10 pm. The BJP’s Agnimitra Paul is second with around 2.18 lakh votes, while CPI(M)’s Partha Mukherjee has fewer than 51,000 votes.

The by-elections were necessitated after ex union minister Babul Supriyo resigned from the BJP after the party’s poor showing in the 2021 Bengal assembly election and, a while later, joined the ruling Trinamool. Supiyo has now been fielded from the Ballygung assembly seat and is leading a Left candidate in that race, setting up the Trinamool for a perfect score.

Shatrughan Sinha is set to return as a Lok Sabha MP three years after losing his stronghold of Patna Sahib in Bihar to BJP leader and former union minister Ravi Shankar Prasad. Sinha quit the BJP shortly before the 2019 Lok Sabha polls and joined the Congress, which fielded him from Patna Sahib. However, Ravi Shankar Prasad secured over six lakh votes for an easy win.

Popularly called ‘Bihari babu’, the 76-year-old Shatrughan Sinha began his political career with the BJP in the early 80s. During the Atal Bihari Vajpayee-LK Advani era, he served as the party’s star campaigner and was also a union minister in Vajpayee’s cabinet.

Sinha quit the BJP after differences with the party leadership and joined Congress.

Meanwhile, Mamata Banerjee tweeted Saturday afternoon to thank the voters in both Ballygunge and Asansol for ‘a decisive mandate to AITC party candidates’.

“I sincerely thank the electors of the Asansol parliamentary constituency and the Ballygunge assembly constituency for giving decisive mandate to AITC party candidates,” the chief minister tweeted.

“We consider this to be our people’s warm Shubho Nababarsho gift to our Ma-Mati-Manush organization. Salute to the voters for reposing faith in us, yet again,” she said.

Dia Mirza, in a maxi dress, is the epitome of grace