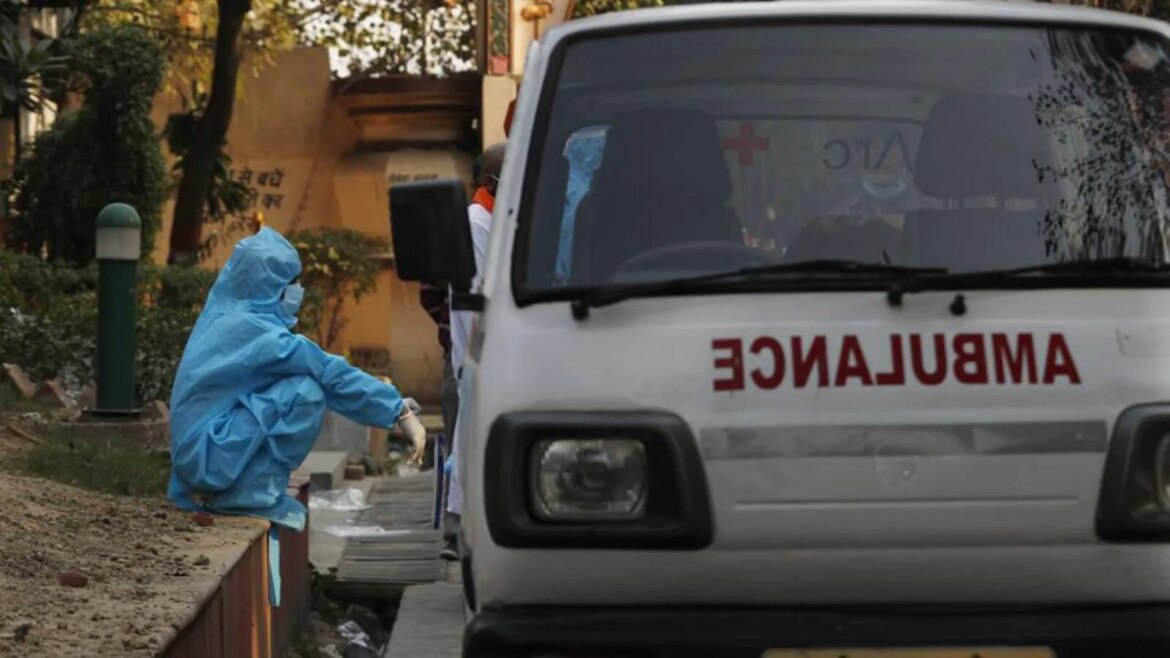 A man was forced to carry the body of his son on his shoulders and travel on the pillion of a scooter for 90 km to reach his home, after the ambulance drivers in a government hospital in Andhra Pradesh’s Tirupati town allegedly demanded ₹10,000 to transport the body late on Monday night.

The incident happened at Sri Venkateshwara Ramnarayan Ruia government general hospital. A video clipping of the father, Narasimhulu, a labourer working in mango orchards, lifting the body of his 10-year-old son from the stretcher, carrying it on his shoulders and pillion-riding a bike driven by a youth, went viral in the social media.

Based on the report, the collector ordered suspension of resident medical officer Dr S Saraswati Devi and issued show-cause notice to hospital superintendent K Bharati for their alleged negligence in controlling what the authorities called “ambulance mafia.”

Having no other option, Narsimhulu carried the body of his son on shoulders and got on to a two-wheeler of his relative. “According to our information, he travelled on the bike for five or six kilometres from where he engaged another private ambulance to take the body to his village,” Reddy said.

The deputy superintendent of police said as many as six ambulance drivers of the hospital were found guilty of preventing the private ambulance to enter the hospital. “We are registering a case under different sections of the Indian Penal Code, including obstruction and intimidation, against the accused,” he said.

Ruia hospital development committee chairman B Chandrasekhar told HT that the hospital has four ambulances by name “Maha Prasthanam” (last journey), which would be available free of cost only till 10 pm. “If there is any death after 10 pm, the body is kept in the mortuary and it can be taken the next morning,” he said.

He, however, admitted that the ambulance drivers would demand money from the patients taking advantage of their situation. “We have been bringing it to the notice of the hospital superintendent regularly, but no action was taken,” Chandrasekhar said.

Meanwhile, activists of the Telugu Desam Party and the Bharatiya Janata Party staged a dharna in front of the hospital and demanded stringent action against the authorities for preventing the ambulance mafia.

State medical and health minister Vidadala Rajini warned of strong action against those who tried to fleece the patients in the hospitals. “We have ordered a probe into the alleged threats by the hospital ambulance drivers to the victim’s father. We shall also take steps to see that the free ambulance service is available round the clock,” Rajini added

Be cautious of parties trying to divide people on caste, communal lines: KCR