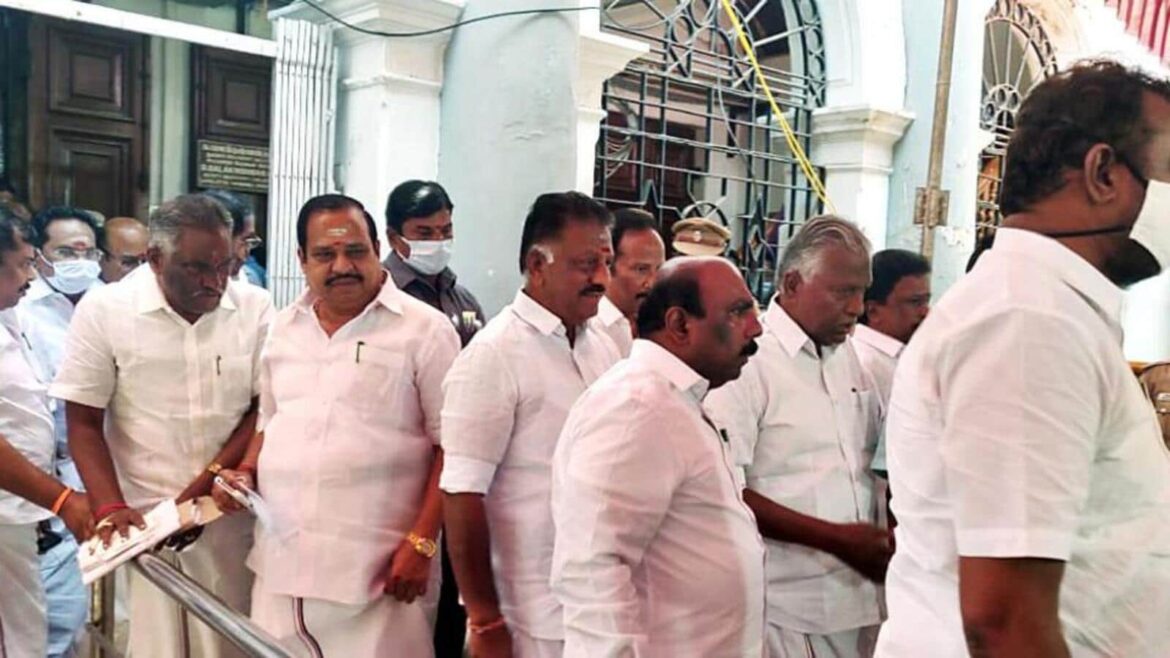 The Tamil Nadu legislative assembly on Monday passed two Bills that empower the government to appoint vice-chancellors (V-Cs) to state-run universities, a move seen as an attempt to clip the wings of the governor on this subject.

The move by the Dravida Munnetra Kazhagam (DMK) government came on a day when Tamil Nadu Governor RN Ravi inaugurated a two-day conference of V-Cs of state, central and private universities at the Ooty Raj Bhavan.

At present, the governor, who is the ex-officio chancellor of state universities, makes the appointments of V-Cs. The higher education minister is the pro-Chancellor.

As soon as the Bills were tabled in the House, the principal Opposition party, the All India Anna Dravida Munnetra Kazhagam (AIADMK) and its alliance partner, the Bharatiya Janata Party (BJP) opposed them, with their members staging a walkout.

“It is considered that in line with the aforesaid other State University laws, the government of Tamil Nadu should be empowered to appoint the Vice-Chancellors of the state universities,” stated the Bills. They added that the government has decided to amend 12 University Laws for this purpose.

The Bills also stated that in a review meeting held by the higher education departmental on December 21 last year under the chairmanship of the state’s chief secretary, it was decided to include the finance secretary as one of the Syndicate Members in all the Universities, by bringing necessary amendments in the university statutes.

“The Government has, therefore, decided to amend the Chennai University Act, 1923 (Tamil Nadu Act VIl of 1923) suitably for the above purposes,” the Bills stated.

The state government has been consulting with legal experts over this move and it was introduced in the assembly at a time when the ruling government has boycotted Ravi’s functions and their allies have taken to black flag protests against him flustered that he has still not forwarded the anti-NEET Bill to the President.

Addressing the assembly, chief minister MK Stalin said that when the government mandated to take policy decisions does not have the power to appoint V-Cs it has an impact on the higher education.

“While it has been the practice that the Governor consults with the democratically elected government on appointing V-Cs, this practice has been changing in recent times, especially in the past four years,” Stalin said in a veiled reference to the functioning of the previous AIADMK regime.

“A government elected by the people being unable to appoint the vice-chancellor to a university run by it creates a lot of issues in the overall varsity administration. This is against the democratic principles,” Stalin said, adding that the issue was also about the rights of the state.

Stalin also recalled that the Punchhi Commission set up by the Union government in 2007 on Centre-State relations had recommended against appointment of V-Cs by the governor. “There will be a clash of functions and powers if the authority to choose the top academician rests with the governor,” the commission had recommended.

A senior official in the higher education department told HT that the two Bills were necessary as one amends the University laws of 12 state-run universities while the other amends the Chennai University Act, 1923 (Tamil Nadu Act VII of 1923).

As per the rules, any pre-Independence law has to get the President’s approval for even a minor amendment.

The department is, however, not sure about the timeline or next steps if these Bills end up pending with the governor like the anti-NEET Bill and several other legislations.

Evening brief: BJP’s jibe at Shashi Tharoor over Pervez Musharraf’s death, and all the...