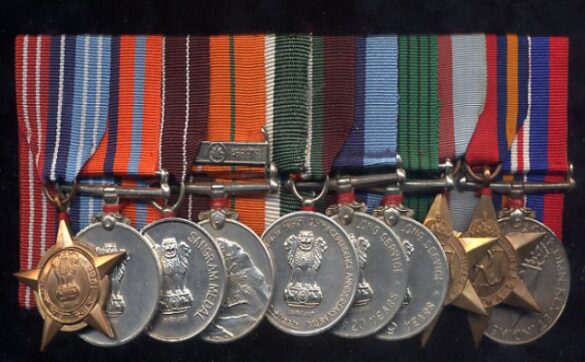 “Duty, honor, country. Those three hallowed words reverently dictate what you ought to be, what you can be, what you will be.”

In Our Culture there is quote, “वीर भोग्या वसुंधरा”. It means “one who dies for the country and dharma are blessed with the heaven”. The one who dies for protection, sacrifice their life, and are willing to do anything to protect their country are the ones to rule the country first.

It is said, “those who gave their lives to protect must be revered and should be remembered”. Life goes on, time moves on, and place, and yuga change however, what has left is the memorials to tell tales.

Honoring the valor of the warrior has been a tradition from the earliest times of societies. Even our culture has always revered the warriors who have kept their country and dharma above their self-interest.

How the warriors were revered in Ancient India?

In Gupta Period, Raghuvansa had flourished the concept of virakals. Virakals were being created to celebrate, and show their respects to the warriors who have attained veergatis while protecting dharma and the country. These Virakals were the ones to become a fine example to bring the concept of memorials. The War memorial concept has been introduced in the 2nd Century. In India, it was propagated till the 10th century. Majorly, it was propagated in parts of South India i.e. Tamil Nadu and Karnataka.

Agni Puranas also mentioned similar things where valor, courage, and bravery were rewarded in the form of wealth and power.

How the warriors were revered in Medieval India?

It is disheartening to know that the medieval period didn’t have any method to acknowledge the valor of the warriors. There were no decorations, medals, or badges given to the warriors. Common Soldiers were not given any reward they were left for plundering the village and the area to gain wealthy assets.

Only, the titles like the robe of honors, gifts, kettledrums, standards, and ensigns were bestowed upon officers and nobles in Mughal Periods. A title like Zafar Khan means lord of victory and Shujjat Khan means lord of bravery was given in the Mughal period. Afghan King Sher Shah Suri was the one who was bestowed with the title of Sher Khan for killing the tiger.

“One must never forget what we have lost to protect our freedom. Warriors must be remembered and rewarded”

Six months on, 20% kids in 12-15 age group still not jabbed even once in Chandigarh

Thanks for this information 🙏

We must respect all people who have been giving their lives in order to protect our motherland. 🇮🇳🙏
well written, more power to you 🙏

True and thank you

Excellent Blog Ila ..
Amazing info which is not known to many ..
Eagerly waiting now for Part 2 ..
Keep it up ..
You are good 👌👍

Thank you Karan Sir. Hope You do read all my blogs and keep commenting.

Thank You, Ma’am. Glad you liked it. do read the second part.

Another brilliant job done by you Ila. Good point you raise
It is disheartening to know that the medieval period didn’t have any method to acknowledge the valor of the warriors.
They deserve Respect award Reward and Title too just like you mentioned about agni Puran reference.
Jai Hind 🇮🇳

Thank you for your appreciation. You can’t expect anything from mughals