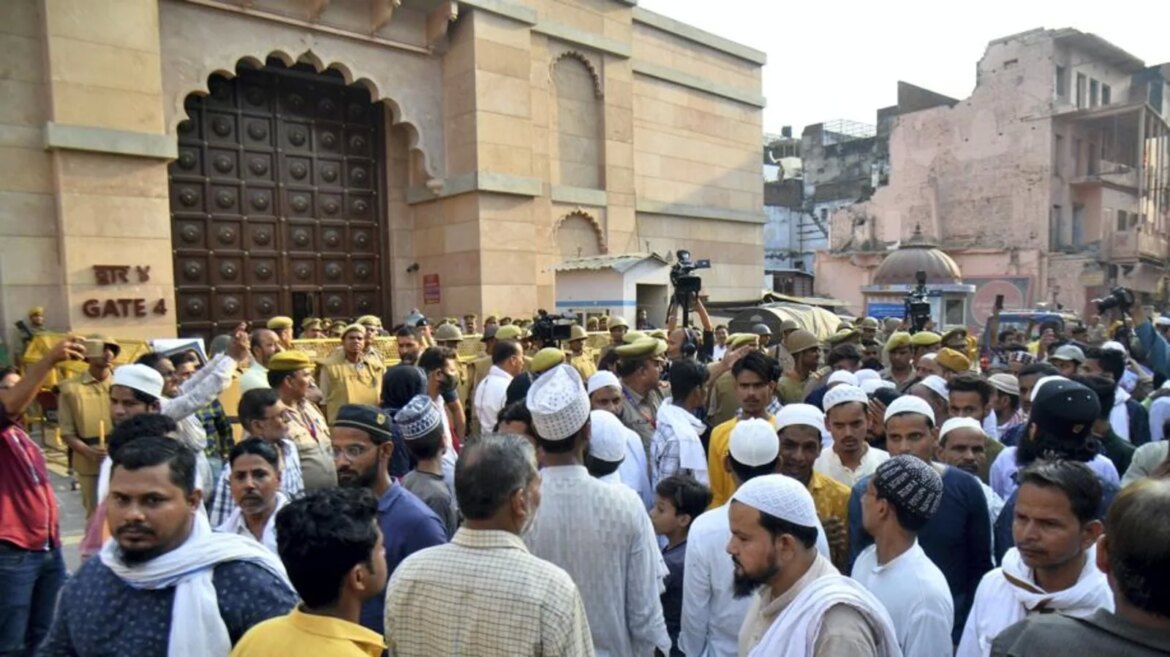 The court-mandated videography survey of the Gyanvapi Masjid complex concluded on Monday on the third day amid tight security.

A Supreme Court bench, led by Justice DY Chandrachud, on Tuesday will hear an appeal filed against the Allahabad High Court order allowing a court-appointed commissioner to inspect, conduct a survey and videography of the Gyanvapi Mosque in Varanasi in which Hindus and Muslims claim to have worship rights. The petition was filed by the Anjuman Intezamia Masajid Committee.

The court-mandated videography survey of the Gyanvapi Masjid complex concluded on Monday on the third day amid tight security. The survey of the mosque complex, which started at 8 am, concluded at around 10:15 am.

The mosque is located close to the iconic Kashi Vishwanath temple and the local court is hearing a plea by a group of women seeking permission for daily prayers before the idols on its outer walls.

Meanwhile, the Varanasi court ordered the district magistrate “to seal the area, where a ‘Shivling’ was reportedly found, and prohibit the entry of any person to the area. The DM, police commissioner, police commissionerate and the CRPF commandant Varanasi are responsible for the security of the sealed area.