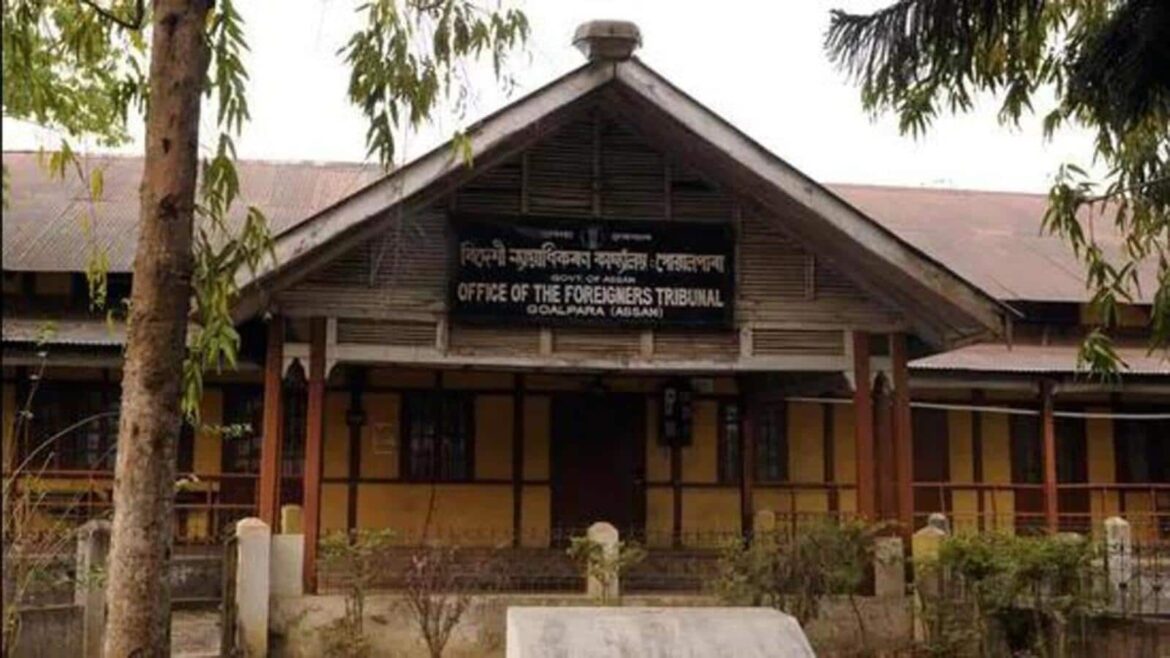 SILCHAR: A foreigners’ tribunal member in Assam has asked the state coordinator of National Register of Citizens (NRC) not to interfere in the functioning of the quasi-judicial bodies which are empowered to decide questions on citizenship and declare a person as foreigner.

This follows a recent circular by the state NRC coordinator Hitesh Dev Sharma asking members of foreigners’ tribunals (FTs) across the state not to consider draft NRC and its supplementary list as reliable evidence for disposal of cases.

On April 18, Sharma issued letters to FT members claiming that there are errors in the NRC list published earlier due to wrong data entry in the process of updating. “Since the Registrar General of Citizens Registration (RGCR) hasn’t declared NRC as final and there are errors, things may change when Final NRC gets published,” Sharma wrote.

On May 10, an FT member (who didn’t want to disclose his name to the media) wrote a letter to Sharma and mentioned that the final NRC was published in compliance with the various orders and judgments of the Supreme Court passed in WP(C) 274/2009 and as per clause 7 of the Citizenship Rules 2003 and notified by RGCR as per Rule 4A(3) of the Citizenship Rules.

“On the day of Final Publication of NRC on 31.08.2019 a press communiqué was issued by your predecessor in office, the then State Coordinator, NRC Assam, Prateek Hajela whereby it was clear that the published NRC is Final NRC,” he wrote. HT has seen a copy of the letter.

According to the member, NRC lists published till date (including draft NRC, additional draft and supplementary list), are available online and directly accessible by common people. In the official website, the list is mentioned as Final NRC. The printed copies of those are available at NRC Seva Kendras and district-level offices of NRC Assam.

“Therefore, saying the Final NRC published under the supervision of the Supreme Court and Notification of RGCR as not final is direct in contrast with the available records and orders of the Apex Court. The state coordinator suggested that the published list may change further as per Clause 4(3) of the Schedule of the Citizenship Rules 2003 before so-called Final Publication, which may attract contempt of court,” the letter said.

“The State Coordinator cannot propagate his wrong understanding of law, rules, notifications and orders of the Supreme Court about finality of NRC in Assam. We advised him, he should withdraw his letter and stop interfering in the lawful functioning of the Foreigners Tribunals which is beyond your jurisdiction and limits of power,” the FT judge added.

In September last year, an FT member in Assam’s Karimganj district declared a doubtful migrant as Indian, while observing that his family members were part of the National Register of Citizens (NRC) published on August 31, 2019, which it referred to as the Final NRC.

According to the home and political department of Assam, there are 100 foreigners’ tribunals functioning in the state. Judges and advocates are appointed as the members of FT under the Foreigners Tribunal Act, 1941 and Foreigners Tribunal ORDER 1964 as per the guidelines issued by the central government.

In pics: How Madhuri Dixit enjoyed a life of anonymity and independence in US