Stalin: GoI gave an impression of cutting fuel prices only to hike it later 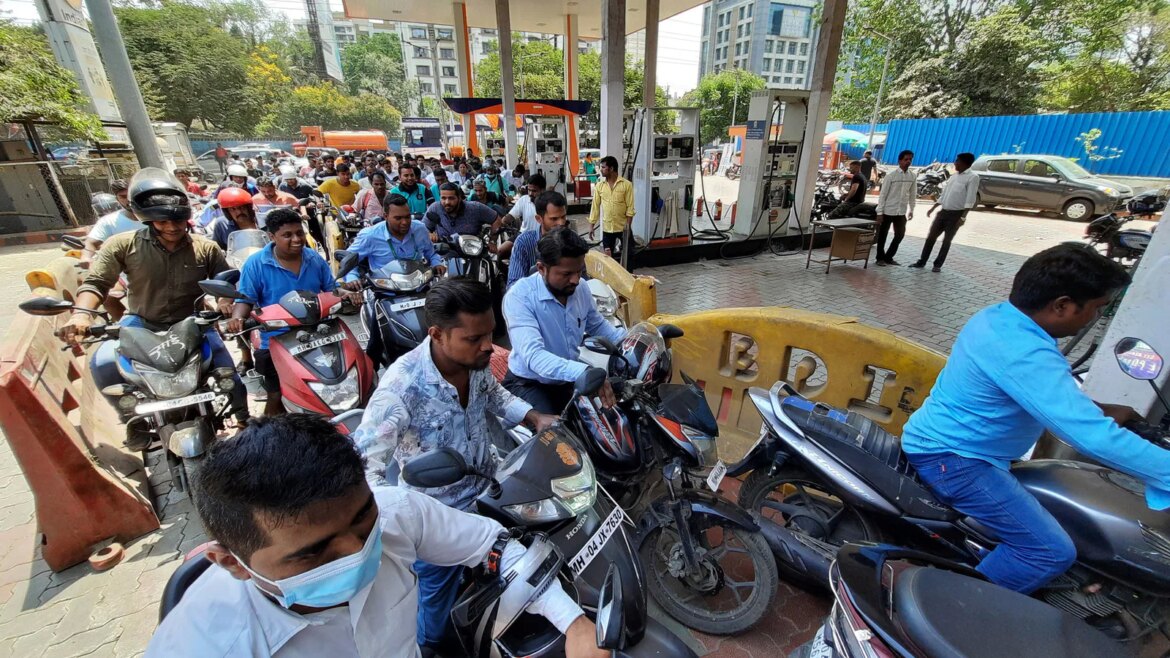 Chennai: Chief minister M K Stalin slammed Prime Minister Narendra Modi in the assembly on Thursday over him pulling up a few states including Tamil Nadu for not reducing state taxes on fuel. Stalin used a Tamil euphemism to convey that Modi was hiding the truth and that people were aware of the facts. Stalin reiterated Tamil Nadu’s move to cut VAT of ₹3 per litre in petrol last August.

Stalin then launched an attack against the BJP-led union government saying that they cut fuel prices just before some states went into assembly elections (such as in Uttar Pradesh, Goa) only for the Centre to hike it several times later. “A week after the state elections, the prices were hiked and the union government imposed further burden on people,” Stalin said. He added how the DMK-led government kept its word after winning the assembly elections last May and cut down the price of petrol despite the financial burden,

Stalin was responding to a query raised by Congress floor leader K Selvaperunthagai about the virtual meeting held by Modi on Wednesday for Covid-19 when he raised the issue of fuel related taxes.

Stalin said that since the BJP came to power in 2014, whenever crude oil rates dipped, the union government kept the surplus to itself instead of cutting down the fuel prices accordingly. He added that since the excise duty on petrol and diesel is to be shared with states, the union government reduced it and it affected the revenue which is shared with states.

Responding to Stalin on Twitter, Tamil Nadu BJP president K Annamali tweeted that he wants to give the chief minister a few facts. “It’s been 355 days of DMK Govt not honouring its election manifesto promise of cutting petrol & diesel prices by ₹ 5 & ₹4,” Annamalai said. “Without promising anything the Central Govt has cut petrol & prices by ₹10 & ₹4!”

Stalin had not reacted to the issue on Wednesday as he and the state machinery turned to focus on a tragic accident where 11 people including three children had died in Thanjavur district when a temple chariot came into contact with an overhead high-voltage wire. But in the Assembly Stalin referred to state finance minister Palanivel Thiaga Rajan’s detailed response which he had released on late Wednesday night.

He also expressed the hope that the Union Government would heed Tamil Nadu’s “reasonable request” in the true spirit of “cooperative federalism.” He added that when the state cut petrol prices last year, it was estimated that they would incur a loss of Rs. 1,160 crores annually and yet it was done to ease the burden on the people. On the other hand, Rajan said, the union government’s levies on petrol have gone up substantially in the past seven years since 2014.

Rajan also contended that when compared to 2014 when basic price was roughly the same, the Union Government still levies an additional tax of Rs. 18.42 per litre for petrol and Rs. 18.23 per litre for diesel compared to the taxes in effect when it took office in 2014.

Referring to TN, Rajan said the Government currently levies tax to the tune of Rs. 22.54 per litre on petrol and Rs. 18.45 per litre on diesel. “The additional taxes, relative to the 2014 level, imposed by the previous AIADMK Government were reduced by us by Rs. 3 per litre on petrol in August 2021,” he said, adding that after the advent of the GST, states have lost substantial powers to levy their own taxes and raise revenue.

‘KCR a brand ambassador of liquor’

Three of family die by suicide over intercaste marriage: Police