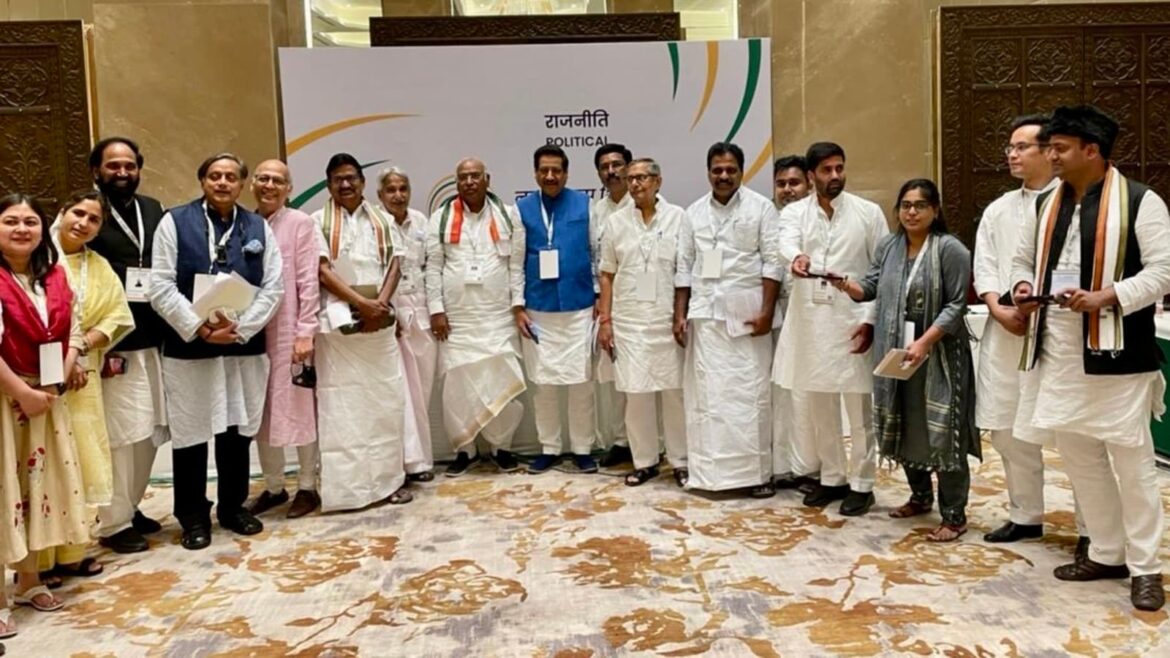 Shashi Tharoor wrote, “The discussions were a robust example of inner party democracy in action.”

Congress MP Shashi Tharoor on Sunday posted a group photo of some members of the political committee as the party prepared for the last day of the 3-day Chintan Shivir at Udaipur and said amicable solutions were found after several views were passionately debated. The discussions were a robust example of inner party democracy in action, the Thiruvananthapuram MP and a leader of the party’s rebel group said. Tharoor also posted a photo with the Mahila Congress delegates and a collage of other photos with several other party colleagues from across the country.

Some members of the Political Committee gathered for a group photo after our deliberations adjourned last night. The discussions were a robust example of inner-party democracy in action: views passionately debated & amicable solutions found. ⁦@INCIndia⁩ pic.twitter.com/cdnBLyiIlq

The rebel grouping, popularly known as G-23, was able to push their demand of reviving the party’s parliamentary board at the Chintan Shivir. However, the Congress Working Committee will be taking the final call today. The G23 had demanded the revival of the parliamentary board, which was abolished when PV Narasimha Rao became prime minister in 1991. If revived, the body would include some of the senior leaders and help fulfil the G23’s demand for a collective decision-making process.

The political committee at the Chintan Shivir also discussed the issue of forming regional alliances ahead of the 2024 elections.

The Congress Working Committee will deliberate on the recommendations given by the six committees. The Chintan Shivir was organised in Udaipur after a gap of nine years and was attended by around 430 leaders. Six draft resolutions have been submitted to Sonia Gandhi by the six conveners of six committees.