Retiring members of Rajya Sabha pose for photograph with PM Modi, others 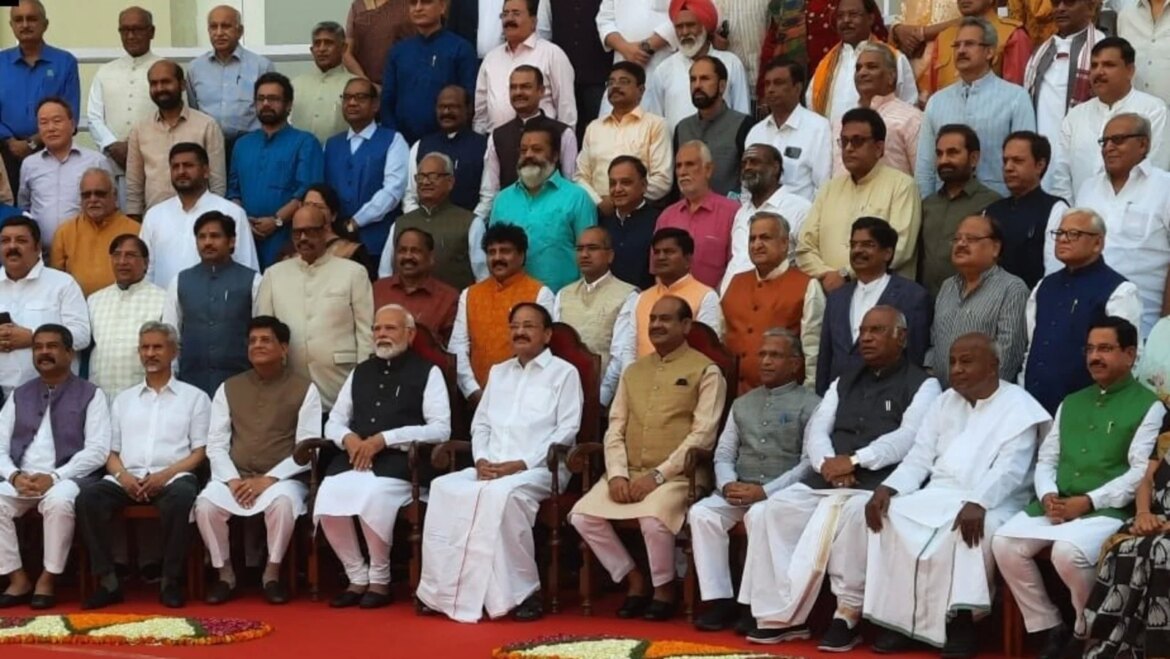 A total of 72 members are retiring from the Rajya Sabha, including the Congress’ Anand Sharma and AK Antony, and the BJP’s Subramanian Swamy and Swapan Dasgupta.

Foreign minister S Jaishankar, finance minister Nirmala Sitharman, textiles and commerce minister Piyush Goyal were also part of the photo op, as were BJP national president JP Nadda and the Congress’ Mallikarjun Kharge, who is the leader of opposition in the Rajya Sabha.

Naidu had announced on Wednesday that the Rajya Sabha would not hold ‘zero’ and ‘question’ hours today to allow outgoing leaders time to speak.

A total of 72 members are retiring from the Rajya Sabha, including the Congress’ Anand Sharma and AK Antony, and the BJP’s Subramanian Swamy and Swapan Dasgupta.

Sitharaman will retire from the Rajya Sabha in June, while Goyal and union minority affairs minister Mukhtar Abbas Naqvi will retire in July.

Also in July, Congress leaders P Chidambaram, a former union finance minister, and Kapil Sibal will retire, as will Shiv Sena’s Sanjay Raut and the Nationalist Congress Party’s Praful Patel. The Congress, Shiv Sena and NCP have allied to form the Maharashtra government.

Official sources told news agency PTI a dinner will be hosted tonight for all Rajya Sabha members at Naidu’s residence. Mementoes will be presented to the 72 retiring members and another 19 who retired earlier but could not receive their mementoes.

The above sources added that six MPs will showcase their cultural talent during the dinner.

After Barca return, Dani Alves set for another reunion