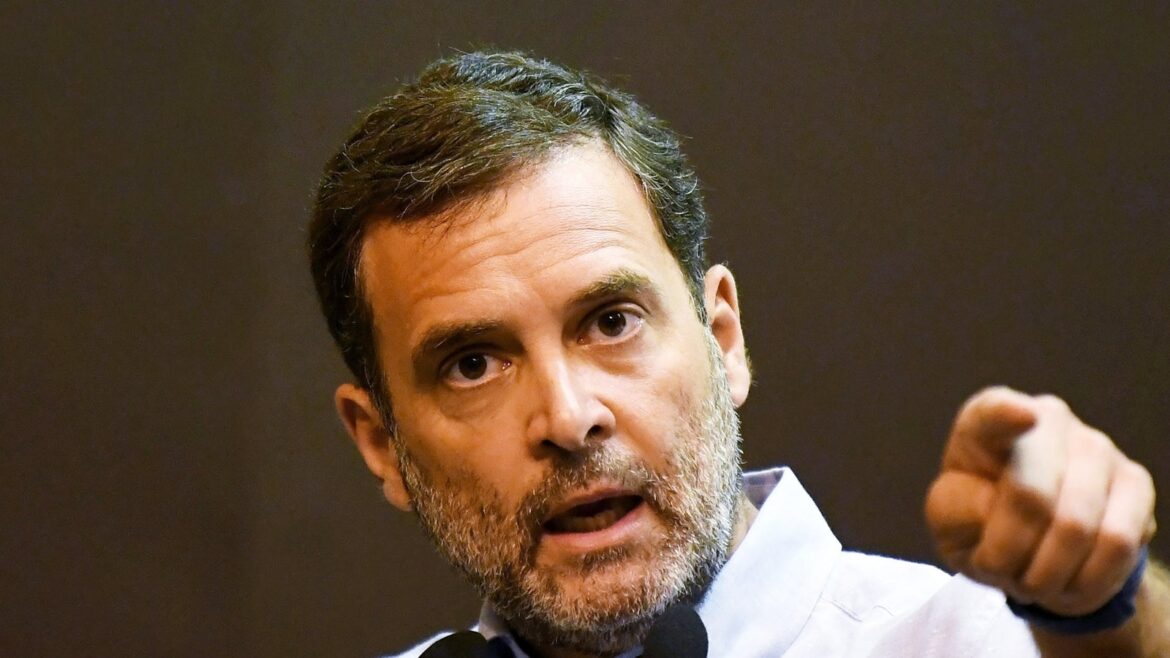 The CBSE syllabus change was said to have been done in line with the CBSE recommendation.

Congress leader Rahul Gandhi on Monday criticised the CBSE (Central Board of Secondary Education) as he reacted to the reports of the syllabus change and dropping of chapters on Islamic empires in Afro-Asian territories, chronicles of Mughal courts, the Cold War and the industrial revolution. The chapters are said to have been dropped from the History and Political Science syllabus of classes 11 and 12.

In a tweet, the 51-year-old Congress leader slammed the education board, calling it: “Rashtriya Shiksha Shredder”. He also shared a picture, listing the chapters that have been dropped. – Poems by Pakistan poet Faiz Ahmad Faiz are also on the list.

According to a PTI report, in the class 10 syllabus, the topic “impact of globalisation on agriculture” from a chapter on ‘Food Security’ has been dropped. The change was a part of the rationalisation of syllabus, the report said, citing officials.

The board is also set to conduct only one board examination for the 2022-23 batch, which will be held at the end of the academic session The CBSE had opted for a two-exam process as a one-time measure amid the pandemic.

The change in syllabus is one of the latest issues that the opposition has raised after attacking the government over hike in fuel prices, which now remain unchanged for about two weeks now.

The Congress had also targeted the government after clashes were reported in several states on Ram Navmi and Hanuman Jayanti.

WATCH: Ishan Kishan gets dismissed in bizarre fashion in MI’s face-off versus LSG in IPL 2022