Raj Thackeray’s threat poster for Sanjay Raut: ‘Whom did you call Owaisi?’ 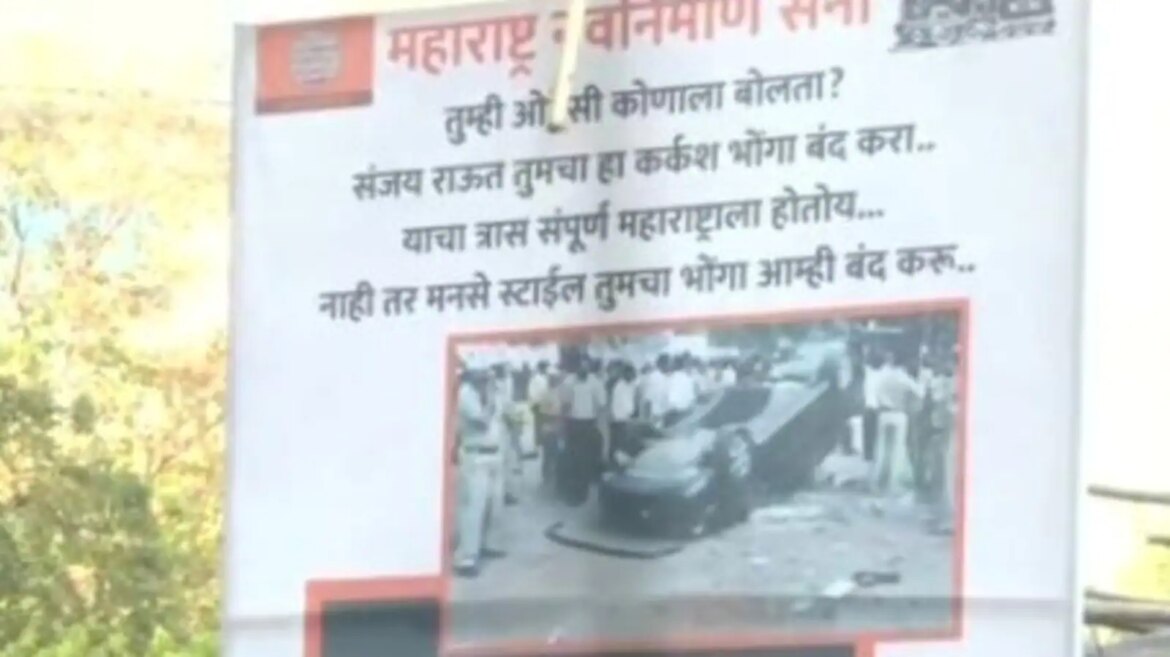 Amid the loudspeaker row, Shiv Sena MP Sanjay Raut, in an interview, said Raj Thackeray in Maharashtra is exactly what what Asaduddin Owaisi in Uttar Pradesh is – to the BJP.

Amid the ongoing row over Maharashtra Navnirman Sena’s ultimatum to the state government to take down loudspeakers from mosques, posters threatening Shiv Sena MP Sanjay Raut appeared in front of the Saamana office on Saturday in Mumbai, news agency ANI reported. Saamana is the newspaper published by the Shiv Sena. “Whom did you call Owaisi? Sanjay Raut, shut down your loudspeaker. Whole Maharashtra facing problem due to it, or else we will shut down your loudspeaker in MNS style,” the poster read.

The ‘Owaisi’ reference comes in the context of Sanjay Raut’s recent interview in which he said for the BJP, Raj Thackeray is the Owaisi in Maharashtra, implying that Raj Thackeray’s MNS is a ‘vote-katua’ in the state, like Owaisi’s AIMIM was in the recent elections in Uttar Pradesh.

The loudspeaker row has added fresh fuel to the political turmoil of Maharashtra though all parties of the Maha Vikas Aghadi government are standing united to oppose Raj Thackeray’s demand. At the recent Gudi Padwa gathering, Raj Thackeray raised the demand for removing loudspeakers from mosques and threatened that if the loudspeakers are not removed, then his party will play Hanuman Chalisa outside the mosques. He has also given an ultimatum to the government to take the loudspeakers down by May 3.

The controversy has triggered the exits of Muslim leaders from Raj Thackeray’s party, while the Hindu Janajagruti Samiti has demanded compliance with the 2016 Bombay high court ruling on the removal of illegal loudspeakers installed at religious places.

Maharashtra deputy chief minister Ajit Pawar said Raj Thackeray must not be given importance. Maharashtra minister Aaditya Thackeray said instead of taking down loudspeakers, they should be used to speak about rising inflation.