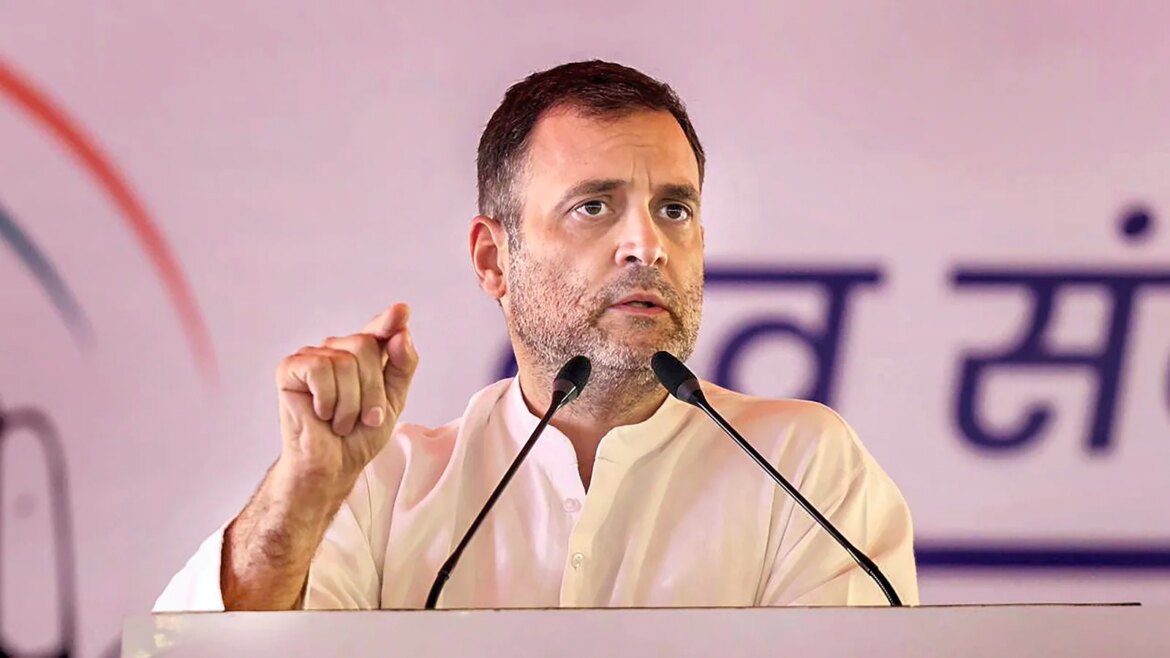 Congress leader Rahul Gandhi on Monday said the Bharatiya Janata Party (BJP)-led government at the Centre is “attacking the economy” and seeking to “build two Indias – one for the rich and one for the poor”.

Addressing a rally in Rajasthan’s Banswara district, Gandhi said that while the previous Congress-led UPA government had worked to strengthen the economy, the BJP created such a situation that the nation’s youth are unable to find jobs.

“The BJP government has attacked our economy. Prime Minister Narendra Modi implemented demonetisation and wrong GST. It has destroyed our economy,” he was quoted as quoted by news agency ANI.

“Earlier, the UPA had worked to strengthen the economy. However, the BJP and PM Modi harmed it. Today, the situation is such that youth can’t get a job in the country.”

Also read: Only Congress can take on BJP in battle for India’s future: Rahul Gandhi

He said that while the Congress connects people, the BJP works to divide them. “We help the weak, they help some chosen big industrialists.”

“BJP wants to build two Indias – one for the rich, the other for the poor, tribals, Dalits, the backward and the weaker sections. We don’t want two Indias, we want one India where everyone gets the opportunity to fulfil their dreams,” the Congress leader added.

The Congress MP has been attacking the saffron camp over the country’s economy and rising prices. Last week, Gandhi hit out at the central government for raising prices of domestic liquified petroleum gas (LPG). He said, “Only Congress governs for the welfare of poor and middle-class Indian families. It’s the core of our economic policy.”

Markets close in green with Sensex rising by 180 points, Nifty up by 81 points