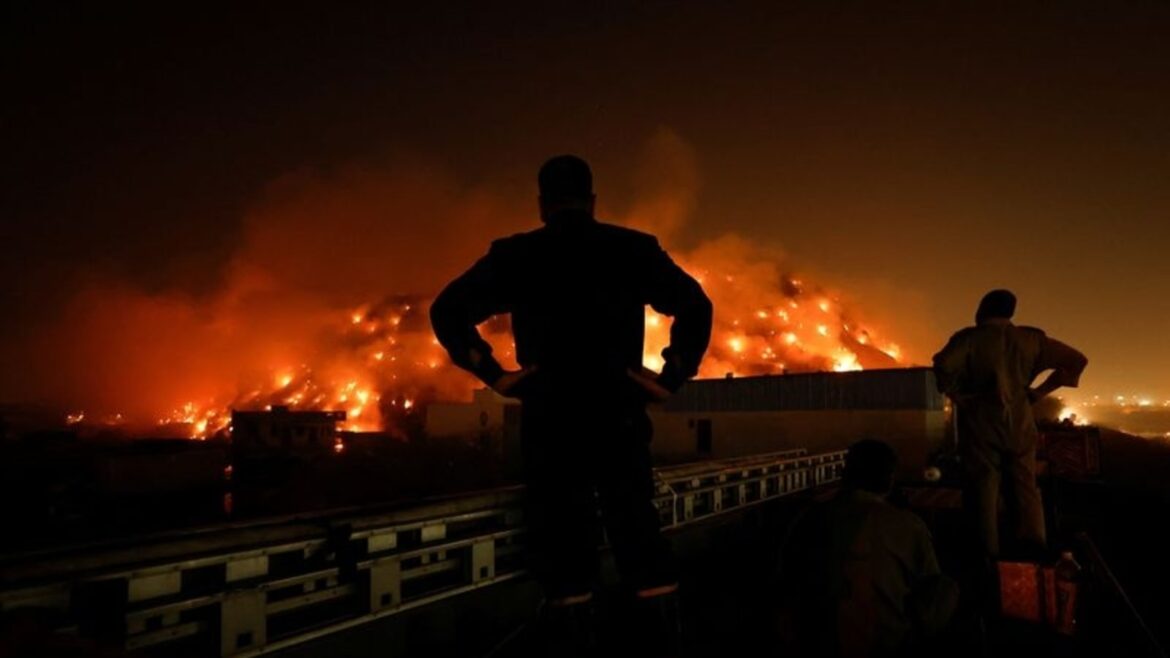 Prime minister Narendra Modi on Wednesday issued a stark warning on rising temperatures and the number of fires in landfills, garbage dumps and forests, saying ‘temperatures are rising rapidly in the country… we are seeing increasing incidents of fires in various places’. Speaking to chief ministers – at a meeting to review the Covid situation in India – Modi also asked states to prioritise fire-safety audits for hospitals, factories and other buildings of public importance.

“Temperatures are rising rapidly… and much earlier than usual. During such a time, we are seeing increasing incidents of fires in various places – jungles, important buildings and hospitals – in the past days,” the prime minister said.

The warning came hours after a major fire at a state-run hospital in Tamil Nadu capital Chennai; no casualties were reported and 33 patients were shifted.

There was also a fire at a chemical factory in Uttar Pradesh.

It also came as Delhi swelters through yet another heat wave, with temperatures expected to tough 44 degrees Celsius on Thursday.

Dump yard fires – blazes in the Ghazipur landfill in eastern Delhi and another yesterday at the Bhalswa landfill site in the north – have also contributed to the toxic air suffocating people in the world’s most polluted capital.

READ: After Ghazipur, Bhalswa landfill goes up in flames

As Modi spoke, fumes from the Bhalswa fire forced a nearby school – many of whose pupils’ parents work as trash pickers at the site – to close. “We can’t make them sit here, it won’t be healthy for them at all,” a teacher told ANI.

In addition to dump yard fires, blazes have also broken out in forested areas in the northern parts of the country and in areas around Mumbai.

Since April 1, over 500 forest fires have been reported in Himachal Pradesh damaging 3,575 hectares and causing ₹92 lakh of damage. Earlier this week a fire was also reported at a slum in Haryana’s Manesar, in which one person died.

The India Meteorological Department forecasts heat wave conditions in the east, central and northwest – which includes Delhi – over the next five days and flagged risks to the health of infants, elderly and people with chronic diseases.

With input from ANI, Reuters