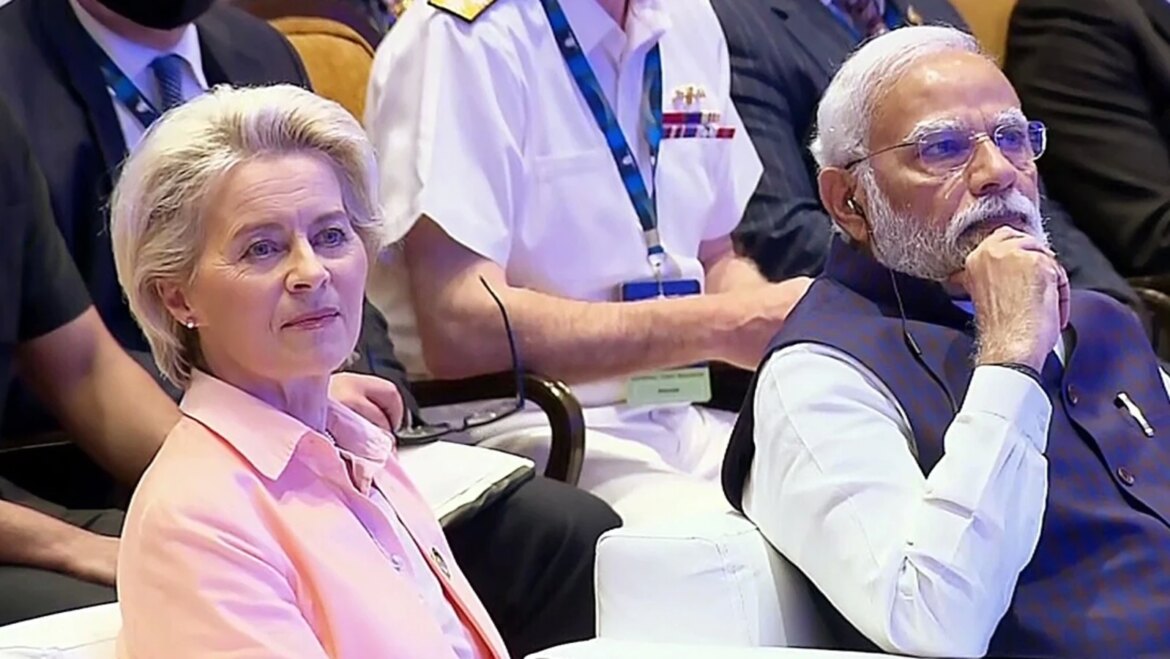 European Commission president Ursula von der Leyen, who is on a visit to India, said on Monday for the strengthening and energising of the European Union (EU), its partnership with New Delhi is a priority for the coming decade. Speaking at the Raisina Dialogue 2022 in the national capital, der Leyen said, “Both our economies thrive in a world of common rules and fair competition.”

“Every five years when Indians cast their vote in parliamentary elections, the world watches with admiration as the world’s largest democracy charts its future path because the outcome of decisions made by 1.3 billion people resonates around the globe,” der Leyen said at the beginning of her address.

Also Read| “Can do so much by joining forces,” says EU chief on her India visit

“As vibrant democracies, India and the EU share fundamental values and common interests. Together, we believe in each country’s right to determine its own destiny; we believe in rule of law and fundamental rights; we believe that it is democracy that best delivers for citizens,” she added.

The European Commission president also pointed out that democracy was born in Europe more than 2,000 years ago, but today India is its largest home.

“Both our economies thrive in the world of common rules and fair competition. And we share the same interests in safe trading routes, seamless supply chains and in a free and open Indo-Pacific,” she said.

On the ongoing war in Ukraine, she said that Europe will make sure that unprovoked-unjustified aggression against Kyiv will be a strategic failure and that Europe is doing all it can to help the war-ravaged country fight for its freedom.

“In Europe, we see Russia’s aggression as a direct threat to our security,” she said and highlighted that effective sanctions were imposed on Russia.

“The images coming from Russia’s attack on Ukraine have shocked and are shocking the whole world. Two weeks ago, I visited Bucha-the suburb of Kyiv which was devastated by Russian troops as they withdrew from the north of Ukraine,” she added.

The European Commission president is on a two-day visit to India that started on Sunday. She met Prime Minister Narendra Modi and President Ram Nath Kovind.

During this discussion, it was decided that India and the European Union are set to the EU-India Trade and Technology Council, a strategic coordination mechanism to tackle challenges at the nexus of trade, trusted technology and security.

Cancer risk may reduce by combination of these three treatments, says study