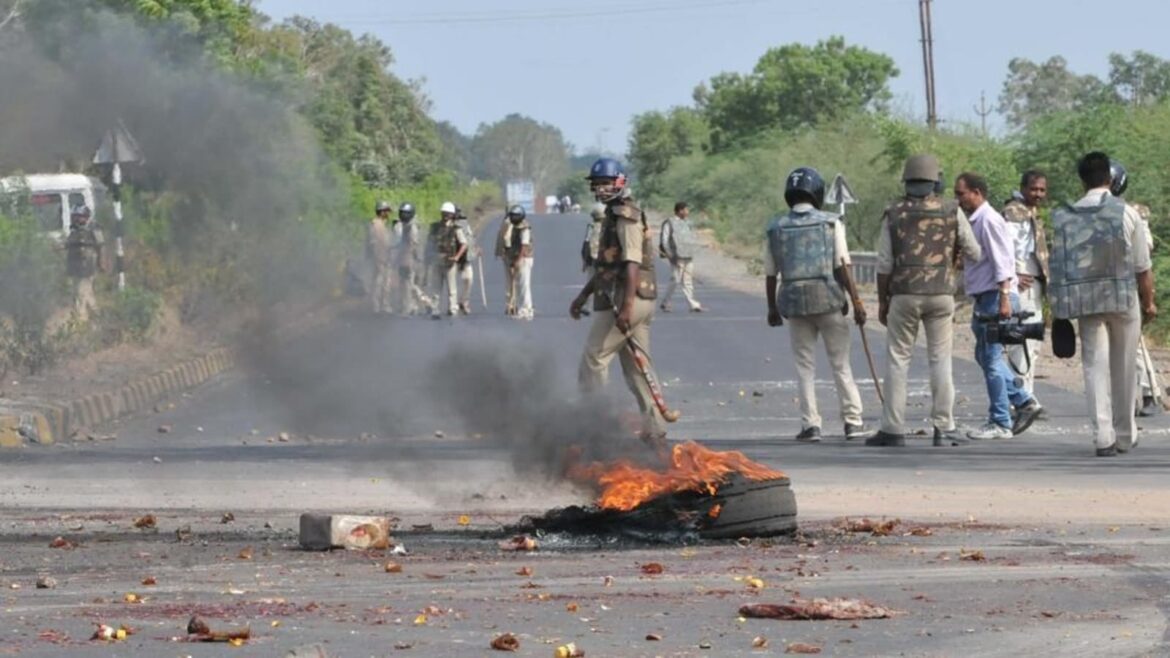 Thirteen chief ministers and opposition leaders on Saturday issued a joint appeal against the recent incidents of hate speech and communal violence in the country and expressed shock at the “silence” of Prime Minister Narendra Modi.

“We are shocked at the silence of the Prime Minister, who has failed to speak against the words and actions of those who propagate bigotry, and those who by their words and actions incite and provoke our society,” it said, adding that “This silence is an eloquent testimony to the fact that such private armed mobs enjoy the luxury of official patronage.”

The statement comes just days after several instances of violence were reported from at least five states, including Madhya Pradesh, Gujarat and Karnataka, during processions held on the occasion of the Hindu festival Ram Navmi (April 10).

“Reports indicate that there is a sinister pattern in the areas where these incidents have occurred. Incendiary hate speeches preceded the aggressive armed religious processions unleashing communal violence,” it said.

In the letter, the opposition leaders also referred to the controversies on wearing hijab by Muslim schoolgirls in Karnataka and a move to ban non-vegetarian food during Navratri.

”We are extremely anguished at the manner in which issues related to food, dress, faith, festivals and language are being deliberately used by sections of the ruling establishment to polarize our society,” it said.

“We are extremely concerned with the growing incidents of hate speech in the country by people, who appear to have official patronage and against whom no meaningful and strong action is being taken.’’

The one-page letter signs off with the opposition leaders reiterating their commitment to “work together to strengthen the bonds of social harmony that have defined and enriched India for centuries”. “Our country will prosper only if it respects, accommodates and celebrates its many diversities in full measure,” it said.

Union minister of information and broadcasting Anurag Thakur, termed the allegations “baseless”. “Opposition parties are sowing the seed of hatred in the country, this is not acceptable. Sonia Gandhi should look at violence cases in Rajasthan and how their government has failed to take action against the rioters,” he said.