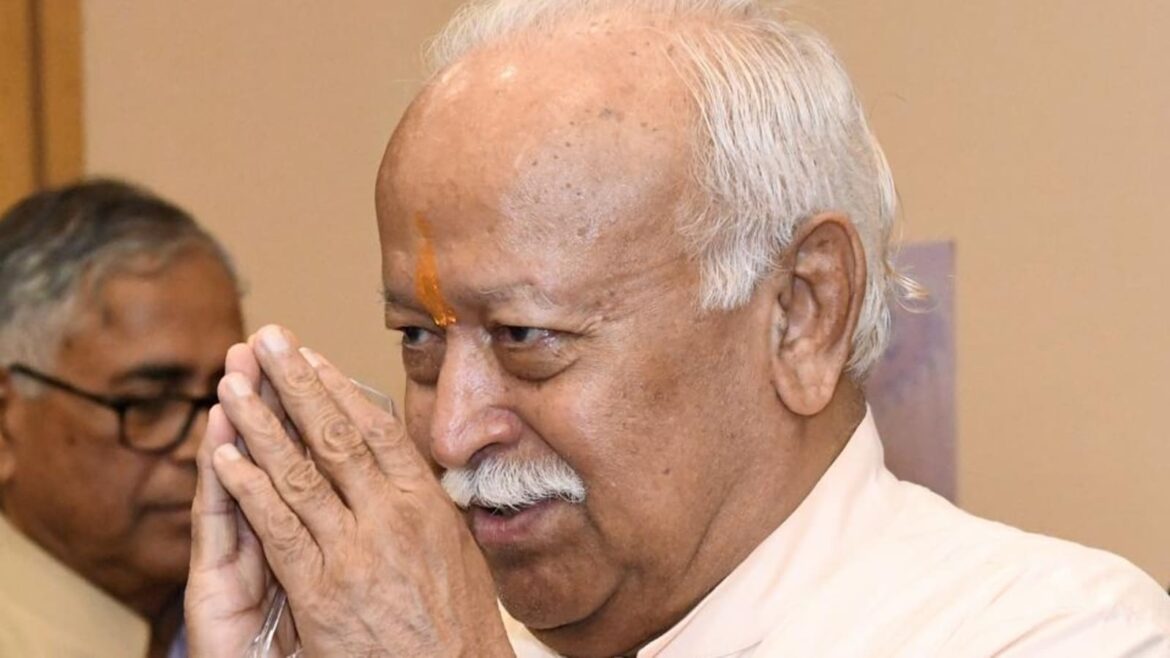 As RSS chief Mohan Bhagwat met Imam Umer Ahmed Ilyasi, chief Imam of All India Imam Organisation, on Thursday on Thursday in Delhi, the Congress said it was also a reaction to the party’s Bharat Jodo Yatra. It also said if these 15 days have been so impactful on him, he should join the Bharat Jodo Yatra, with a tricolour in hand. “It has only been 15 days since the Bharat Jodo Yatra has started and a spokesperson of the ruling Bharatiya Janata Party said ‘Godse Murdabad’, ministers have become concerned over the hatred spread through the media and Bhagwat has reached out to imams,” Pawan Khera tweeted. Also Read | ‘Mohan Bhagwat is Rashtra Pita’: All India Imam Organisation chief

“See what happens next,” the Congress leader tweeted. The meeting was part of the RSS’s ongoing outreach to different communities and faiths.

Congress spokesperson Gourav Ballabh extended an invitation to Mohan Bhagwat to the Bharat Jodo Yatra and said that he should walk with Rahul Gandhi with the National Flag in his hand. “We request Bhagwatji that when a few days of the yatra have had such an impact on him, he should participate in the Bharat Jodo Yatra for an hour, walk with Rahul Gandhiji with a tricolour in hand, raise the slogan of ‘Bharat mata ki jai’ and unite India,” Gourav Ballabh said.

On Thursday, Mohan Bhagwat went to a mosque on Kasturba Gandhi Marg and then visited Madarsa Tajweedul Quran in Azadpur. This was the first time he visited a madrassa. A Sangh functionary said that during the madrasa visit, he interacted with children who recited the Quran and raised slogans of ‘Vande Mataram’ and ‘Jai Hind’. During his interaction, he explained to them that all religions must be respected.

All India Imam Organisation chief Umer Ahmed Ilyasi described Mohan Bhagwat as ‘rashtra pita’ to which Bhagwat objected and said there is only one father of the nation and said everyone is ‘Bharat ki santan’ (child of the nation).