Modi heads to Nepal today with focus on boosting ties 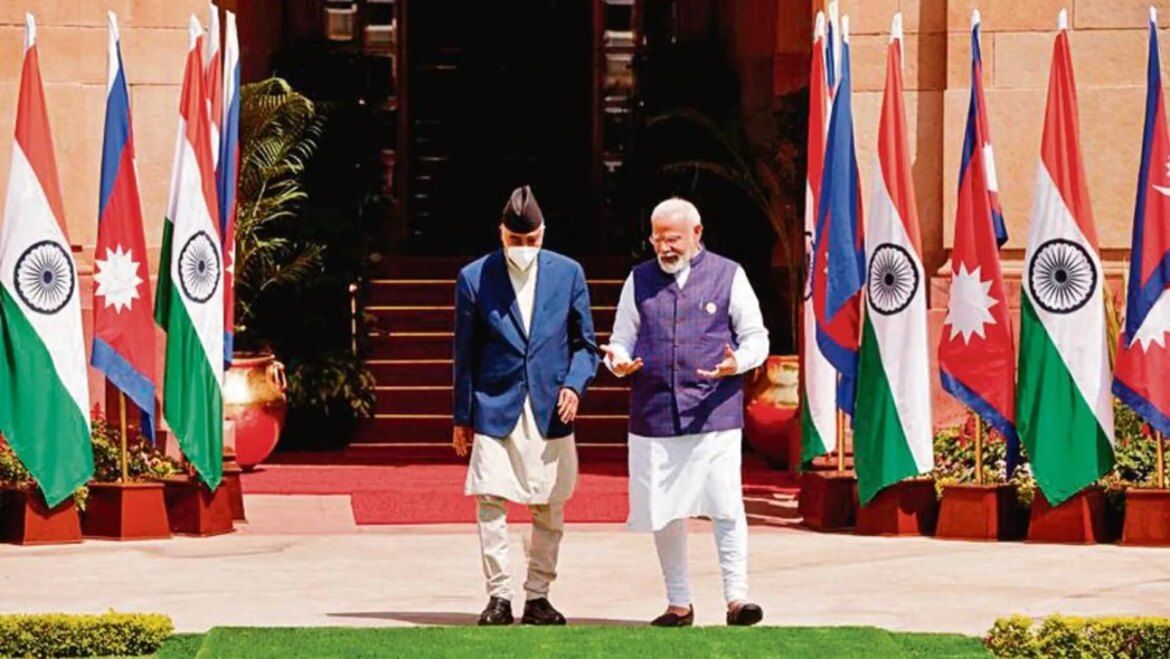 Prime Minister Narendra Modi, in his first visit to Nepal on Monday after his 2019 re-election will focus on cementing bilateral ties on the pillars of shared culture and civilisational heritage, connectivity, energy, and education, people familiar with the matter said.

Modi will be meeting Nepal Prime Minister Sher Bahadur Deuba at Lumbini, the birthplace of Prince Siddhartha who became Buddha after enlightenment at Bodh Gaya in India, on Monday after taking a short helicopter ride from Kushinagar in Uttar Pradesh, the place where the Lord attained Nirvana after his death. He will also visit the historic Lumbini heritage site on auspicious Buddha Purnima Day, the day the founder of Buddhism, which has nearly half a billion followers around the world, was born, achieved enlightenment, and attained Nirvana.

While Modi and Deuba will inaugurate an India-funded Buddhist Centre at Lumbini, the main purpose of the visit is to deepen the cultural connect between the two neighbours by focusing on their shared common Hindu and Buddhist heritage. The Indian PM has already paid a visit to Sita Devi Temple in Janakpur and the famous Vishnu Temple at Muktinath in his earlier visits to Nepal.

Beyond the cultural connect, the two countries will push for better connectivity through road and air with Kathmandu seeking more air entry corridors to India. The two close neighbours are expected to move on education with the possibility of a premier Indian technical university establishing a satellite campus in Kathmandu and Nepal getting the benefit of Indian advanced education in emerging and critical fields such as quantum computing, the people cited in the first instance added.

With deepening of energy cooperation finding a mention in the vision statement released during Deuba’s visit to India last month, the two sides will be discussing hydro-electric cooperation based on mutual benefit. India is keen to not only invest and build hydro-electric power units in Nepal but also build the transmission lines to evacuate power for sale across the border. This will not only lead to infrastructure development in Nepal but also bring hard currency to Kathmandu’s coffers.

The people said that while Modi is all for helping Nepal grow, India’s national security planners are keen that Kathmandu recognises New Delhi’s concern over Chinese inroads into the Himalayan Republic in the power and road infrastructure sector. For instance, the Gautam Buddha International airport in Bhairahawa near Lumbini has been upgraded by a Chinese company to be the second international airport in Nepal after Kathmandu. This airport, which is less than 10 km from the international border with India at Sonauli, will also be inaugurated by Deuba on May 16 after which he will arrive in Lumbini to meet the Indian Prime Minister.

After sweltering weekend, 2-day rain relief on cards from today for Chandigarh