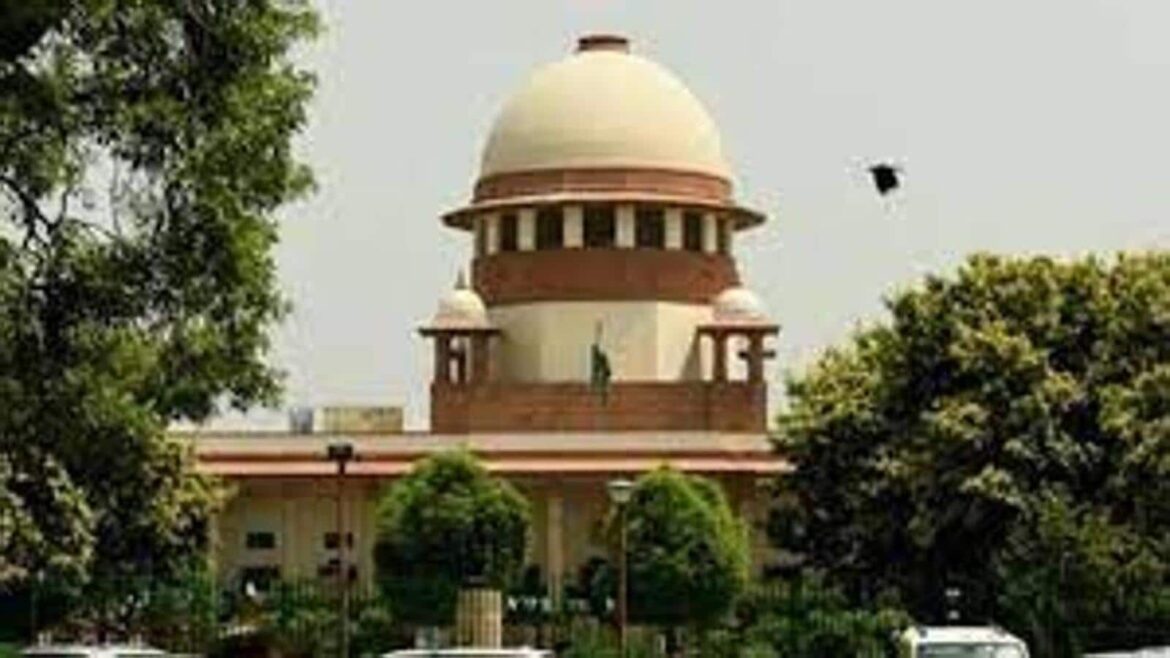 Forceful pregnancy of a married woman can be treated as “marital rape” for the purposes of abortion, the Supreme Court ruled on Thursday, as it delivered a landmark ruling on women’s reproductive rights and bodily autonomy.

“Married women may also form part of the class of rape survivors. Rape means sexual intercourse without consent, and intimate partner violence is a reality. In this case, also woman may get forcefully pregnant,” said a bench, headed by Justice Dhananjaya Y Chandrachud, holding that the term “rape’ under the Medical Termination of Pregnancy (MTP) Act will include pregnancy due to forcible sex by husbands.

“Any pregnancy alleged to be caused by force by a pregnant woman is rape,” it said.

The bench, which also included justices AS Bopanna and JB Pardiwala, also interpreted the MTP Act to declare that even an unmarried woman will be allowed to go for abortion up to 24 weeks, on par with married women.

The existing provisions in the Act do not allow a single woman to go for abortion after 20 weeks while divorcees, widows, and some other categories of women are allowed termination of pregnancy up to 24 weeks on account of mental anguish and some other hardships.

“Law cannot create such artificial classification based on narrow grounds…the decision to carry a pregnancy to full term or to abort it lies in reproductive autonomy of a woman, which is rooted in bodily autonomy. Depriving her of this right will be an affront to a woman’s right to dignity,” said the bench.

The court was hearing a petition of a 25-year-old single woman, whose plea for termination of her 24-week pregnancy was denied by the Delhi high court, which suggested she rather give up the child for adoption.

On July 21, the top court allowed the woman to go ahead, provided a medical board certifies that there is no threat to her life from the abortion. On that day, the bench also decided to examine the scope of the MTP Act and the rules under the law that differentiates between married and unmarried women.

The Union health ministry defended the legal regime, arguing extensive discussions were held before drafting the MTP Act and the rules, which eventually kept the separated and single women out of the category in which abortion up to 24 weeks were allowed.

While the law made no distinction between married and unmarried women for termination of pregnancy up to 20 weeks, the Centre contended only certain identified categories of vulnerable women such as rape survivors, minors, and mentally infirm women were included in the legal classification for abortion up to 24 weeks.

In its July 21 order, the court criticised the Delhi high court for taking an “unduly restrictive” view in denying the woman the right to abort.

“There is no basis to deny unmarried women the right to medically terminate the pregnancy when the same choice is available to other categories of women. A woman’s right to reproductive choice is an inseparable part of her personal liberty under Article 21 of the Constitution. She has a sacrosanct right to bodily integrity,” underlined the bench.

Denying an unmarried woman the right to a safe abortion violates her personal autonomy and freedom, the court added in the previous order, allowing the woman to terminate her pregnancy at 24 weeks if the medical opinion finds it safe.

Citing section 3B(c) of the 2003 MTP Rules, which allows women who undergo a “change of marital status during the ongoing pregnancy” by way of widowhood or divorce to undergo termination of pregnancy, the top court held the expression “change in marital status” should be given a purposeful interpretation to bring within its fold situations involving single women too.