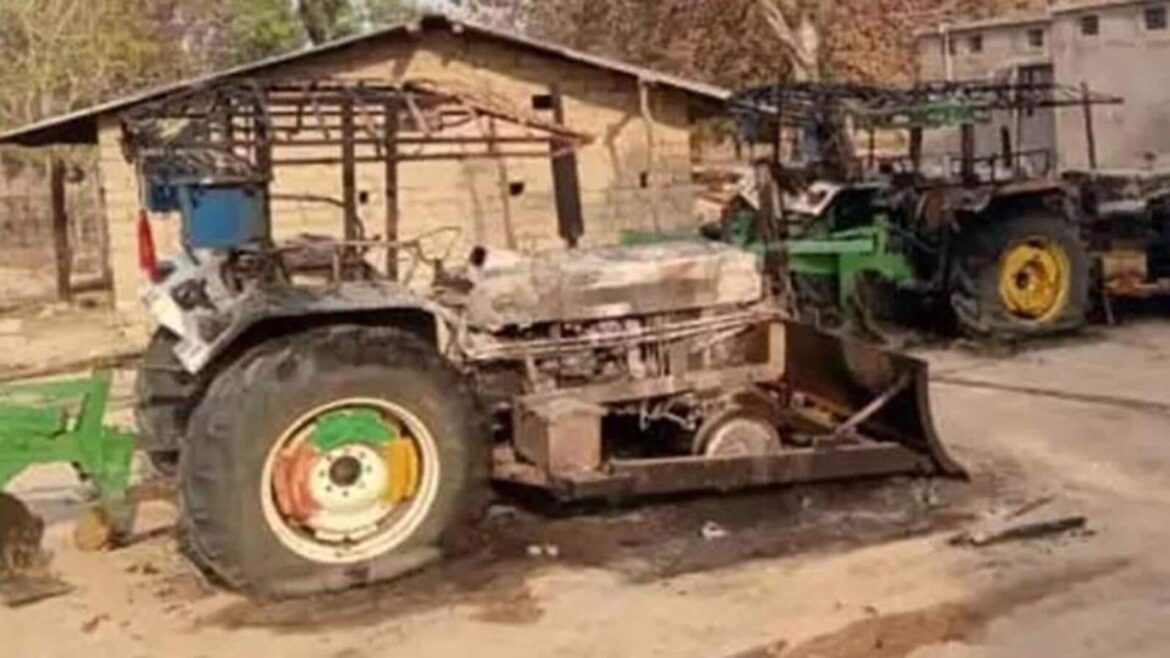 According to the police, the incident took place in the wee hours of Monday near Manganar village– where 15 vehicles and machines involved in the construction work were parked.

The road is being constructed under the Pradhan Mantri Gram Sadak Yojana (PMGSY). According to the police, the incident took place in the wee hours of Monday near Manganar village– where 15 vehicles and machines involved in the construction work were parked.

“Maoists burnt four vehicles engaged in the PMGSY road construction work along the Barsur-Mangnar road. This road is an arterial one along the Palli-Barsur stretch and the work is being executed by a PMGSY contractor based on the request for connectivity by the villagers. The villagers have assured the contractor about the safety of his machinery and vehicles. The Maoist cadres are frustrated because of increasing road connectivity in the area and therefore torched the vehicles against the wishes of the villagers,” said Inspector General of Police, Bastar range, Sunderaj P.

The Bijapur police, meanwhile, have arrested eight Maoists who were allegedly involved in an incident of torching vehicles. The arrests were made on Sunday evening at Eramangi village under Kutru police station limits when a joint team of District Reserve Guard (DRG) and local police was out on an area domination operation.

They were allegedly involved in the incident of setting ablaze two trucks between Mangapenta and Bargapara on February 2 this year.

Why ED attached Amway India’s assets worth crores? Things to know about the case

Yuzvendra Chahal bags his maiden IPL hat-trick, takes 4 wickets in a single over against KKR