Home India Kejriwal ties up with Twenty20 in Kerala
India

Kejriwal ties up with Twenty20 in Kerala 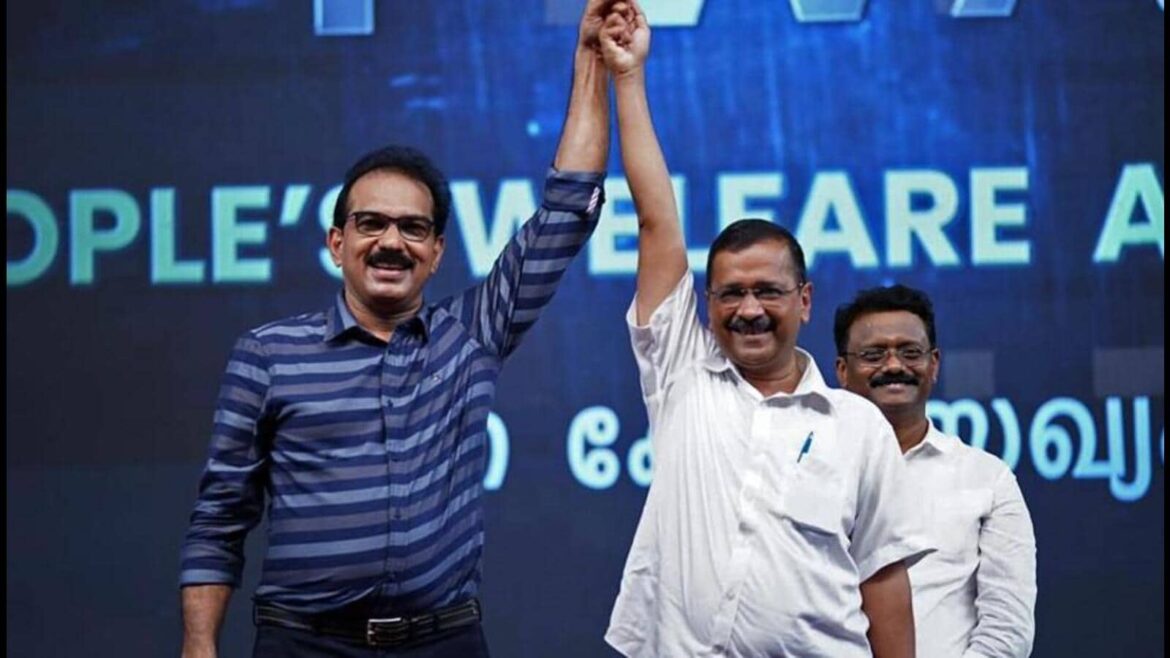 Seeking to spread its wings in southern State of Kerala, Delhi Chief Minister and Aam Aadmi Party national convener Arvind Kejriwal on Sunday announced his party’s political alliance with Twenty20, a political party, promoted by a business group here and targeted the mainstream political parties in the State by alleging that they were not interested in providing jobs for the youth.

While attending a public meeting organised by Twenty20 that is promoted by the Kitex Group, Kejriwal said the political parties here won’t give jobs to the children of this State as they want people who can riot and can spread hooliganism.

Listing out the projects the AAP chief said his government has provided jobs to 1.2 million people in Delhi. “People of other parties won’t give jobs to the children of this State, they won’t give education. Why? Because they want people who can riot, who can spread hooliganism. We are decent people, we don’t know how to do any of these things and we don’t want to indulge in such practices,” Kejriwal said.

Both the political parties have joined hands and announced the People’s Welfare Alliance (PWA) in Kerala.

Addressing the crowd gathered at the Kitex ground here, Kejriwal said no one knew Arvind Kejriwal 10 years ago and there was no AAP either.

“Now, we have formed a government in New Delhi thrice and Punjab is with us. Do you want a change in Kerala or not,” Kejriwal asked.

These things happened not because of any magic by Arvind Kejriwal, but due to the grace of God, the Delhi Chief Minister said, pointing his fingers to the sky.

“We stand by the truth and that’s why we have the grace of God,” he said. He said the party members of AAP are not powerful politicians but ordinary men and women.

“It was an ordinary housewife who defeated a powerful four-time MLA in Delhi. It was a technician working in a local mobile shop who defeated former Punjab chief minister Charanjit Singh Channi,” Kejriwal said.

He claimed that electricity was given free of cost to the people of New Delhi and listed the achievements of his government in the capital territory.

Kejriwal said he was impressed with the work of Sabu Jacob, the chief of Kitex group in Kerala, and that he was happy to have ties with Jacob’s political party