KCR govt to buy paddy stock, hits out at Centre 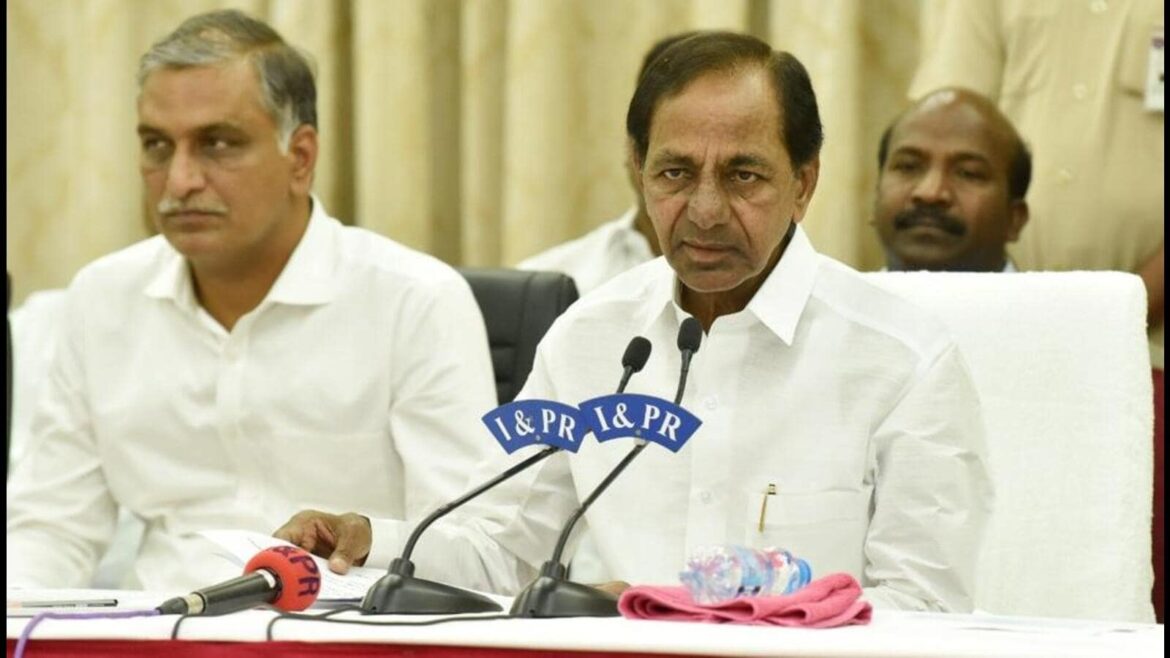 The Telangana government on Tuesday decided to purchase the entire paddy produced by the farmers of the state during the ongoing Rabi season, with the Centre not responding to the 24-hour deadline given by chief minister K Chandrasekhar Rao on paddy procurement from the state.

A decision to this effect was taken by the state cabinet which met here at Pragathi Bhavan, the camp office of the chief minister.

“Since the inhuman, anti-farmer government at the Centre has failed to respond to our demand for procuring the paddy from the state, the cabinet decided that the state government would purchase the entire paddy from the farmers by ensuring minimum support price (MSP),” KCR, as the chief minister is called, told reporters after the cabinet meeting.

The chief minister said all the Centre had to do was to bear the loss caused to the farmers because of low yield of rice from paddy during the Rabi season. In the rainy season, a quintal of paddy yields around 64 kgs of rice; in Rabi, the yield will be only 35 kgs, as there would be more broken rice during milling.

“We were asking the Centre to bear this loss, which will be around ₹3,500 crore. But the Centre, which was ready to write off bank loans to the extent of ₹10 lakh crore of fraudsters sitting in London, was not willing to concede this demand,” he said.

The cabinet appointed a four-member committee headed by chief secretary and comprising secretaries of finance, agriculture and irrigation to work out the strategies to procure paddy from the farmers. “We shall start procurement centres in every village and purchase paddy in the next three or four days by offering them an MSP of ₹1,960 per quintal. The farmers don’t have to do distress sale of paddy,” KCR said.

Alleging that the Centre was going against the spirit of federalism, the chief minister said the Modi government was deliberately weakening the states so as to make them stand before Delhi with a begging bowl. “We exposed this nefarious design in the national capital with our dharna. We know how to protect our farmers,” he said.

KCR announced that he would soon conduct a workshop in Hyderabad, which would be attended by agriculturists, intellectuals and legal experts from across the country to work out a strategy to provide constitutional safeguards for the farmers by declaring a new integrated agriculture policy for the entire country.

He alleged that the Centre was conspiring to hand over the agriculture to the corporate sector by systematically weakening the sector. “It has refused to link agriculture labour to MGNREGA; it has increased prices of fertilisers; it is forcing the farmers to fix meters to their agriculture pumps; and it has denied the statutory status to the MSP,” he said.

The chief minister explained how the Centre was adamant on denying purchase of paddy and raw rice from Telangana. “It has forgotten its obligation to implement the Food Security Act. They should clearly tell us that they don’t want to purchase paddy and accept their inefficiency,” he said.

KCR alleged that the BJP was leading the country to a disaster. “It has ruined the country with its policies of religious fundamentalism. The economy has collapsed; health sector is in a shambles; industries are getting closed; unemployment rate is shooting up; people are burdened with heavy taxation and prices of essential commodities have skyrocketed,” he said.

The TRS chief warned that India was getting isolated internationally with the communal politics of the BJP. “Whenever there are elections, the BJP kicks up emotional issues like Pulwama attack to garner votes. In the poll-bound states like Gujarat and Madhya Pradesh, there were instances of stone pelting on the occasion of Ram Navmi. In Karnataka, which is considered Silicon Valley of India, there have been six types of bans like hijab, halal etc; only for communal polarisation of voters,” he alleged.

If such a situation continues, several countries would kick out Indians. “Who will invest in India? What will happen to the employees in industries and IT sector across the world? What will happen to our youth and intellectuals? The country is going to lose a century because of this communal politics of the BJP and it will take 100 years to restore our glory,” he warned.