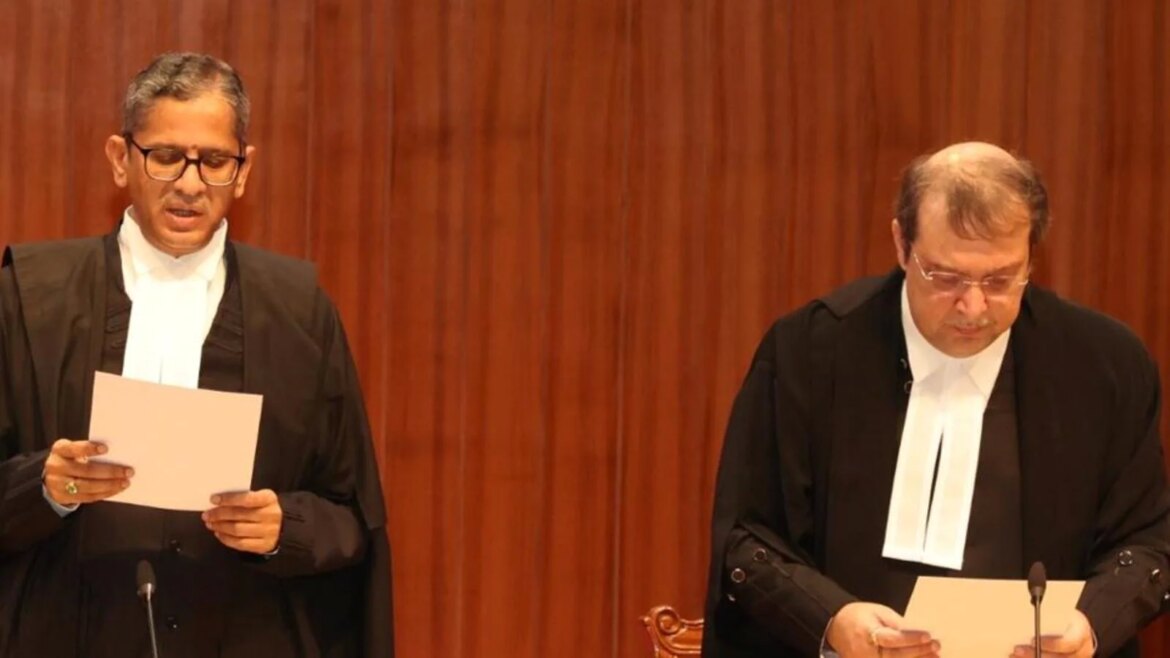 Call it a coincidence or a curious turn of events, the movement of the marital rape case from high courts to the Supreme Court has come just in time when a high court judge who holds strong views in favour of criminalising marital rape has been elevated to the apex court.

Justice JB Pardiwala, formerly of the Gujarat high court, joined the Supreme Court bench on May 9. On the next day, a top court bench led by Chief Justice of India NV Ramana agreed to examine if a man can be tried for raping his wife despite immunity against marital rape provided to husbands under the Indian Penal Code (IPC).

On May 11, after two judges gave a split verdict, the Delhi high court held the issue of marital rape requires a decision only by the Supreme Court.

Interestingly, justice Pardiwala’s engagement with the issue of marital rape started four years ago when he delivered a judgment in the Gujarat high court in April 2018, calling it a “disgraceful” offence that scars the trust and confidence in the institution of marriage.

“A large population of women has faced the brunt of the non-criminalisation of the practice… Marital rape ought to be a crime and not a concept… It has long been time to jettison the notion of ‘implied consent’ in marriage. The law must uphold the bodily autonomy of all women, irrespective of their marital status,” said justice Pardiwala, as he dealt with a man’s petition to quash the charge of marital rape against him.

Justice Pardiwala asserted that making marital rape an offence will remove the destructive attitudes that promote it. “Recognition coupled with criminal punishment should deter husbands from raping their wives. Women should not have to tolerate rape and violence in a marriage,” he added.

Justice Pardiwala batted for a statutory abolition of the marital rape exemption under Exception 2 to Section 375 in the IPC, emphasising “the marital rape is not a husband’s privilege, but rather a violent act and an injustice that must be criminalised”.

Citing the law against domestic violence, the judge also rebutted the argument that making marital rape an offence will be disastrous to the institution of marriage. “It is difficult to argue that a complaint of marital rape will ruin a marriage, while a complaint of domestic violence against a spouse will not,” he reasoned, adding that husbands need to be reminded that marriage is not a licence to forcibly rape their wives.

However, justice Pardiwala had to eventually quash the charge of marital rape in this case in view of the absolute immunity IPC gives to husbands.

While the judge’s 2018 judgment made the strongest-ever pitch by a constitutional court to criminalise marital rape, justice Pardiwala commenced yet another scrutiny of the marital rape clause three years later.

In December 2021, a division bench of the Gujarat high court, headed by justice Pardiwala, issued a notice to the Centre and state on a public interest litigation seeking to declare Exception 2 to Section 375 of the IPC as unconstitutional.

“It is high time that a writ court undertakes the exercise of considering whether Exception 2 to Section 375 of the IPC could be termed as manifestly arbitrary and makes a woman’s fundamental right to sexual autonomy subject to the whims of her husband,” justice Pardiwala said in his order.

In March, he paused hearings to await the decision of the Delhi high court in the marital rape case.

Two days after the judge’s appointment to the Supreme Court, the Delhi high court delivered a split verdict on the criminalisation of marital rape on Wednesday — with one judge calling the exception that exempts husbands from being prosecuted for non-consensual sex with their wives as “morally repugnant” and the other saying it did not violate any law, was not unconstitutional and could continue to exist.

But both judges — justice Rajiv Shakdher, who ruled that the exemption be written down, and justice C Hari Shankar, who ruled that it be upheld — allowed the petitioners to approach the Supreme Court for an authoritative decision.

On the intervening day between justice Pardiwala’s appointment and the Delhi high court judgment, the CJI-led bench in the apex court also admitted an appeal by a man, who was ordered by the Karnataka high court to face trial for raping his wife.

In this case, the high court on March 23 refused to drop the rape charge levelled against the man by his wife under Section 376 of the IPC, holding that a marriage cannot confer any special male privilege for unleashing of a brutal beast.