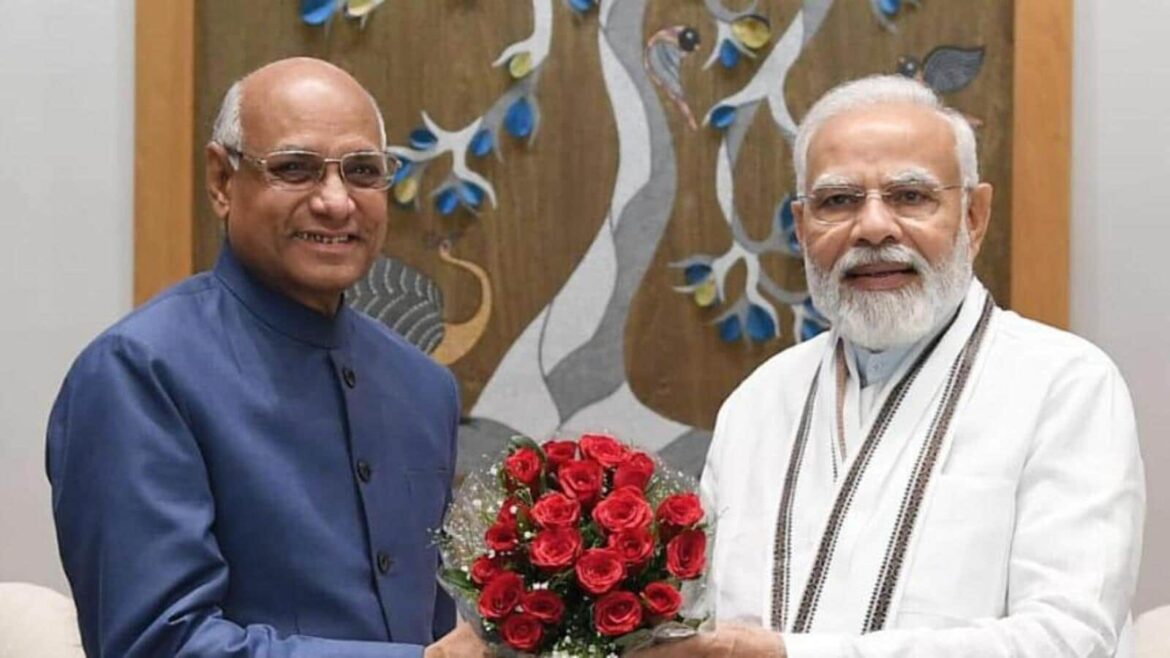 The Jharkhand government has submitted its response to the Election Commission of India (ECI) on the office of profit charge against chief minister Hemant Soren, even as governor Ramesh Bais met Prime Minister Narendra Modi and Union home minister Amit Shah to apprise them of about the prevailing “political” situation in the state on Wednesday.

The ECI on April 18 had sought a response from the Jharkhand government on an allegation that a mining lease on government land was granted to Soren, who also holds the mining portfolio, last year. The charge, if true, amount to holding an “office of profit” and hence could invite Soren’s disqualification from the legislative assembly under the Representation of People’s Act.

Taking note of a complaint by the opposition Bharatiya Janata Party (BJP), the poll body had recently written to state chief secretary Sukhdev Singh seeking “authentication” of the documents related to granting of the mining lease to the chief minister.

The state’s response was limited to providing all the paperwork pertaining to the lease and did not go into any explanation on the circumstances surrounding the allocation which was done last year, a second official said on condition of anonymity.

Once the documents are examined, the commission will decide whether a notice for the office of profit can be issued to the chief minister, the first official said. “We have just got the documents that the chief secretary sent. We will look at the authenticity of the documents and then decide if an offence is made out under section 9 of the Representation of People’s Act,” the official added.

Meanwhile, Jharkhand governor Bais met Modi and Shah to apprise them of the prevailing “political” situation in the state.

“Besides meeting the Prime Minister, the governor met home minister Amit Shah and apprised him about the developments related to the state,” Raj Bhawan said in a statement.

The governor submitted reports on recent developments in the state, including the corruption allegations against the chief minister and a public interest litigation filed in Jharkhand high court seeking a probe by the Central Bureau of Investigation and Enforcement Directorate into the matter, officials said.

The matter pertains to alleged grant of an in-principle approval for stone quarrying lease in Soren’s name on a government land on the outskirts of state capital Ranchi, which was cleared by the mines and environment departments, both headed by the chief minister himself.

The matter was raised by former chief minister Raghubar Das on February 10 this year. A BJP delegation led by Das and the current legislature party leader Babulal Marandi had also met the governor on February 11, seeking disqualification and removal of Soren as chief minister.

In his defence, Soren told the high court there was no question of profiting since the letter for operating the mine was never issued

The chief minister, it is learnt, is consulting with several jurists such as retired Supreme Court judge Ashok Ganguly, National Academy of Legal Studies and Research vice chancelloer Faizan Mustafa and former ECI official SK Mendiratta in the case.

While the BJP has demanded disqualification of Soren from the assembly, the ruling Jharkhand Mukti Morcha (JMM) and Congress have dismissed the allegation as “baseless” and accused the saffron party of trying to destabilise the state government.

“In such cases, the Election Commission acts as quasi-judicial body wherein the full bench of the commision led by the chief election commissioner would deliberate on the issue. Notice would be served to the chief minister for a response before determining whether he violated provisions under section 9A of the Representation of People’s Act,” a third official said, seeking anonymity.

India will be able to reach carbon neutrality well before 2070: IRENA director general