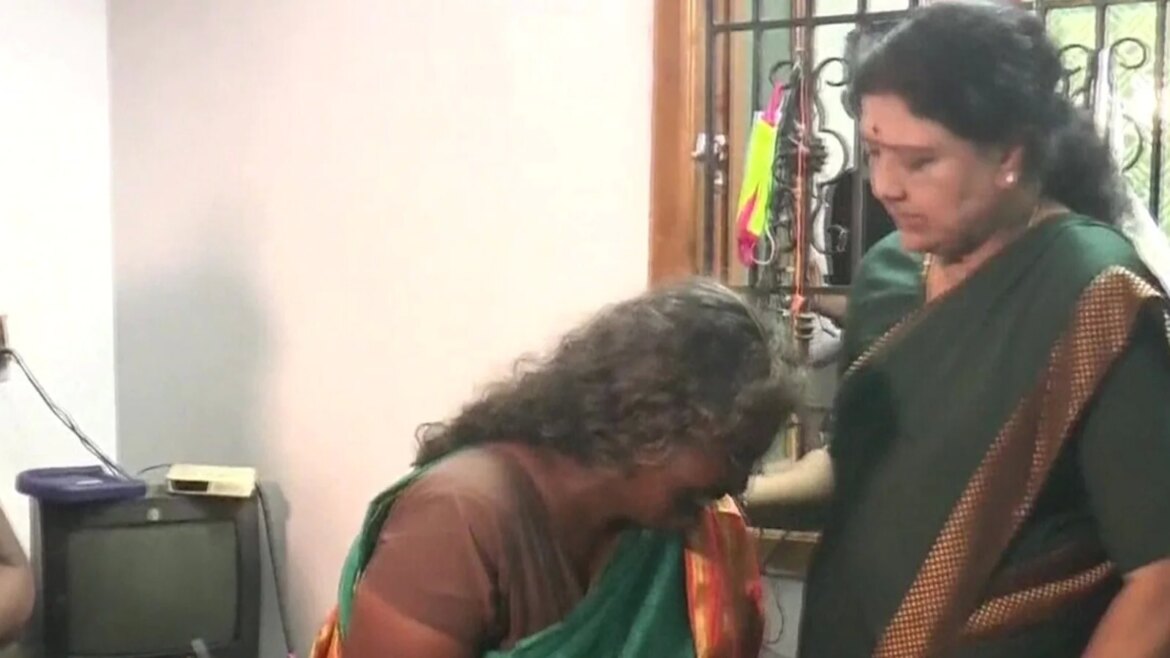 Former All India Anna Dravida Munnetra Kazhagam leader VK Sasikala on Thursday met the family members of the deceased in Thanjavur, who lost their lives after a temple car came in contact with a live wire during a chariot festival.

In photos shared by news agency ANI, Sasikala was seen consoling the family members of the victims. Eleven people including three children were electrocuted after a temple chariot procession came in contact with a high-voltage wire on Wednesday.

The incident took place at around 3 am near Kalimedu, when the Appar Swamy temple chariot procession was underway. At least 15 people are said to be injured, with the police officials estimating that the death toll could mount.

Tamil Nadu | Former AIADMK leader VK Sasikala on Wednesday met families of the deceased in Thanjavur, who lost their lives after a temple car came in contact with a live wire during a chariot festival.

Eleven people were killed in the incident. pic.twitter.com/G8nYUwAQyt

“It is a tragic and painful incident. We have ordered government officials to take action on this issue. I have conveyed my condolences to the bereaved families,” Stalin told reporters.

The state government has also announced an ex-gratia of ₹5 lakh to the kin of the deceased while ₹2 lakhs will be given from the ruling Dravida Munnetra Kazhagam (DMK) trust to them.

Meanwhile, Prime Minister Narendra Modi announced an ex-gratia of ₹2 lakh each from the Prime Minister’s National Relief Fund to the next of kin of the deceased.

An FIR has been registered in connection with the case and investigation is underway.

Some articles had gone missing and the watchman at the Kodanad bungalow, which belonged to former chief minister J Jayalalithaa, was found murdered after thieves allegedly broke into it. Later, a driver at the estate, Kanagaraj, also died in an accident among others.