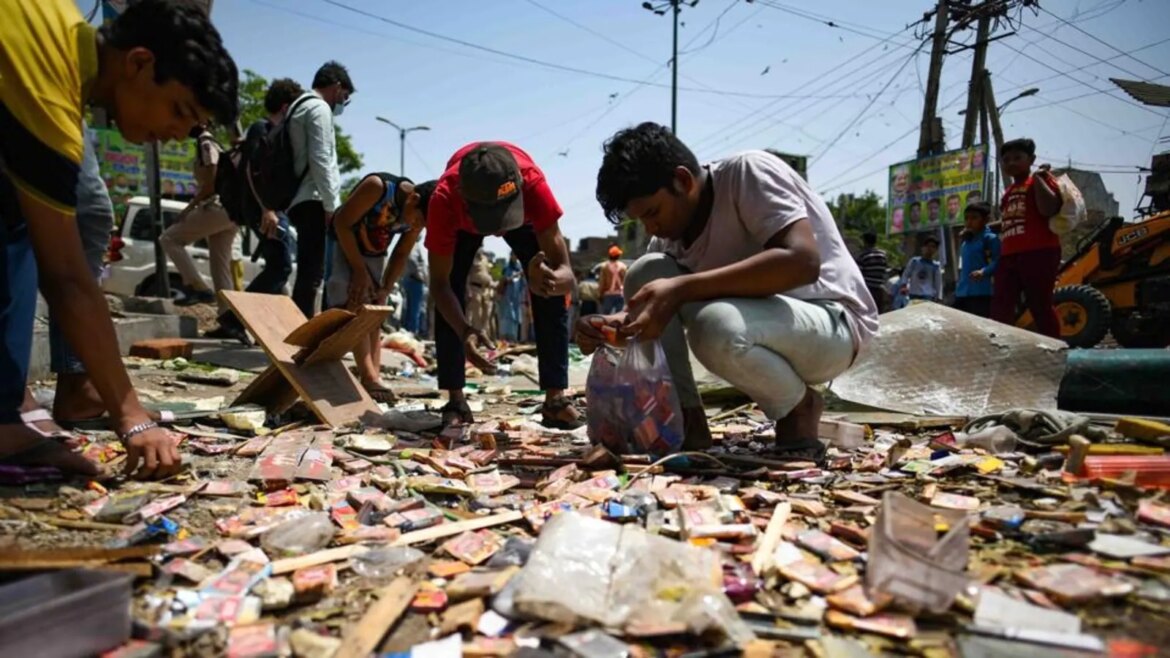 The Supreme Court on Thursday extended its order halting demolitions in Delhi’s Jahangirpuri, where violence erupted April 16 as a Hanuman Jayanti procession was passing through a Muslim-dominated residential block.

The court said it would take a ‘serious view’ of any such incident; the warning came after the court was forced to intervene yesterday because demolitions continued for two hours after Chief Justice NV Ramana ordered they be halted.

Multiple petitions – including one by CPM leader Brinda Karat – have been filed against the demolition in Jahangirpuri, which has been accused of targeting one community (Muslims) and being carried out in violation of the law.

Petitioners had argued the people whose structures were being demolished had not been notified in advance, and questioned a demolition drive that began after a letter from the BJP’s Delhi unit chief demanding action against ‘rioters’.

Solicitor General Tushar Mehta, appearing for the government, argued that the drive was a routine exercise carried out by the administration – he said it was the fifth this year – and that notices of demolition need not always be given.

Who said what in today’s Supreme Court hearing on Jahangirpuri demolitions?

“This isn’t (an) issue confined to Jahangirpuri. It is on social fibre of this country. If this is allowed there will be no rule of law left. How is (it that the) President of (Delhi) BJP writes and asks to start demolition and they start? 5-15 days notice is a must.”

“There are 731 unauthorised colonies in Delhi with lakhs of people and you pick up one colony because you target one community!”

“You have destroyed homes, who should be held accountable? They are poor people! Come to any colony in south Delhi, including golf links… every second house has unauthorised construction. If you want to act against unauthorized constructions go to Sainik Farms… go to Golf Links where every second home is an encroachment. You don’t want to touch them, but target the poor people.”

“Encroachments are wrong… What is happening is you are associating Muslims with encroachment.”

“I have photos where people from a community were gated and their houses were demolished. What is this process… to instil fear… to side-line rule of law?”

“Can’t connect encroachments to one community! Encroachments aren’t limited to ‘a’ and ‘b’ community. You can’t just demolish houses saying they are encroached.”

“So far as buildings are concerned notices were issued. A petition was filed by a traders association of Jahangirpuri where there are judicial orders of the (Delhi) High Court regarding removal of encroachment.”

“Allegation that one community is targeted is incorrect. In Madhya Pradesh’s Khargaone, which has become topic of all debates, 88 affected parties are Hindus. I’m sorry I’ve to bifurcate them… government doesn’t want to. I’m being compelled to.”

“Issue notice in writ petitions. Status quo to be maintained till further orders. List after two weeks. Pleadings to be completed till then.”

9 bodies found outside Kyiv, some ‘with signs of torture’: Ukraine

Summer special: 6 delectable mango recipes you must try this summer