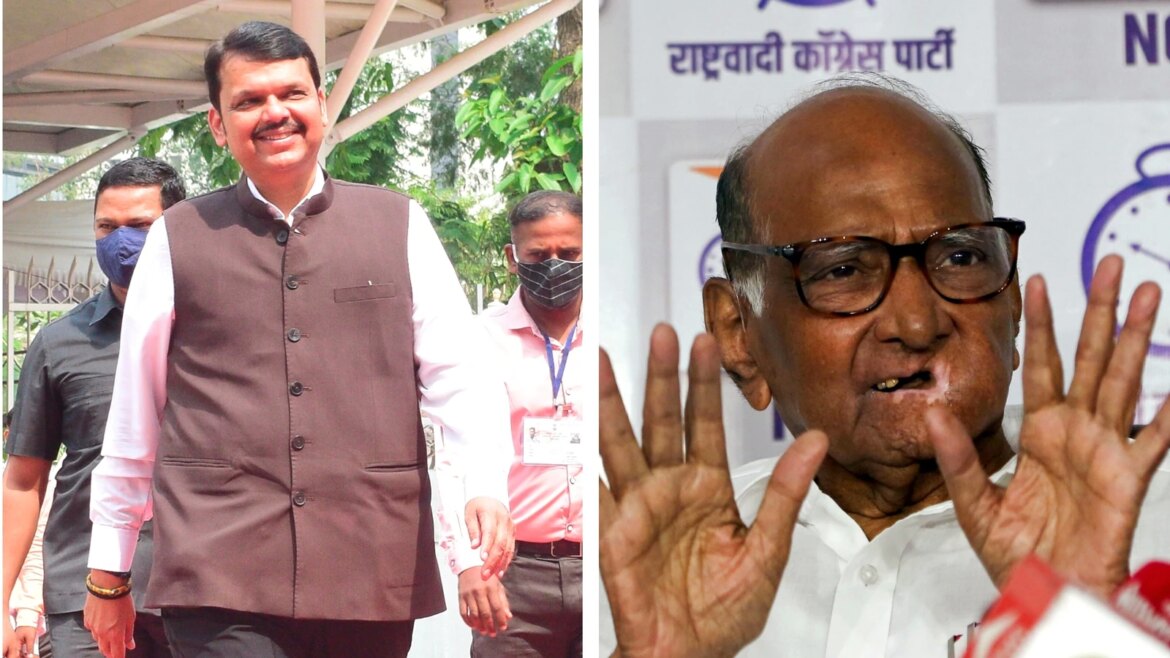 Kashmir Files is not against any religion but against those who chose to look the other way, Devendra Fadnavis tweeted in a long post slamming NCP chief Sharad Pawar.

Former Maharashtra chief minister Devendra Fadnavis on Thursday slammed Nationalist Congress Party and its chief Sharad Pawar over his several recent statements on Vivek Agnihotri’s The Kashmir Files and said his remarks are not surprising at all. Posting a long Twitter thread of news articles, Fadnavis dug up NCP’s old track record of ‘appeasement policy and politics and polarising the society on communal basis’.

A thread👇🏻
On one hand,we are celebrating birth anniversary of Dr.Babasaheb Ambedkar ji,who was against the inclusion of #Article370 granting special status to Jammu & Kashmir.

Sharad Pawar said a movie like The Kashmir Films should not have been cleared for screening. “But it is given tax concessions and those responsible for keeping the country united are encouraging people to watch the film that stokes anger among people,” the NCP leader earlier said. On several occasions, he repeated his emotions against the movie which Fadnavis said is not surprising at all.

During 1993’s Mumbai blast, Sharad Pawar “invented a 13th blast in a Muslim area”, Fadnavis said. “Instead of law and order, appeasement was his first priority,” the former CM added.

“Why such double standards when we expect communal harmony? Why does a movie based on real testimonials of sufferings of Kashmiri Pandits disturb someone? Just because it doesn’t suit the pseudo-secular agenda?” Fadnavis said.

“The Kashmir Files movie is not against any religion but it is against those who chose to look the other way when people were suffering, because they felt that it suits their political agenda of appeasement, thereby achieving a communal divide??” the former chief minister said.