Home India ‘India has to be confident about who we are’: Jaishankar at Raisina Dialogue
India

‘India has to be confident about who we are’: Jaishankar at Raisina Dialogue 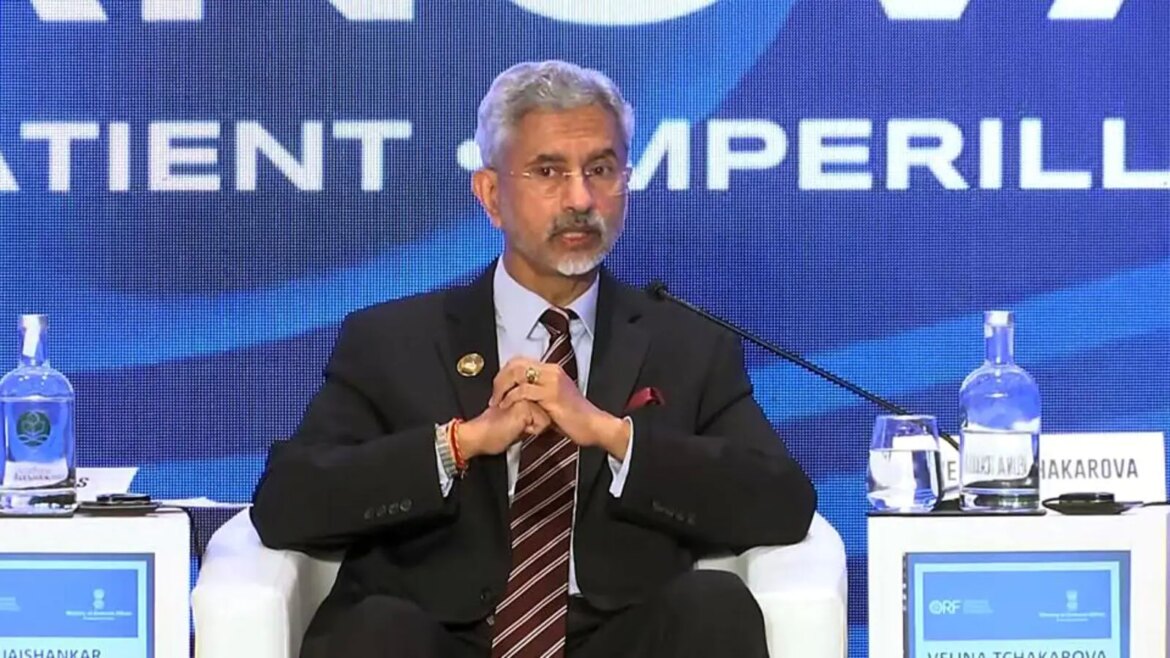 NEW DELHI: India should engage the world with confidence about its identity, rather than behaving as a “pale imitation” of other nations, external affairs minister S Jaishankar said on Wednesday against the backdrop of Western pressure to oppose the Russian invasion of Ukraine.

Jaishankar made the remarks at a session of the Raisina Dialogue, the foreign ministry’s flagship conference on geopolitics being attended by ministers and top diplomats of dozens of countries. The comments came a day after he countered European pressure on Ukraine by highlighting the chaotic withdrawal of the West from Afghanistan and its silence on challenges to the rules-based order in Asia.

India, he said, doesn’t need the approval of other countries. “We have to be confident about who we are. I think it is better to engage the world on the basis of who we are, rather than try and please the world as a pale imitation of what they are,” he said.

“This idea that others define us, somehow we need to get the approval of other quarters – I think that is an era we need to put behind us,” he said at the session on India’s journey since Independence in 1947 and the way ahead. Over the next 25 years, he said he envisaged an India that will be “more international” in terms of its commitments and responsibilities.

Jaishankar said the best way of dealing with the Ukraine crisis is to focus on “stopping the fighting” and “getting them talking and finding ways of moving forward”. India’s stance is best placed to advance such an approach, he added.

The Indian side has repeatedly called for an end to the fighting in Ukraine and a return to dialogue, though it has stopped short of publicly condemning the Russian aggression. The US and key European powers have been pressing India to change its position.

Jaishankar further said India needs to earn its place in the world, and this will depend on how the world benefits from the country’s growth, he said. Asked about the country’s priorities for the next 25 years, he said the central focus should be developing capability in all areas.

“If I were to pick a single thing that we have done, the difference we have made to the world in the last 75 years, it is the fact that we have a democracy,” he said. He also acknowledged that India had come up short in some areas, such as the lack of attention to social indicators, human resources, manufacturing and technology, and not making “hard security” a key part of foreign policy.

Jaishankar said the choices made by India had a larger influence globally and contributed to the spread of democracy in South Asia. “We would like to see more prosperity in South Asia…We would now like to be part of a larger lifting tide so that the rest of South Asia grows along with us,” he said.

India should now do more to develop reliable and resilient supply chains and transparent and trusted technologies that can benefit the world, he said. “I think some of that is happening for strategic reasons obviously, but we need to make more of it happen especially for economic reasons,” he said.

Morning brief: Centre may nudge depts over vacancies reserved for Scheduled Castes, and all...