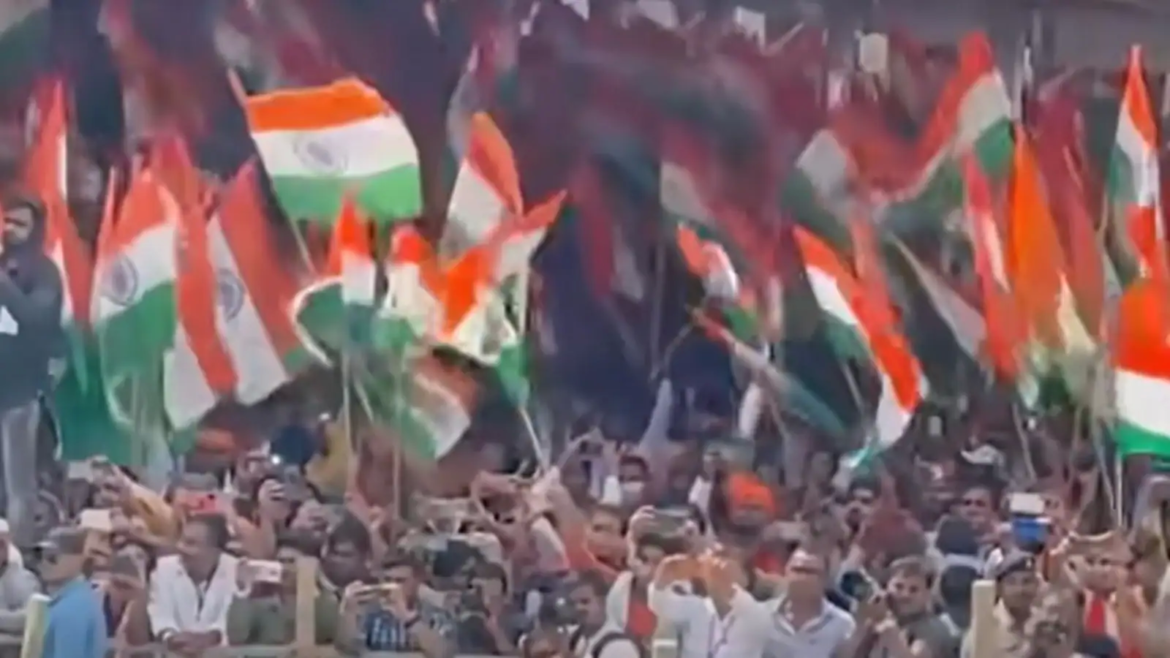 India saw a new feat as a Guinness world record was created with 78,220 people in Bihar’s Bhojpur simultaneously waving the national flag together on Saturday in a celebration of 75 years of independence – ‘Azadi Ka Amrit Mahotsav.’ “ In the presence of Union Home Minister Shri Amit Shah, India has created the record in waving the National Flag at the same time,” a statement by the ministry of culture read.

“The most people waving flags was achieved by Ministry of Home Affairs and Ministry of Culture, Government of India (India), to celebrate Azaadi ka Amrit Mahotsav’ at Jagdishpur, Bhojpur, Bihar, India on April 23, 2022,” the Guinness World Records certificate read.

The ‘Amrit Mahotsav’ was organised to commemorate the 164th anniversary of freedom fighter Veer Kunwar Singh – a key figure in the 1857 mutiny . Veer Kunwar Singh fought his last battle near Jagdishpur on April 23, 1858, and defeated the East India Company in this battle. Kunwar Singh died in service for the nation after taking down the Union Jack flag from Jagdishpur Fort.

“In his address, the Union Home Minister said that Prime Minister Shri Narendra Modi has envisioned that in 2047, India should lead globally and this can be our true tribute to all brave freedom fighters like Veer Kunwar Singh. Babu Kunwar Singh was also a great social reformer and he had placed the idea of welfare of the backward and downtrodden before the nation at that time,” the government statement read.