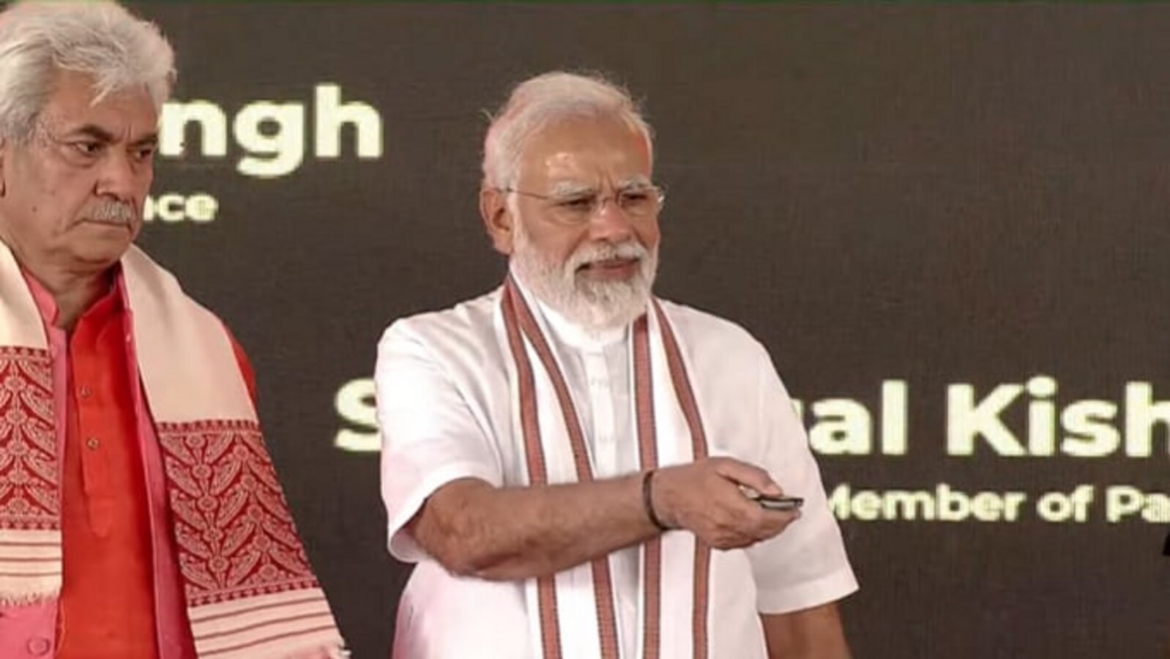 With the inauguration of a 500 KW solar power plant at Palli in Samba District, it is moving towards becoming the country’s first panchayat to become carbon neutral…The people of Palli have demonstrated what ‘Sabka prayas’ can do: PM Narendra Modi in Jammu pic.twitter.com/kqLAKvezek

The project was completed at a cost of ₹2.75 crore in a record time, officials were quoted as saying by news agency PTI. “It is a red letter day for us. With the blessing of Modi ji, the village has entered into the history of India as the first carbon neutral solar village. We thank the prime minister for choosing this hamlet across the country,” Palli villager Gurdeep Singh said.

The electricity generated will be distributed to the village, which has a daily demand of 2,000 units, according to the PTI report.

The Prime Minister also laid the foundation stone of Ratle and Kwar Hydroelectric projects. “Projects worth ₹20,000 crore related to connectivity and electricity have been inaugurated here today. In a bid to speed up the development in Jammu and Kashmir, many development initiatives are being taken up in the Union Territory,” said PM Modi.

These initiatives will provide huge employment opportunities to the youth of Jammu and Kashmir, he added during his first visit to Jammu and Kashmir since Article 370 was scrapped by the government in 2019.

(With inputs from PTI)