If India wants to buy anything, ready to discuss: Russia minister Sergey Lavrov 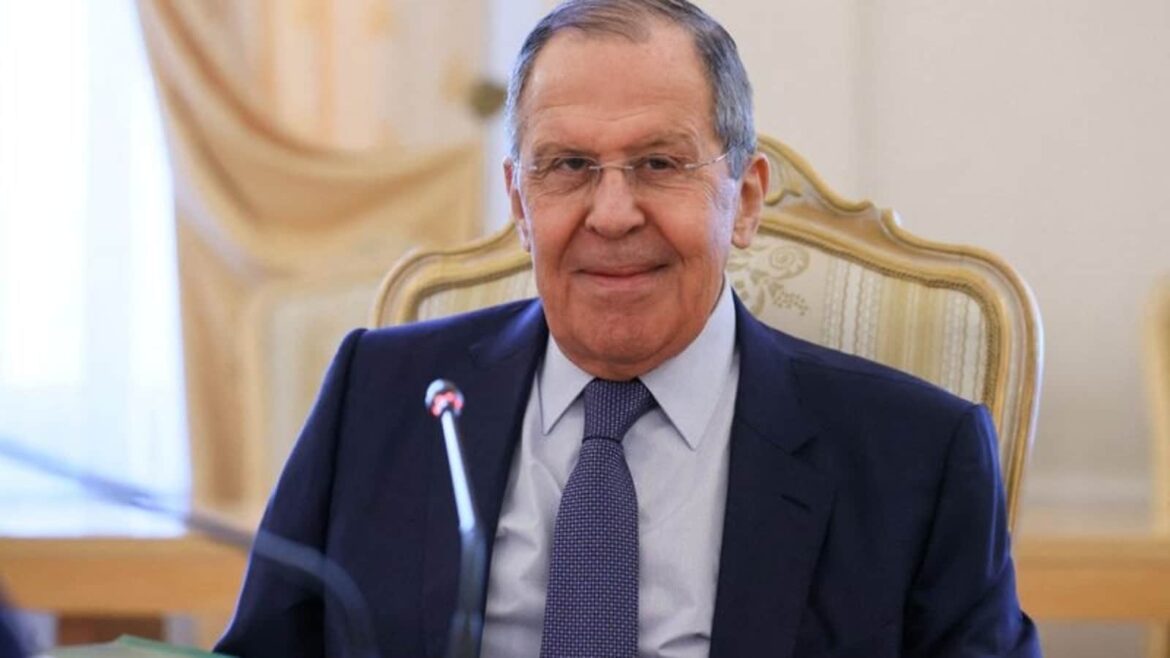 Russian foreign minister Sergey Lavrov said on Friday that Moscow has developed a system to engage in trade in national currencies with countries such as India and efforts to move away from the dollar-based payment system will intensify. “More and more transactions will be done using national currencies and bypassing a dollar-based system,” he said at a press conference after holding talks with external affairs minister S Jaishankar.

Lavrov said a rupee-rouble payment system for trade with India was put into place earlier and it could be strengthened further. According to reports, New Delhi and Moscow are working on a rupee-ruble mechanism to facilitate trade and get around Western sanctions on Russian banks.

“I come here in a spirit of friendship to explain the mechanisms of our sanctions, the importance of joining us, to express a shared resolve and to advance shared interests. And yes, there are consequences to countries that actively attempt to circumvent or backfill the sanctions,” Lavrov, who is on a two-day visit to India, said.

“We are very keen for all countries, especially our allies and partners, not to create mechanisms that prop up the ruble and that attempt to undermine the dollar-based financial system,” he said.

When asked about India’s plan to buy discounted Russian oil, Lavrov said Moscow is ready to provide anything that New Delhi wants to buy. “We are friends,” he told reporters.

The Russian foreign minister also complimented India for its position on the Ukraine crisis, saying it follows an independent foreign policy.

“These days our Western colleagues would like to reduce any meaningful international issue to the crisis in Ukraine… (We) appreciate that India is taking this situation in the entirety of facts, not just in a one-sided way,” Lavrov said.

“Friendship is the keyword to describe the history of our relations and our relations were very sustainable during many difficult times in the past,” Lavrov said.

India has abstained from United Nations resolutions censuring Moscow and continues to buy oil from Russia, which is its biggest arms supplier.

Jaishankar “emphasised the importance of cessation of violence and ending hostilities”, the Indian foreign ministry said.

“Differences and disputes should be resolved through dialogue and diplomacy and by respect for international law, UN Charter, sovereignty and territorial integrity of states.”

Lavrov arrived in Delhi on Thursday from China, where he had hailed Beijing as part of a new “multipolar, just, democratic world order”.

Moscow, facing massive Western sanctions in response to its invasion of Ukraine in February, has declared a “no-limits partnership” with China, which has also refused to condemn Russia’s actions.

Lavrov also said the US pressure will not affect the partnership between India and Russia.

“Have no doubt pressure doesn’t affect partnership, I have no doubt no pressure will affect our partnership… They (US) are forcing others to follow their politics,” said Lavrov while replying to a question about US pressure affecting India-Russia ties.

Earlier this week, US State Department spokesperson Ned Price had said that every country has its own relationship with Moscow and Washington is not seeking any change in that.

“Different countries are going to have their own relationship with the Russian Federation. It’s a fact of history. It’s a fact of geography. That is not something that we are seeking to change,” Price had said during a press briefing in Washington.

This is Lavrov’s first trip to India since Moscow launched a “special military operation” in Ukraine on February 24.