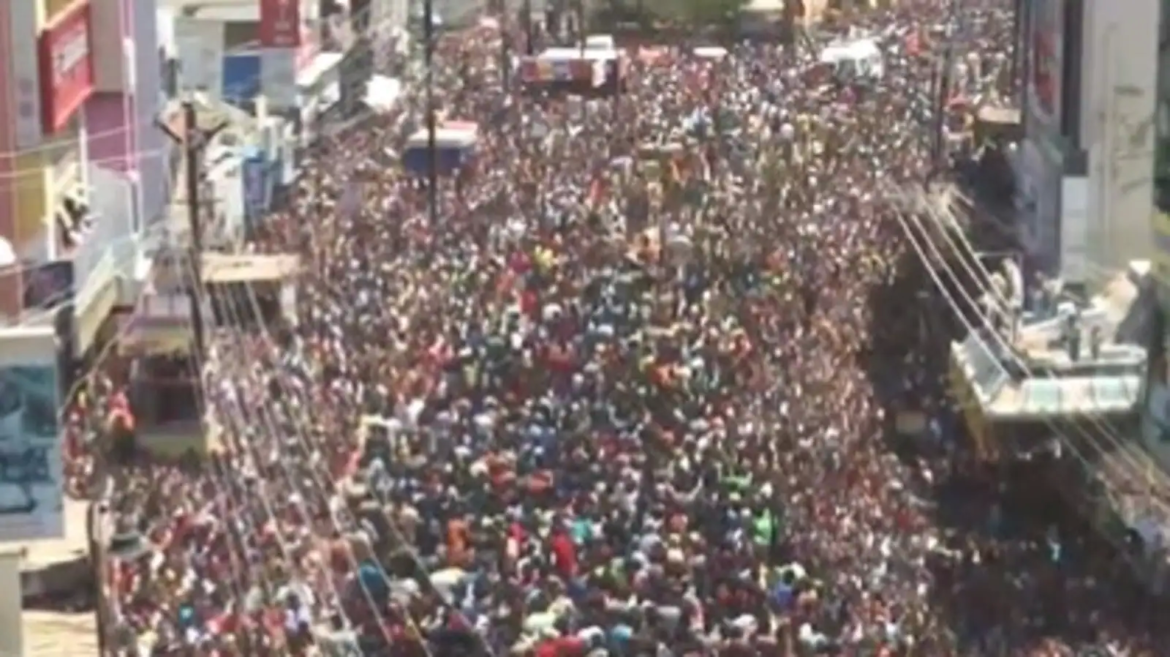 Huge crowds were seen in attendance as the annual chariot festival processions were carried out in Tamil Nadu. A large number of devotees have gathered in Madurai near the Meenakshi Amman temple. In a video shared by news agency ANI, thousands of people can be seen around the temple, celebrating the festival.

The festival – which is celebrated during the Tamil month of Chithirai – saw muted celebrations for two years due to the coronavirus pandemic.

The annual ‘Chithirai’ festival or the annual chariot festival is also known as Chithirai Thiruvizha, Meenakshi Kalyanam or Meenakshi Thirukalyanam. It commenced last week, and the traditional flag hoisting was done at the Meenakshi Amman temple in Madurai on Tuesday. The festival celebrations last for one month – out of which the first 15 days mark the celebrations of the coronation of Goddess Meenakshi as the divine ruler of Madurai and her marriage.

The festival highlights the celestial wedding of Goddess Meenakshi and Lord Sundareswarar. The wedding, also known as Thirukalyanam, was observed on April 14 in the temple. According to the temple authorities, the Kallazhagar festival will be held on Saturday.

Before the festival began, the district authorities had held several rounds of discussions for a smooth conduct. According to reports, state finance minister PTR Palanivel Thiagarajan had also inspected the areas close to the temple. Reportedly, over 3,000 police personnel have been deployed in the district during the festival, and are also ordered to look after crowd management.

Treasures going back 10,000 years: A peek inside the Encyclopedia of Indian Art