‘He is doing great work, will not be replaced’: JP Nadda backs Jai Ram Thakur 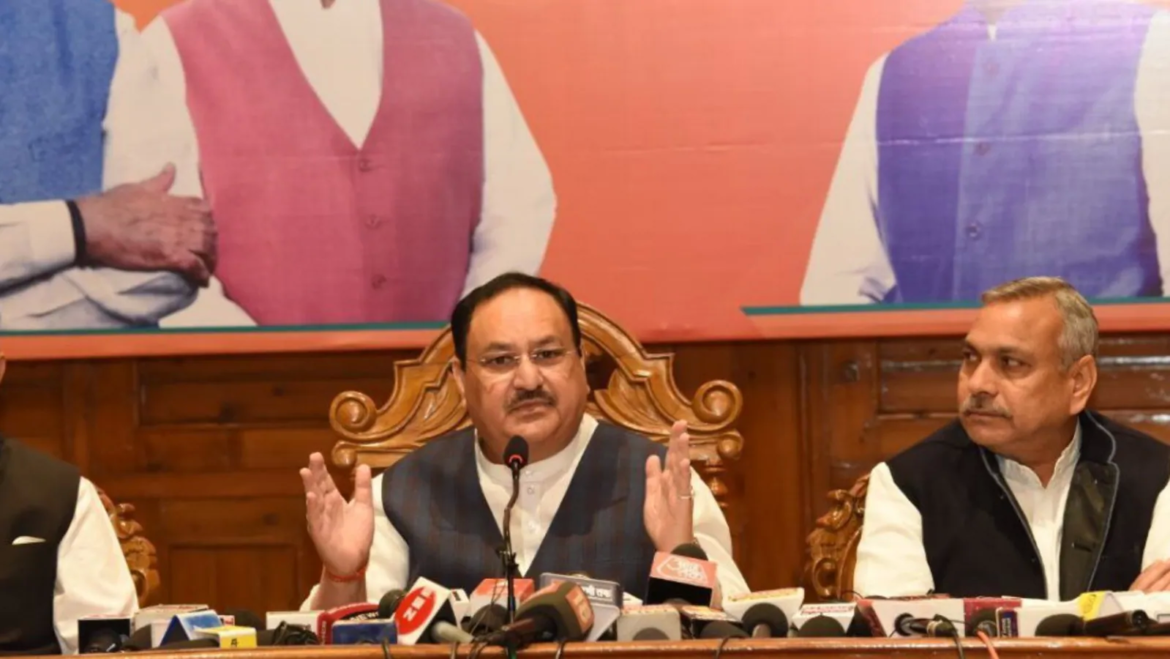 Amid claims by the Aam Aadmi Party (AAP) that the Bharatiya Janata Party (BJP) will replace Himachal Pradesh chief minister Jai Ram Thakur with Union minister Anurag Thakur ahead of this year’s assembly elections in the hill state, BJP president JP Nadda on Sunday backed Jai Ram Thakur, saying that the upcoming polls will be contested under the incumbent chief minister’s leadership.

“He is doing great work and he will continue with it in future. In fact, none of the state ministers will be changed,” Nadda said at a press meet in Shimla. The BJP president, who is in his home state a four-day visit, arrived here a day ago.

The 61-year-old leader, who is a Rajya Sabha MP from Himachal Pradesh, also declared that the some sitting party MLAs may not be repeated in the elections. “10 to 15 per cent BJP MLAs did not get tickets in Uttar Pradesh, and that is likely to happen here too,” Nadda said.

The former Union health minister’s response over Jai Ram Thakur’s position came after AAP leader and Delhi deputy CM, Manish Sisodia, on April 7, described Jai Ram as a ‘failed CM.’ Sisodia tweeted, “Fearing the increasing popularity of the Kejriwal model of governance, the BJP wants to make Anurag Thakur take reins for four months. But whatever tactics the BJP adopts, the people of Himachal have made up their mind to give a chance to honest politics.”

Last year, in a major setback to the ruling party, the opposition Congress won bypolls to four seats–the Lok Sabha constituency of Mandi and three assembly segments–in the state.

The BJP, meanwhile, retained power in four of the five states which recently went to polls; the fifth, Punjab, was swept by the AAP in its first major victory outside Delhi. In all the four states–Uttar Pradesh, Uttarakhand, Goa and Manipur–the JP Nadda-led party repeated its incumbent CMs as chief ministers.

Himachal Pradesh is slated to go to polls later this year as is Gujarat, another BJP-ruled state.

Summer special: Beat the heat with delicious and refreshing aam panna; recipe inside

IMD predicts heavy rainfall, severe heatwave in these states for next two days