Governor should do job of postman, send bills to Prez, says Tamil Nadu CM Stalin amid row over anti-NEET bill 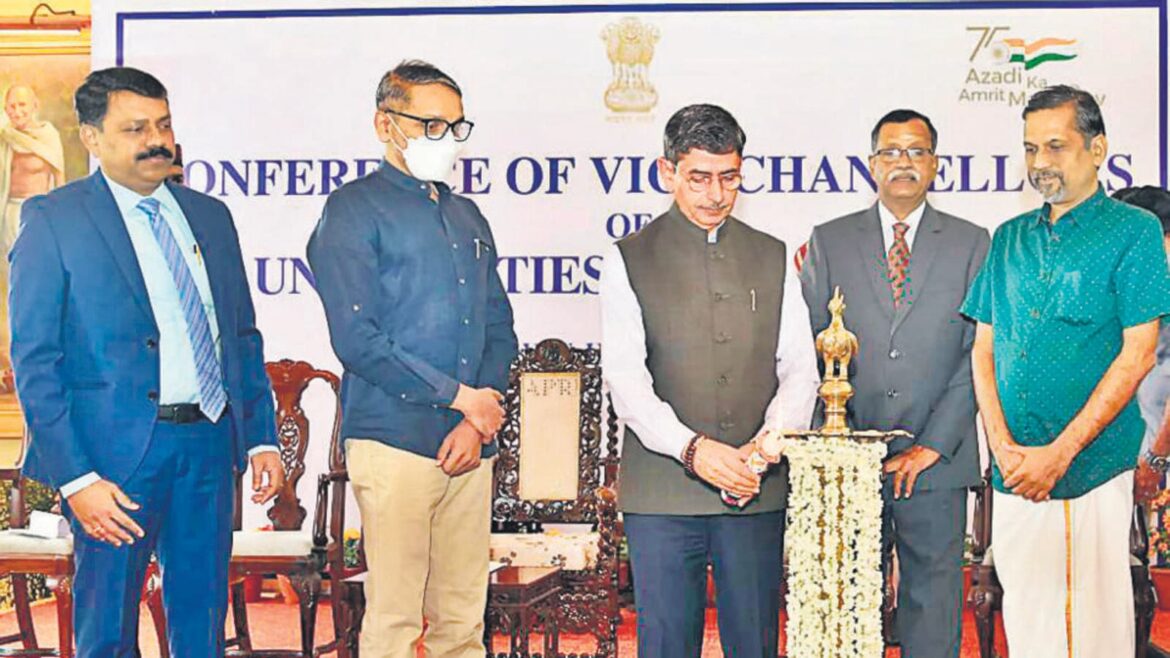 Tamil Nadu chief minister MK Stalin on Tuesday aimed a dig at governor RN Ravi, describing him as a “postman who is merely meant to send legislation passed by the state cabinet to President Ram Nath Kovind”.

Stalin was speaking at a public meeting organised by the Dravidar Kazhagam (DK), the ideological parent of the Dravidian parties.

DK president K Veeramani, while addressing the function, said that the Tamil Nadu governor was only a postman who has no right to open a letter and see it but only send it to the President, and Stalin borrowed his words.

The leaders were referring to the governor’s delay in sending the anti-NEET bill, which was passed by the state government twice but is still stuck at the Raj Bhavan.

“I am not asking the Governor for approval for the bill. The Governor does not have the authority. He should send the bill to the President. Like Asiriyar (Veeramani) said he should do the job of a postman,” Stalin said to loud applause. “His refusal to send the bill is not respectful of the position he holds. The state assembly passed legislation against NEET, which is what the 8-crore people (in Tamil Nadu) want and as a single man, the governor is withholding that.”

The strong statements come a day after the Tamil Nadu government passed two Bills in the assembly that sought to take away the power of the governor (as chancellor) in appointing vice-chancellors and bestow it with the state as it is the practice in other states such as Gujarat and Telangana. Stalin justified it by saying that while the government takes the policy decisions and the governor appoints V-Cs, it creates an adverse impact on the administration of higher education.

The relationship between the office of the governor and the ruling Dravida Munnetra Kazhagam (DMK) soured after Ravi returned the anti-NEET Bill for the House to reconsider. The state legislative assembly had passed the Undergraduate Medical Courses, 2021 Bill unanimously, barring the Bharatiya Janata Party (BJP) on 13 September last year.

Since then, senior leaders of the DMK went around to meet various other state chief ministers seeking their support for the abolition of NEET. A delegation also met Union home minister Amit Shah over the issue. And a Stalin-led delegation had met the Governor last year to press him to forward the bill. The matter reached a crescendo when a few DMK leaders even demanded the governor’s resignation over his inaction.

And 142 days later, the governor stunned the state by returning the bill, saying that it presents a jaundiced view and makes sweeping assumptions. On February 8, Tamil Nadu’s MLAs once again convened to adopt the anti-NEET Bill for the second time while the four BJP MLAs walked out of the assembly. The Bill seeks to restore the state’s method of admitting students for medical admission based on Class 12 marks before NEET became a reality in Tamil Nadu in 2017, as mandated by a Supreme Court verdict. More than 200 days after the governor’s stoic inaction, the state government boycotted his ‘at home reception’ held earlier this month, while DMK allies went on a black flag protest against the governor.

Girl raped after being ‘sold’ by mother in Rajasthan: Police