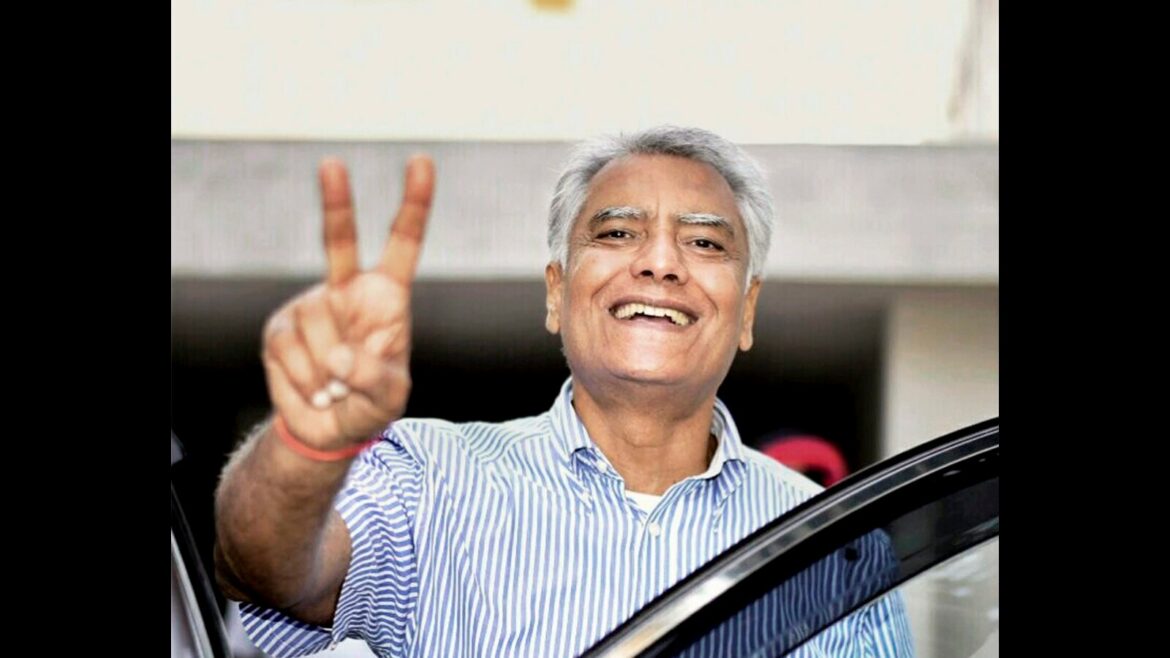 Chandigarh: “Good luck and goodbye Congress,” former Punjab Congress president Sunil Jakhar said on Saturday as he quit the party weeks after being removed from all positions for alleged anti-party activities.

Jakhar took to social media to make the announcement, which came at a time when the Congress’s top brass is huddled at a three-day Chintan Shivir (brainstorming session) in Rajasthan’s Udaipur to discuss the party’s revamp and its strategy for the 2024 parliamentary elections.

“It is my parting gift to the party. These are my last words to Congressmen. Good luck and goodbye Congress,” Jakhar said during his ‘dil ki baat’ Facebook live from his Panchkula residence.

The 68-year-old disgruntled leader had initially planned to travel to Udaipur and hold a press conference. He, however, did not make any comment about joining another party.

When contacted, the veteran leader said his aim was to show the mirror to the Congress.

Jakhar headed the party’s Punjab unit for little over four years before being replaced with Navjot Singh Sidhu in July 2021. He was at the loggerheads with the Congress ever since the party leadership issued him a show-cause notice before removing him from all posts on April 30 for “anti-party” activities in the run-up to this year’s assembly elections.

The disciplinary action was taken on Punjab affairs in-charge Harish Chaudhary’s complaint to Congress president Sonia Gandhi that Jakhar’s statements had dented the party’s prospects in the February 20 assembly elections. He, however, rejected the allegations and asked if his statements had damaged the party’s prospects in the elections why was he not sacked. The infighting-ridden Congress was routed by the Aam Aadmi Party (AAP) in Punjab and managed to win only 18 of the 117 assembly seats.

In his 35-minute harangue on social media, former Lok Sabha MP Jakhar also took shots at several Congress leaders “sitting in Delhi”, particularly targeting Rajya Sabha member Ambika Soni for her statement last year that the party should go with a Sikh face after Captain Amarinder Singh was made to resign as the chief minister. Till then, Jakhar was among the front-runners for the CM post.

Calling the Udaipur brainstorming session “formality”, Jakhar said the party is facing an existential crisis, but it is behaving as if the responsibility of the entire nation rests on its shoulders. He took a swipe at the party’s decision to set up committees on issues such as foreign affairs, economy and agriculture, saying it should first put its own house in order. “It should have been a ‘chinta shivir’ instead of a ‘chintan shivir’, more about ‘worry’ than ‘introspection’. If they were really worried, another committee would have been set up on the poll debacles in Uttar Pradesh, Uttarakhand, Manipur and Goa,” he said.

Once considered close to party leader Rahul Gandhi, Jakhar said he is a very fine and upright person and should take reins of the Congress in his hands. “He should learn to differentiate between friend and foe as well as distance himself from sycophants. If you cannot distinguish between friend and foe, then understand to differentiate between assets and liabilities,” he said, stressing that the Gandhi family’s presence was necessary for the Congress to function as one party.

Jakhar also blamed former Punjab affairs in-charge and party’s CM face in Uttarakhand, Harish Rawat, for the Congress’s debacle, calling his defeat in the hill state as divine intervention. “Rawat was sent to destabilise Amarinder, who was sitting pretty. Opposition parties usually try to destabilise,” he said, asking whether the entire exercise was “controlled destabilisation”.

Calling the Congress’ handling of party affairs in Punjab a “case study”, Jakhar also cited the example of Rajasthan chief minister Ashok Gehlot, who, he said has to tell people every 15 days that he would remain the CM. He also expressed his displeasure over being served a notice from party leader Tariq Anwar who he said was the person who called Sonia Gandhi a foreigner in 1999 to protest her appointment as the Congress chief.

Shortly after Jakhar’s announcement to quit the Congress, party leader Navjot Singh Sidhu called him “an asset” and told his party not to lose him.

“The Congress should not loose #suniljakhar …. Is an asset worth his weight in gold …. Any differences can be resolved on the table,” said Sidhu in a tweet.

The Jakhar family has been associated with the Congress for close to five decades. His father Balram Jakhar, who passed away in 2016, was a senior party leader who served as the Lok Sabha speaker and union minister. His nephew Sandeep Jakhar is presently the Congress MLA from Abohar in Fazilka district.