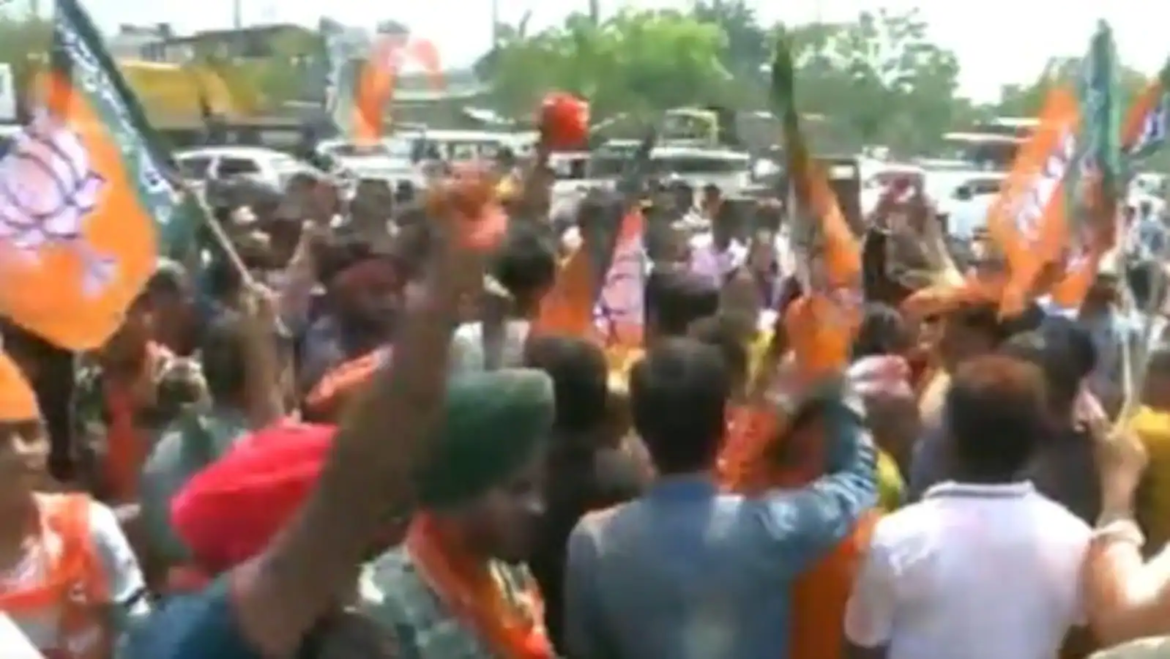 BJP workers came out to the streets in large numbers to celebrate as the trend shows the party’s big victory in the Guwahati Municipal Corporation polls on Sunday.

In a video, posted by news agency ANI, the party workers can be seen holding the BJP flags, raising slogans and dancing to Assamese songs.

Out of total 60 wards of GMC, BJP has won 52 wards while its ally party AGP won 6 wards. One each by AAP and Assam Jatiya Parishad (AJP): PG Jha, DC Kamrup (Metro) pic.twitter.com/LPmqmDLWr2

The BJP and its ally Asom Gana Parishad (AGP) won 58 out of the total 60 wards in Guwahati. While the BJP won 52 seats, the AGP bagged 6 seats. The Assam Jatiya Party (AJP) and the Aam Aadmi Party (AAP) have won one seat each. The Congress – which was the second biggest party in the state assembly – has failed to win even a single seat.

“Thank you Guwahati! The people of this lovely city have given a resounding mandate to @BJP4Assam to build on the agenda of development. They have also blessed the hard work of the state government under CM @himantbiswa. My gratitude to every BJP Karyakarta for the hard work,” PM Modi wrote on Twitter.

Thank you Guwahati! The people of this lovely city have given a resounding mandate to @BJP4Assam to build on the agenda of development. They have also blessed the hardwork of the state government under CM @himantabiswa. My gratitude to every BJP Karyakarta for the hardwork.

Ajay Devgn: I try to direct films that aren’t easy to make