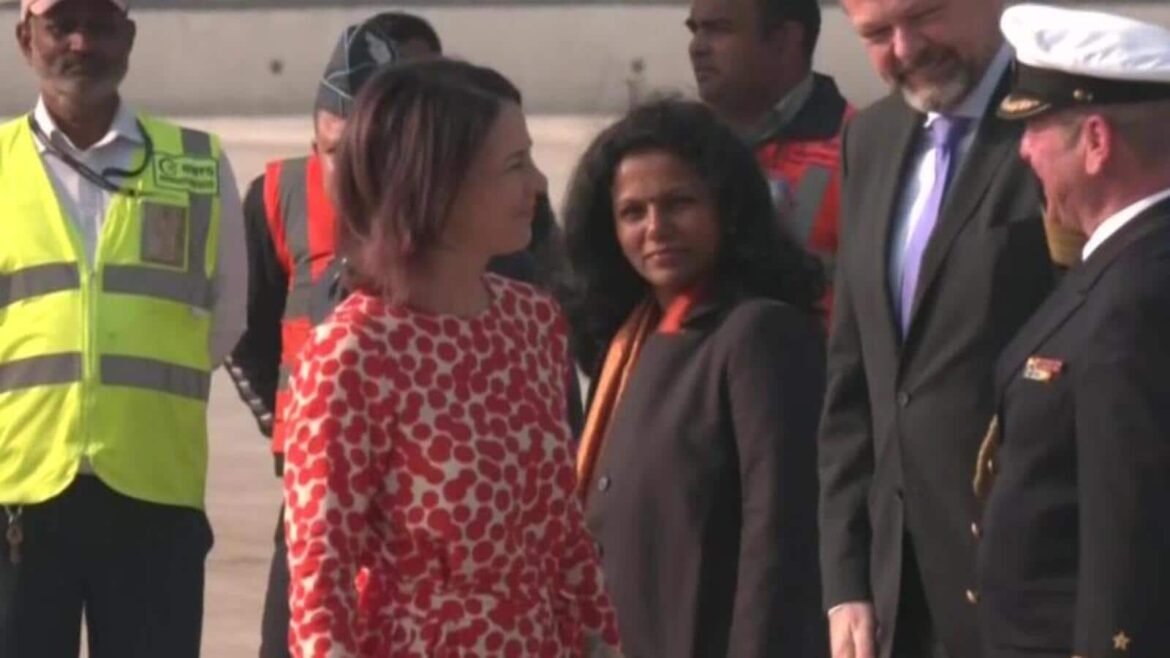 India’s relationship with China and the Russian war against Ukraine and its consequences are expected to figure in visiting German foreign minister Annalena Baerbock’s talks with her Indian counterpart S Jaishankar on Monday.

Baerbock began her first visit to India on Sunday against the backdrop of the global consequences of the Russian invasion of Ukraine.

Cooperation in the energy transition away from oil, coal and gas is also expected to figure in her discussions with Indian interlocutors, a spokesman for the Germany’s Foreign Office said.

During her talks with Jaishankar, “India’s relationship with China is likely to be discussed in addition to the Russian war against Ukraine and its consequences”, including in the energy sector, the spokesman said.

“There is no doubt that India will have a decisive influence on shaping the international order in the 21st century – in the Indo-Pacific and beyond,” Baerbock said in a departure statement.

“In the final month of Germany’s G7 presidency, I’m visiting India just days after it took over the G20 presidency. My talks will therefore also focus on the most urgent tasks of our time – containing the climate crisis and maintaining our rules-based international order,” she said.

Baerbock noted that India had “showed that it is ready to play its role globally” at the G20 Summit in Bali last month.

“The clearer positioning of the G20 against the Russian war of aggression in Ukraine is ultimately also thanks to India. As an emerging economic power and a solid democracy, India is both a role model and a bridge for many countries in the world, despite all the internal social challenges. And a natural partner of Germany,” she said.

The Indian government has set ambitious goals in the G20 and at home, and wants to push ahead with energy transition more than before, she noted. “Germany stands by India’s side. Because the dramatic effects of the climate crisis affect us all, destroying livelihoods in Europe as well as in India,” she said.

Besides steps to strengthen economic, climate and security policy cooperation with India, Baerbock will sign a mobility agreement in New Delhi that will make it easier for people of both sides to study, conduct research and work in each other’s country.

Baerbock will visit projects for renewable energies and sustainability in areas around New Delhi and the Election Commission. She will also meet representatives of civil society and non-governmental organisations working for women’s rights.

She will also participate in a trilateral India forum of the German Marshall Fund focused on cooperation in the Indo-Pacific.

Teenager drowns in stream near waterfall in Karnataka