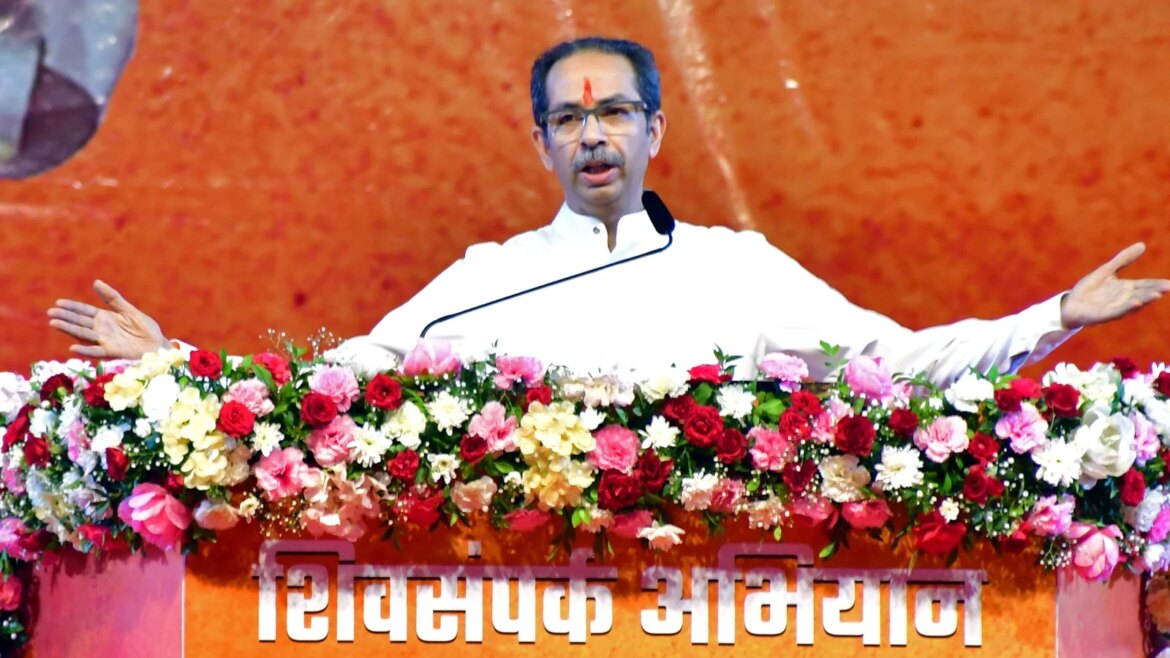 Replying to Devendra Fadnavis’s claim that he was there at Ayodhya when the Babri Masjid was demolished, Maharashtra chief minister Uddhav Thackeray on Saturday said, “What was your age? Were you in Ayodhya for a school excursion?”

Maharashtra chief minister Uddhav Thackeray on Saturday launched a blistering attack on the BJP amid the ongoing political turmoil in the state. From tearing into BJP’s ‘fake Hindustva’ to slamming Maharashtra BJP chief Devendra Fadnavis over his claim that Fadnavis was there when the Babri masjid was demolished in Ayodhya, Uddhav unleashed an all-out attack.

1. “The BJP has A ,B ,C teams and gives them loudspeakers and asks them to visit Mughal Emperor Aurangzeb’s tomb or recite the Hanuman Chalisa. The BJP will only watch the tamasha (drama) and address press conferences.”

2. “Like Sanjay Dutt’s character in the film Lage Raho Munnabhai thinks he is conversing with Mahatma Gandhi, some people think they are Sena founder Bal Thackeray.”

3. “If Dawood Ibrahim decides to join the BJP, he may even be made a minister. That is why, perhaps, central agencies are after him.”

4. “What was your age? Were you in Ayodhya for a school excursion?” Uddhav Thackeray said taking a swipe at Devendra Fadnavis who had earlier claimed he was there at Ayodhya when Babri masjid was demolished.

5. “Rahul Bhat, the Kashmiri Pandit, was killed in his office. What is the solution in this? Chant Hanuman Chalisa or hold ghanta yatra? We are celebrating Amrut Mahotsav (75 years of Independence) of our Independence but the rupee is now at ₹77 (to the dollar). Why don’t you speak on these issues?”

Morning brief: Manik Saha to take oath as Tripura CM today and all the latest news