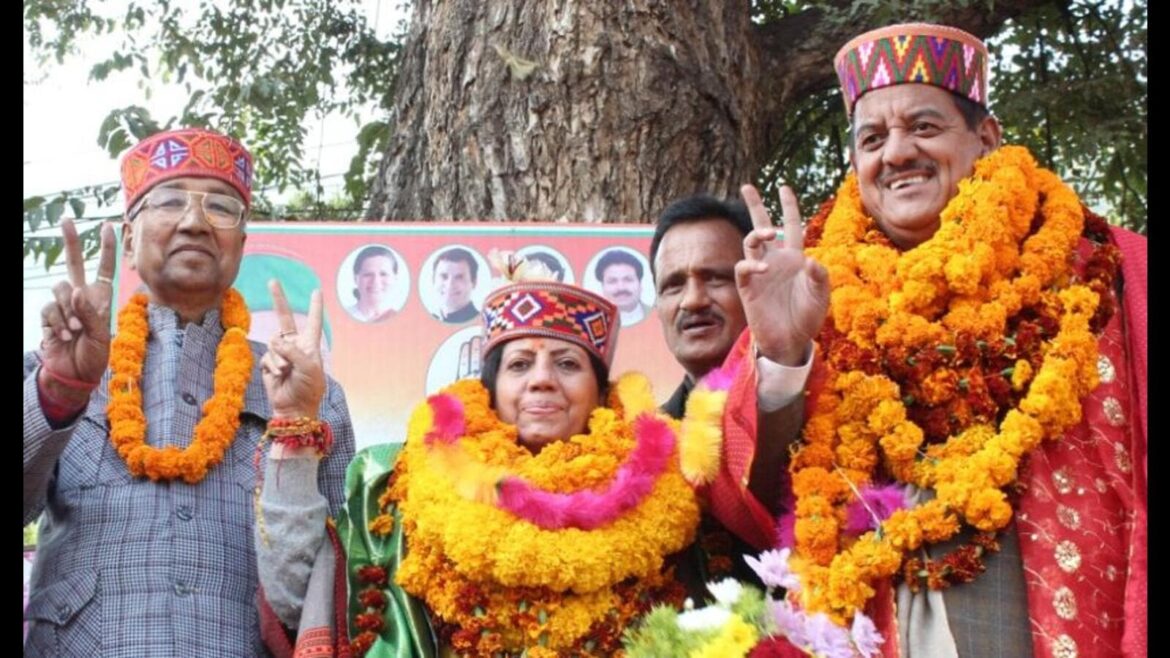 Four-time legislator Mukesh Agnihotri will remain the state’s Congress Legislative Party leader while Nadaun MLA and former state party chief Sukhwinder Singh Sukhu will lead the party’s campaign committee for the upcoming assembly elections. Sukhu will also be a member of the central election committee that plays a decisive role in the selection of candidates.

The rejig in the state unit was a long-pending demand of the party’s leaders amid squabbling between various factions to assert their dominance in the party. The Grand Old Party had been facing a leadership vacuum in the hill state after the demise of the stalwart Virbhadra Singh.

With Pratibha’s appointment, Congress not only looks to curb the infighting but also cash on the legacy of Virbhadra Singh. It is assumed that sympathy from the public following Virbhadra’s death had benefitted the Congress in the by-polls to Mandi Lok Sabha seat and three assembly segments.

Besides, the Congress’ move to appoint a woman chief is also aimed at countering the BJP which is focusing on garnering support from the female population, which constitutes half the eligible voters in the state. Also, Pratibha belongs to the Rajput community, which has dominated the political landscapes of Himachal Pradesh. Except for Shanta Kumar, all chief ministers of the state have been Rajputs.

The 66-year-old Pratibha is a third-term MP from Mandi and her victory in incumbent chief minister Jai Ram Thakur’s home turf further solidified her claim for the post of PCC chief.

Virbhadra had a pan state following, but enjoyed overwhelming support in the old Himachal region which comprises Mandi, Kullu, Kangra, Shimla, Solan and Sirmaur districts. The region had for long remained a strong bastion of the Congress.

Virbhadra was himself a Lok Saba member from Mandi five times.

Meanwhile, Sukhu, who is a third-term legislator from Nadaun, had earlier served as state president of the National Students Union of India (NSUI), the student wing of Congress and later as the state party chief.

He had always been at loggerheads with Virbhadra Singh during his tenure as party chief and was unceremoniously removed before the 2017 assembly elections.

Mahajan is a senior leader from Chamba while Rana is a protégé of former BJP chief minister Prem Kumar Dhumal. He had left the BJP and joined Congress after falling out with his mentor. He is a second-term legislator from the Sujanpur assembly constituency.

Kajal also left the BJP in 2012 after being denied a ticket and won as an independent from the Kangra assembly segment that year. Later, he joined Congress before the 2017 assembly election and was re-elected. He comes from the dominant OBC community. Vinay Kumar is also a second-term legislator from Renukaji and belongs to SC community.