Eleven MLAs in Tripura to take oath as ministers today 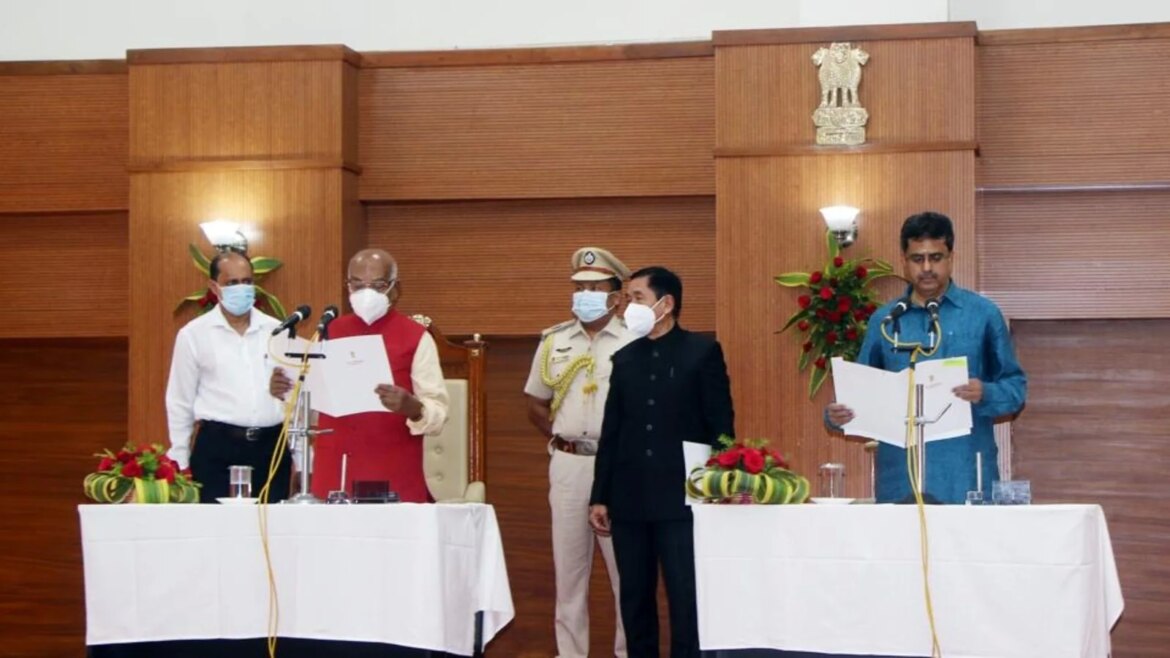 Altogether eleven MLAs – nine from the BJP and two from the IPFT – will take oath as the cabinet ministers of Tripura on Monday.

Governor SN Arya will administer the oath of office and secrecy to the cabinet ministers at a programme in Raj Bhavan in the presence of Chief Minister Manik Saha, former chief minister Biplab Kumar Deb and other dignitaries.

Saha was sworn in as the chief minister of Tripura during the day.

Former chief minister Biplab Deb, whose sudden resignation on Saturday evening got Saha the top job, was present at the ceremony along with BJP MLAs and state ministers.

Rampada Jamatia, a veteran tribal leader of the BJP, was included in the list of cabinet ministers.

IPFT MLA Prem Kumar Reang has also been inducted into the new cabinet.