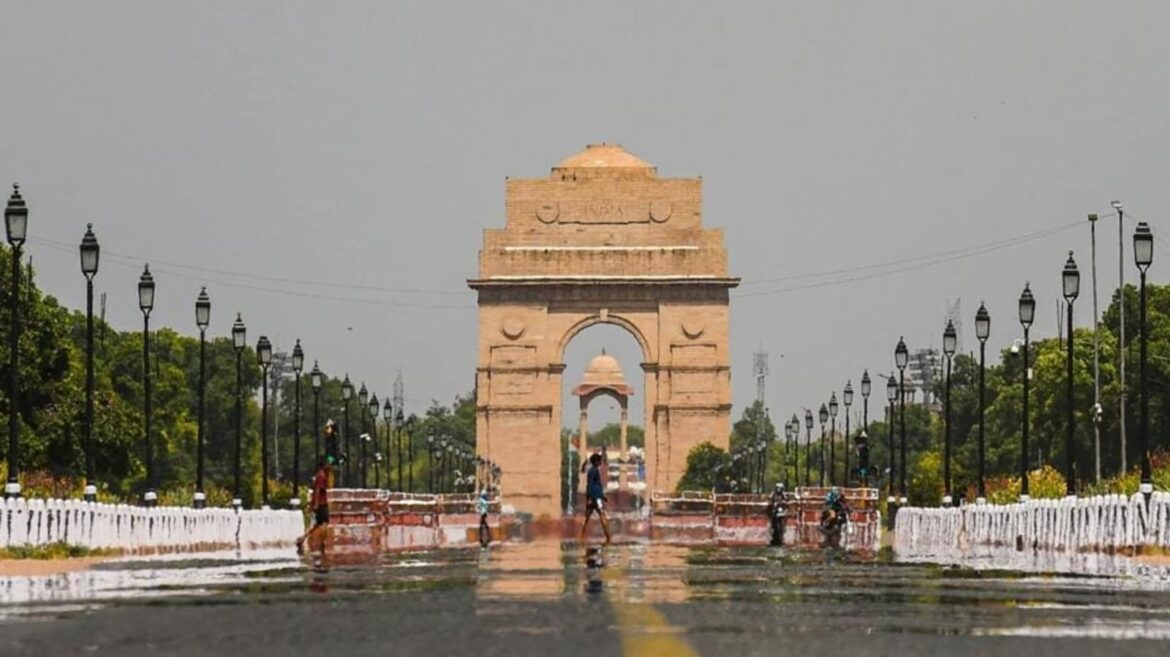 Delhi saw a new record on Sunday with the mercury passing the 49 degrees-mark in Mungeshpur near the Haryana border while neighbouring Gurgaon registered the day’s high at 48 degrees, also the highest since May 1966, according to news agency PTI. In the national capital, rain shortfall is believed to be one of the reasons behind the intense spell of heatwave. Many other parts of the country – including those in Haryana, Uttar Pradesh, Rajasthan and Madhya Pradesh – continue to bear the brunt of the sizzling temperatures.

1. “We have seen western disturbances in March, April and May, but none strong enough to bring substantial rainfall. Most either led to cloudy skies or stronger winds, which can push the maximum temperature by a degree or two, but cannot provide relief,” RK Jenamani, scientist at IMD, said on Sunday about the sizzling temperatures in Delhi.

2. Sunday was the hottest day in the capital city this year so far. The national capital is reported to have seen only two rainy days in the last few weeks – .3 mm of rain on April 21 and 1.4 mm of rain on May 4. Last month was also the second hottest April in nearly seven decades.

3. While most weather stations in the city registered readings at 45 degrees, Mungeshpur and Najafgarh (in south-east Delhi) recorded readings above 49°C.

4. Not just Delhi, other parts of the country are reeling under an intense heatwave spell too. “We have issued a red alert for Rajasthan for an intense spell of the heatwave, and a yellow alert for tomorrow. Similarly, we have issued an orange alert for Punjab, Haryana, Uttar Pradesh, eastern Madhya Pradesh and Delhi,” senior IMD scientist Naresh Kumar was quoted as saying by news agency ANI on Sunday.

5. On Saturday, some parts in Uttar Pradesh and Rajasthan saw the day’s high at 48 degrees.

6. In UP, Banda on Sunday recorded the maximum temperature at 49 degrees while in Jhansi, it was 47.6 degrees. Orai, Hamirpur, Varanasi, Churk were the other parts where mercury surged past the 45 degree-mark.

7. In Rajasthan, Ganganagar, Churu, Bikaner, and Alwar were among the parts that sizzled above the 45 degrees mark.

9. Meanwhile, in another post on Twitter, the IMD wrote on Twitter: “Heat wave conditions are likely to continue over northwest and central India today and decrease in intensity and distribution from tomorrow.”

10. While the northern and central parts tackle the heatwave spell, Kerala has braced for heavy rain.