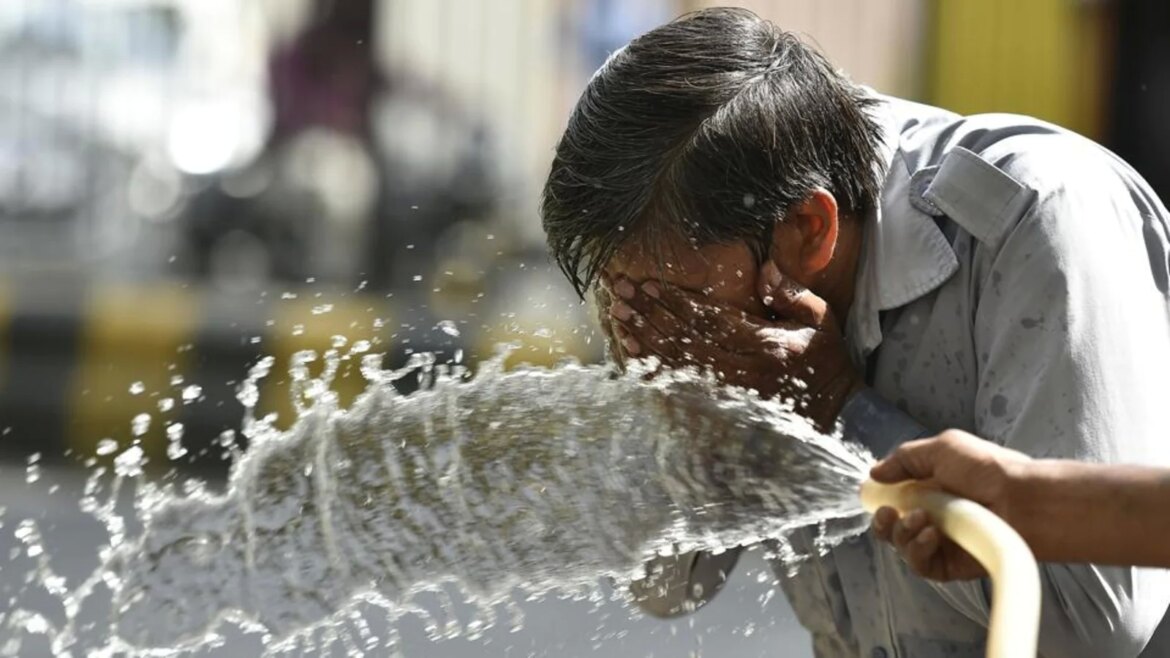 A day after Delhi saw a soaring temperature passing the 49 degrees Celsius mark, the national capital on Monday woke up to a slight relief. The Indian Meteorological Department (IMD) has said that “a cyclonic circulation” over the Punjab and Haryana will “induce pre-monsoon activity” that may result in some relief from severe heat in the national capital among other parts on Monday and Tuesday. The IMD has also predicted a thunderstorm in Delhi on Monday.

While there will be some relief for three to four days, the temperature is expected to surge again, IMD scientist RK Jenamani told news agency ANI.

He further added that some weather stations in the national capital – that had recorded a temperature of 46 to 48 degrees – will register the day’s high at 43 to 44 degrees. “For Safdarjung, it will be 42-43 degrees Celsius,” the IMD scientist said.

Delhi saw a new record on Sunday with the mercury passing the 49 degrees mark in Mungeshpur near the Haryana border, while neighbouring Gururgam registered the day’s highest temperature at 48 degrees. This was the highest temperature since May 1966, according to a PTI report.

According to the IMD, the shortfall of rain national capital is believed to be behind the intense, and prolonged, heatwave spell across the national capital. “We have seen western disturbances in March, April, and May, but none strong enough to bring substantial rainfall. Most either led to cloudy skies or stronger winds, which can push the maximum temperature by a degree or two, but cannot provide relief,” said scientist RK Jenamani.

Meanwhile, the IMD had issued a red alert for Rajasthan on Sunday for an intense spell of the heatwave, and a yellow alert for Monday in the state. Along with this, an orange alert has been issued for Punjab, Haryana, Uttar Pradesh, eastern Madhya Pradesh, and Delhi.

World No. 2 Daniil Medvedev still hopeful of playing in Wimbledon 2022