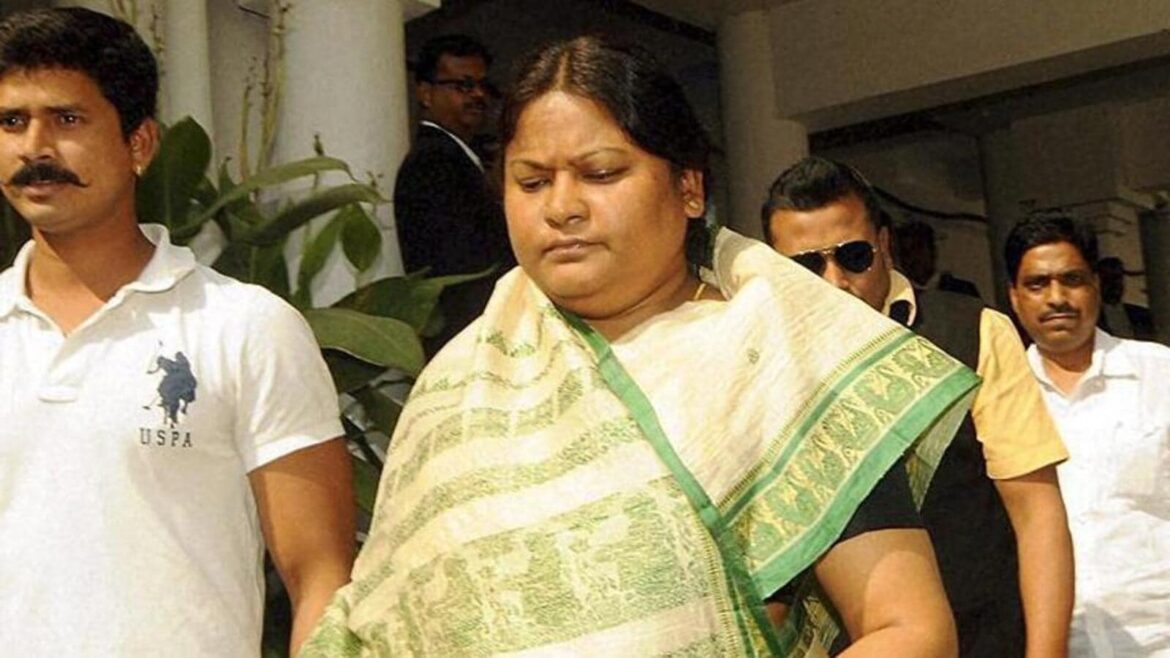 The infighting within the family of JMM chief Shibu Soren spilled over to the streets on Friday after Sita Soren, the elder daughter-in-law of the JMM supremo, alleged that the original idea of Jharkhand formation was being defeated as the Hemant Soren government had failed to curb ‘loot of land’ and was shielding corrupt officers.

Sita Soren, who represents the Jama constituency in the assembly (for the third time), is the widow of Durga Soren, the elder son of former CM and incumbent Rajya Sabha member Shibu Soren. Chief minister Hemant Soren representsSita Soren Barhait in Sahibganj district, while Basant Soren, the youngest son of Shibu is the MLA from Dumka constituency.

Sita Soren met Governor Ramesh Bais on Friday and submitted a memorandum seeking action against a mining firm working in Chatra district. The legislator in her interaction with the media outside Raj Bhawan alleged that forest land was being grabbed across the state and corrupt officials were being shielded.

“Jharkhand was formed for the protection of Jal, Jungle, Jameen (water, forest and land). But forest land is being grabbed from Ranchi to Behragora (in East Singhbhum). Corrupt officers are being shielded. The vision of Guruji (Shibu Soren) and my husband is being ignored. People had hopes from our government, but now they are disappointed,” said Sita, outside Raj Bhawan, flanked by one of her two daughters.

The JMM legislator’s meeting with the Governor comes amidst unverified media reports that the party was preparing to act against her and another legislator on the complaint of fellow party MLAs that she was conspiring with opposition BJP to topple the state government.

Sita Soren refuted all such allegations against her and countered that other groups of MLAs had gone to Delhi in a chartered plane and action should be taken against them.

“If a complaint has been sent against me, there must be something in writing. Let people come out with proof against me. Earlier also similar claims (of BJP trying to lure JMM and Congress MLAs) were made. What happened to those (police cases)? In fact action should be taken against other MLAs who went to Delhi in a chartered plane,” she said.

The JMM legislator, however, refused to share names of the legislators she was referring to and instead suggested the media to probe the incident further.

Jharkhand chief minister Hemant Soren along with his immediate family and parents Shibu Soren and Rupi Soren left for the national capital on Friday evening on a ‘personal visit’. JMM leaders said he is likely to visit Vaishno Devi shrine while Shibu would be attending the Rajya Sabha session.

When contacted for their reaction to Sita’s meeting with the Governor, top JMM leaders refused to comment over the development.

Kalicharan Maharaj, arrested for hate speech, gets bail after 3 months