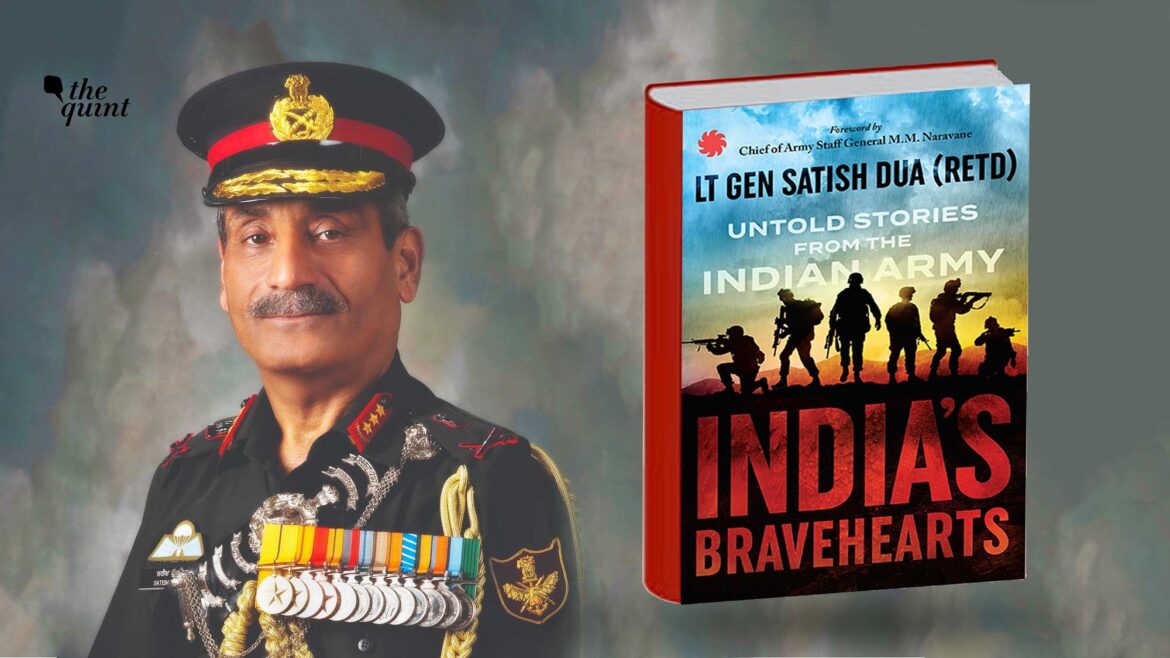 “He was born on Army Day. I had only one Child. I gave him to the Army. No father can be prouder.”

This book is one of my favorite books that I have read so far. It tells the tale of an officer who was once a Lieutenant and retired as Lt. General later. This book has explained the circumstances, experiences, and hurdles of Braveheart. Also, it tells the experience of an officer and how he was shaped into a gentleman whom a lot of people look up to and follow him.

It’s a privilege to hear the story of Braveheart from the experience of Braveheart. This book has twelve chapters and every chapter has its tale to talk about the story of a different soldier. It also shows the relation between the Commanding Officers and his men. Circumstances they face and experience they gain in dealing with the situation.

This book starts with the story of Uri’s surgical strike where General Sahaab has shared the experience and action taken by him when he was the core commander. He has explained the operation in subtle language and without revealing any crucial information that is not needed to be in the public domain. This chapter is one of my favorite chapters where I could read it again.

There are two more chapters that I liked a lot and have a special place in my heart. One of them is the “Mai aur Meri Helmet”, Which gives insight into the safety measure followed by the soldiers and commanding officers. It intrigues me how a soldier and High-Rank Officers are equal if he is part of the operation. General Sahaab was ordered to wear a helmet as the Subedar Major Sahaab has instructed his men not to let General Sahaab be a part of ambush if he didn’t wear a helmet. It was a surprise that even General Sahaab has to follow the rules set by his team.

Another Chapter that made me introspect is “Don’t call the Soldier”, which shows the worry of a commanding officer if his men are tense during the operation which could lead to fatal injury or mistakes during the ambush. He has mentioned how one of his men was so frustrated as a hot iron that he warned people around him. He had later solved the issue by discussing it with him. One must read this book to know how a leader should lead his team when they are in distress.

If one could gain from this book is the experience to tackle their problems and get to know how the soldiers feel and live in extreme conditions. This book is filled with so many experiences where one soldier will never tell his pain when he is injured. It tells the story of a father who lost his only child. A Child cherished by his parent has decided to give his life to the very people who threw stones at him. It’s a story of a true warrior who gives you the experience and teaching to be followed.

This book is written in simple language. There is minute use of technical words which could be understood by any type of reader. If one has to understand the view and experience of the soldiers this book is an amazing read.

What was added in your vocabulary?

2.     Petering- decrease or fade gradually before coming to an end.

3.     Spurred- to encourage his plan to work harder/faster.

4.     Colloquially- used in spoken conversation, not in formal situations.

5.     Hinterland- the areas of a country that are away from the coast, from the banks of a large river, or from the main cities.

6.     Vacillating- to keep changing your moods or opinions about something, especially in a way that annoys other people.

“To the brave Indian Soldier, who asks for so little, yet is always willing and ready to risk his life for the country.”

Don’t call the soldier and vocabulary para is my favourite & another amazing good job done by my friend.
Must read 🙏

Well Done 🙏 Keep It Up 🇮🇳

Such a great review didi.. interested to having one…. 🧡🤍💚
keep going …