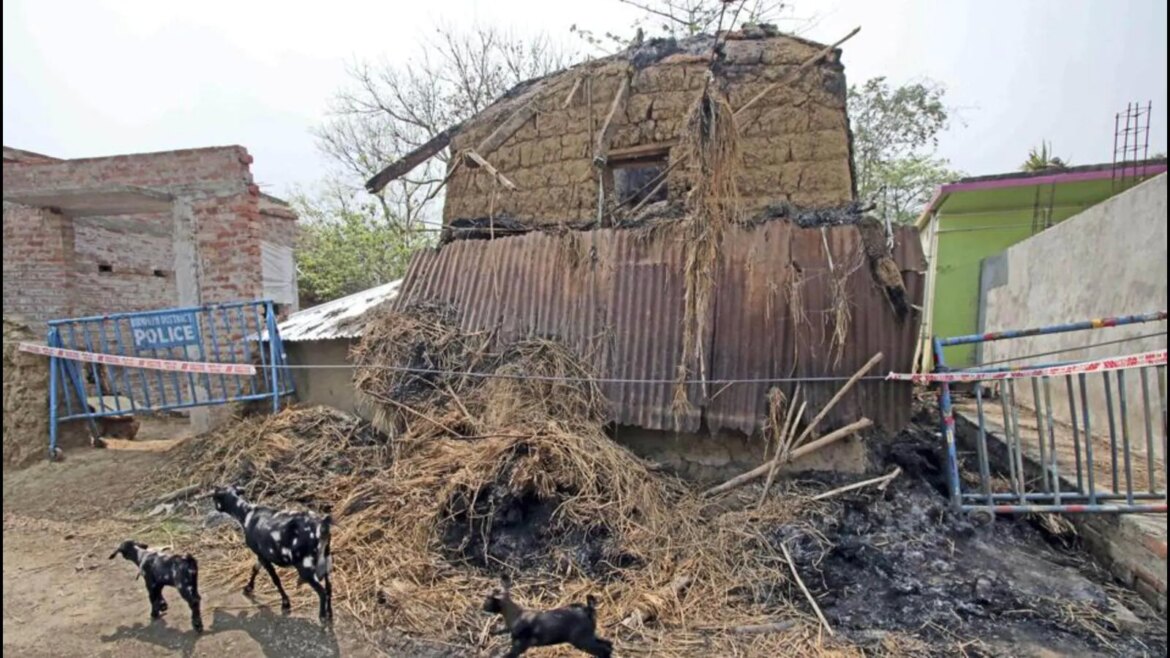 West Bengal chief minister Mamata Banerjee said in public last Sunday that the attackers and the victims all belonged to her party.

A few crude bombs were seized by police on Sunday afternoon at Bogtui village where, on the night of March 21, around 10 houses were attacked and eight people were burnt to death in retaliation to the murder of Bhadu Sheikh, the local Trinamool Congress (TMC)-controlled Barshal village panchayat deputy chief who died of bomb injuries shortly before the arson began.

A ninth person died in hospital earlier this week. Among the arson victims, six were women and two were suspected to be children. The government is yet to announce their identities.

Relatives of the victims alleged that Bhadu Sheikh’s followers hurled bombs indiscriminately before setting their houses on fire.

The bombs were kept in a plastic drum that was found buried in the ground beside the home of Palash Sheikh, one of the prime suspects arrested for Bhadu Sheikh’s murder, said a Birbhum district police officer who did not want to be named. The bombs were diffused through controlled explosion in an open field.

West Bengal chief minister Mamata Banerjee said in public last Sunday that the attackers and the victims all belonged to her party. The villagers and relatives of the victims have alleged that Bhadu Sheikh’s murder was the fallout of his old enmity with a rival group of the TMC over share of profits from sand and stone quarries and extortion from transporters. His elder brother, Babar Sheikh, was murdered in the same village in January 2021.

On Sunday, more than 20 actors, poets and intellectuals wrote a letter to the chief minister condemning the Bogtui massacre and demanding protection for the villagers. Among the signatories was actor and director Aparna Sen.

The massacre is being probed by the Central Bureau of Investigation (CBI) following an order by the Calcutta high court on March 25. Bhadu Sheikh’s murder is being investigated by the state police. So far, 22 people have been held for the killing of the villagers while four suspects are in police custody for Sheikh’s murder.