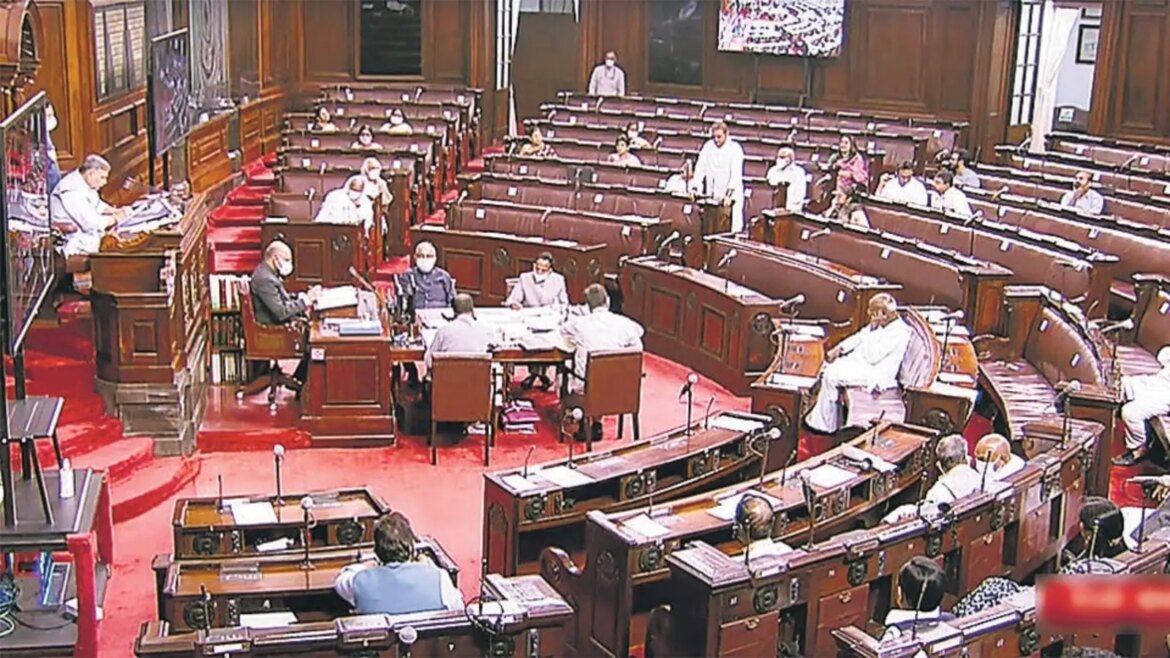 For the first time in its history, the BJP has achieved the feat of having 100 members in Rajya Sabha after the party won one seat each in Assam, Tripura and Nagaland in the elections held on Thursday.

In the recently held biennial polls for 13 Rajya Sabha seats across six states, the BJP lost its solitary seat from Punjab but gained one each from the three northeastern states and Himachal Pradesh where all five outgoing members were from opposition parties.

In Punjab, the Aam Aadmi Party won all five seats.

While the Rajya Sabha website is yet to notify the new tally, the BJP’s numbers will reach 100 if the three seats it has gained in the latest round of elections are added to the existing 97.

The BJP’s tally, despite way short of majority in the 245-member House, highlights its continuous rise since Prime Minister Narendra Modi led it to its majority in Lok Sabha in the 2014 polls. The BJP’s strength in Rajya Sabha was 55 in 2014 and has since steadily inched up as the party won power in a number of states.

The last time a party had 100 or more seats in the Upper House was in 1990 when the then ruling Congress had 108 members before its steady decline after its numbers fell to 99 in the 1990 biennial polls and continued to decline as a stream of states fell out of its rule and coalition era began and continued till 2014.

However, the saffron party’s hold of the landmark may be tenuous as polls to around 52 more seats will be held soon, and it is expected to suffer reverses in states like Andhra Pradesh, Chhattisgarh, Maharashtra, Rajasthan, Jharkhand.

Karan Johar says The Kashmir Files is no longer a film but a movement: ‘You have to watch it to learn from it’

Covid in China: Shanghai in 2nd phase of lockdown, nearly 16mn to be tested